Timothy Bradley is a well-known former American professional boxer who fought for thirteen years, from 2004 until his retirement in 2016. Timothy held multiple world championships in two weight classes including WBO light welterweight title from 2009 to 2012 and the WBO welterweight title twice between 2012 and 2016. Bradley is also known for his trilogy fight against Manny Pacquiao.

Timothy Bradley's Net Worth, Career Earnings, and Prize Money In 2021

Timothy Bradley has an estimated net worth of more than $10 Million. He has accumulated most of his net worth through his successful career in boxing. Professional Boxers also earn a reasonable sum through several other deals like sponsorships, brand endorsements, advertisements, sets. In 2012, Bradley became the “third Top Rank-promoted fighter to be sponsored by Nike. He signed a one-year shoe and apparel deal with the brand. 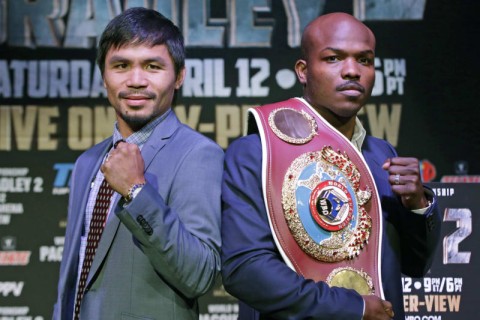 Timothy and Manny face-off before their fight SOURCE: Bleacher Reports

In 2011, Timothy turned down an offer of $1.3 Million to fight Amir Khan. In 2012, Bradley earned $5 Million from his single match against Manny Pacquiao. Manny took home $26 Million. In 2014, Timothy made $6 Million from Manny's rematch, while Pacquiao earned $20 Million. This amount remains as his highest-earning from a single fight.

In 2016, Bradley earned $4 Million against the Philippino fighter, whereas a 37-year-old fighter took $20 million, although the official purse is $7 million, with Bradley collecting $4 million. Timothy fought in more than thirty-five events and won thirty-three fights, so, he must have earned a reasonable sum. In 2016, Bradley signed a two-year extension with Top Rank.

Who is Timothy Bradley's Wife? Know About His Wife and Children

Timothy is married to his school friend, Monica Manzo. The love birds tied their wedding knot in 2010. Although this may be Timothy's first marriage, his wife, Monica, was previously married to her former husband. She has two daughters from her previous marriage. Soon after the wedding, Bradley adopted the two daughters. 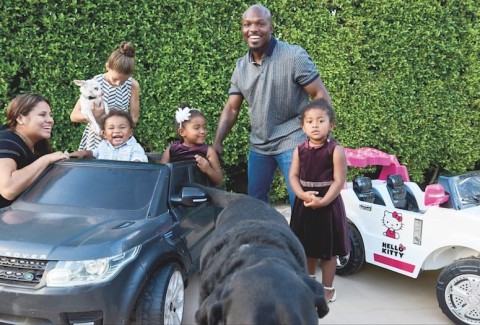 After the marriage, Timothy and Monica have been blessed with three children, Alaysia Bradley, Jada Nicolette Bradley, Robert Bradley. His wife is very much supportive of his work.

Timothy made his professional debut against Francisco Martinez in 2004. It took him some time to get recognition on the global stage. In 2005, He won his first title of WBC Youth Welterweight title against Francisco Rincon. He retained his title in the next five matches.

Timothy fought his last professional fight against Manny in 2016. He lost the fight via a unanimous decision. He finished with a record of 33 wins, two losses, and one draw with 13 knockouts. His loss came against Pacquiao twice.