Tesho Akindele is a professional football player from Canada and currently plays in Major League Soccer. He plays in the forward position for Orlando City Soccer Club. He can also play in the winger position. He has been playing for them since 2019. He wears jersey number 13 for his club.

Orlando's striker Tesho has been playing for the national team of Canada since 2015. He made his debut in 2015 against Dominica. But he scored his first senior goal against the same team on June 16. He was also in the national team squad of Canada for the CONCACAF Gold Cup in 2021.

Tesho Akindele was born on March 31, 1992, in Calgary, Alberta, Canada under the birth sign Aries.

His mother's name and father's name are still not revealed as he barely talks about them in the public. But sources claim that his father was of Nigerian origin while his mother is Canadian. He is pretty close to his mom than his dad. 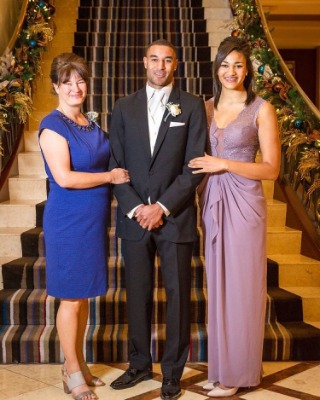 He has never shared his father's information on Insta but shared his mom's photos on multiple occasions.

And he also has a younger sister named Sade Akindele who is also active n Instagram.

So, he comes from a mixed ethnicity but holds the citizenship of Canada.

Read: Who is Mikael Uhre? Personal Information and Bio

He spent his early years in his hometown in Canada but later moved to the United States in 2000 At that time, he was just 8 years old.

There, he attended Northglenn High School, situated in Northglenn, Colorado. Later, he attended Colorado School of Mines where he played college soccer. There he recorded 76 goals which are the school's all-time goal score by a single player. He is also the first player of Colorado School to score three consecutive hattricks. Later, FC Dallas picked him in the first round and sixth overall in the 2014 MLS SuperDraft.

His weight is around 80 kg and has short brown hair.

Tesho's Net worth and Luxuries

Tesho's net worth is estimated to be $700,000 approximately. His main source of income is from playing professional football. He also earns from sponsors and brands deals.

He lives a moderate lifestyle with his family in the  United States.

Read: Lovro Majer's Net worth; His contract and salary with Rennes

TheManeLand claims that Tesho signed a 2-year contract with an option for a year that would guarantee Akindele's guaranteed salary to be $290,000. 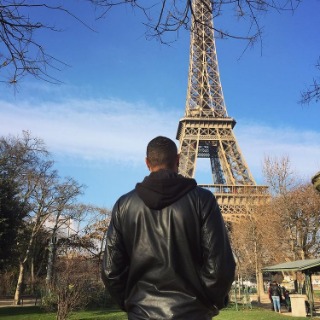 According to Salary Sport, Akindele's salary at Orlando City is £187,200 per year which makes his salary £3,600 per week.

The market value of Tesho

His market value was 800 thousand pounds when he was in Dallas FC.

Orlando bought him from Dallas in 130 thousand pounds.

The Orlando City's forward Akindele is sponsored by many major brands including Nike.

The outfitter of Tesho is a giant brand named Nike. Nike is an international manufacturer of sportswear and different other accessories.

The player frequently shares the boots and jerseys sent by Nike. In May of 2016, he thanked Nike for gifting him the cleats He posts,

Tesho's Relationship Status || Is he married?

Tesho Akindele is currently married to his wife Tay Akindele. The couple has been together for more than 10 years as of 2022.

The couple started dating in the early 10s and has been together since then. It was on December 20, 2015, when the couple got married. They walked down their aisle in their hometown in the presence of their close friends and relatives. 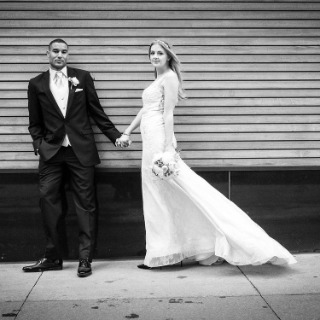 "Happy one year anniversary to my BEAUTIFUL wife! It's impossible to put into words how much you mean to me. All I know is marrying you is the best decision I've ever made and I promise to love you for always!!! "

Who is Tesho's wife Taylor?

Tesho Akindele's wife Tay Akindele, whose original name is Taylor Akindele. She has been with her husband for more than 10 years. 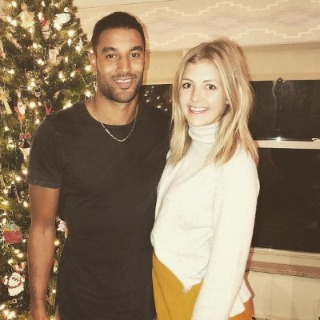 Taylor is famous for being the wife of Orlando's striker Tesho. She celebrates her birthday on April 2nd of every year. In 2016, he wished his lovely wife a happy birthday saying,

"Happy birthday to my beautiful wife. I'm so lucky I get to spend my life with someone as amazing as you! I love you for always!"

Like her hubby, she is also active on Instagram with the username @tayakindele and has more than 200 followers. But we could not extract his further information as she has set her profile to private.

Read: Were Nathan and Polina dating?

Tesho: Father of a child

Tesho and his wife Taylor are blessed with 2 children, both sons. 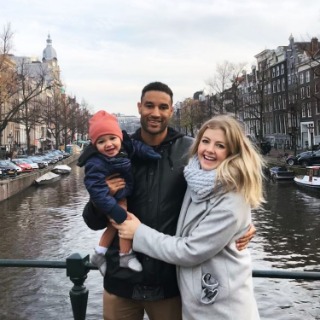 His elder son's name is not revealed but he frequently shares his photos on his Instagram. His second son's name is Rook Akindele who was born on September 7, 2021.

Akindele has an Insta account with the username @tesho13. He has more than 4,000 followers on his IG.