Lovro Majer is a professional football player from Croatia who currently plays in the top French league, Ligue 1. He plays in the attacking midfielder position for the French club Rennes. Majer wears the number 21 for the club on his shirt. Rennes signed him in 2021 from the club Dynamo Zagreb where he joined in 2018 from Lokomotiva.

Lovro Majer was born on January 17, 1998, in Zagreb, Croatia, and his birth sign is Aquarius. But, he was interested in football and used to train at the local level. In 2006, he joined Dinamo Zagreb, a Croatian club's youth team, at just eight years old. After spending two years of his youth career in Zagreb, he joined Dubrava and Trnje for one year each.

Later, he joined Lokomotiva's youth team in 2013. After three years, he was promoted to their senior team at just 18 years of age.

How tall is Majer?

As of 2022, Lovro Majer is just 24 years old and possesses a height of 5 feet 9 inches. His right is recorded to be approximately 75 kg.

He is white in appearance with slightly long yellow hair.

Lovro's Net worth; His contract and salary with Rennes

Rennes's midfielder L Majer has approximately an estimated net worth of 2 million pounds. It includes all his properties, money, cars, salaries, etc. 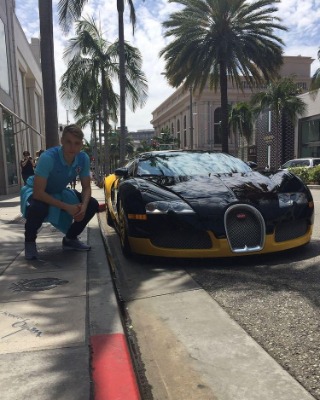 He has not been able to lead a significant partnership with any brands.

Per transfermarkt, French club Rennes bought Majer Lovro from Dinamo Zagreb for 12 million pounds on August 26, 2021. Before that, Dinamo bought it from Lokomotiva at just 2 million pounds in 2018. 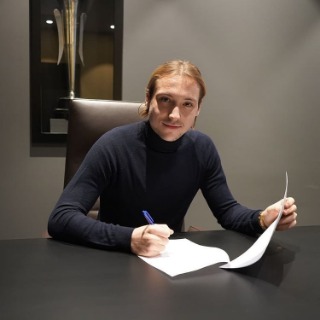 Read:- Contract and Salary of Alexis with AC Milan

Who is Majer dating?

Lovro Majer is a close person and quite secretive about his love life. He has never shared a picture with any girls except with family and relatives. Read:- Who is Arnaut Danjuma dating?

There is not much information regarding love life and relationship status of Lovro. His Instagram is filled with photos of his training, games, and moments with friends and relatives.