Alexis Saelemaekeres is a professional football player from Belgium and currently plays in the Italian top league, Serie A. He plays in the midfielder position for AC Milan. He wears the number 56 for AC Milan on his shirt. Before joining AC Milan in 2020, he was in Anderlecht from 2018 to 2020.

The AC Milan's young midfielder is also named in the senior team of Belgium in 2020 and has already made his debut. In 2021, he has already recorded a goal in his name for his nation. Before, he played in Belgium's U19 and U21 teams but has not a single goal in his name. Primarily playing in the right midfielder position, he is very good at going forward and playing full back in the right.

Alexis Jesse Saelemaekers, mostly known by the name Alexis Saelemaekers was born on June 27, 1999, in Berchem-Sainte-Agathe, Belgium, and his birth sign is Cancer.

The Berchem native was born to his father Romelu Saelemaekers and his mother's name is still not revealed. Sources claim that his father owns a supermarket chain in Belgium. However, it is not confirmed but is worth mentioning. 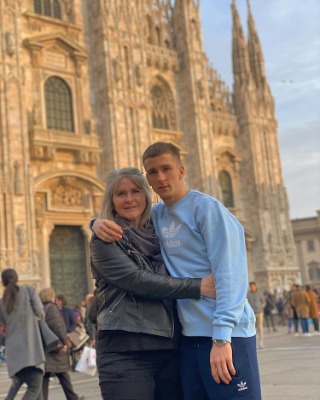 The Belgian young talent has not talked about his parents in public or on social media. But one time, he posted his photo with his mother and added,

"Mom for you, I will take down the moon, so that it can light you up when night comes."

So, he is very close with his mom, but additional info about her is not revealed yet.

He is very close with his mother and never forgets to appreciate her contribution. He once posted the photo of his mother on his Instagram and added the caption,

"Ibu is lucky to have you as a mother"

From Belgium's street to AC Milan: Career of Alexis

Alexis showed his interest in football at an early age. He used to play in the streets of his hometown in Belgium with his friends. Seeing the talent, Anderlecht spotted the young talent before recruiting him in their youth academy.

Alexis Jesse Saelemaekers played his youth career fully in Anderlecht, a Belgian professional football club. There he joined in 2012 when he was just 13 years old and spent further 6 years in the academy of Anderlecht. 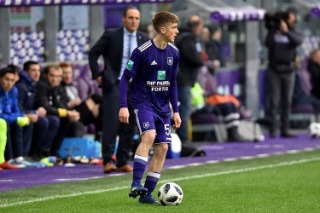 Finally, he got his chance to play for his club's senior team in 2018. There he played for 2 years.

In 2020, AC Milan showed interest in the young talent and joined on loan. And later another transfer season, the same year, he joined AC Milan. Since then, he has been with AC Milan and already made 51 appearances.

As of 2021, Saelesmaekers is just 22 years old and possesses a height of 5 feet 11 inches. His right is recorded to be 72 kg approximately.

He looks average in height and weight and has short grey hair. He is popular for his ball controlling ability and game vision.

Read:- How tall is Rowe? His height and weight

The net worth of Alexis S, His income and his properties

Milan's midfielder Alexis has an estimated net worth of 3 million pounds approximately. His earning mostly come from his professional football. 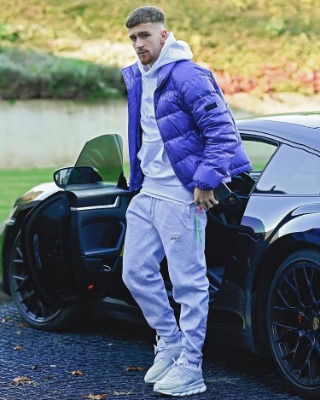 He also earns from sponsorship with different popular brands like Adidas.

He is fond of cars and luxurious items. He often shares his visit to various places and posts them on his social media.

Contract and Salary of Alexis with AC Milan

AC Milan bought Alexis from RSC Anderlecht for the sum of €5.25 million.

According to salarysport, he earns around £1,456,000  per year which makes him £28,000 per week. He is one of the least paid footballers in AC Milan. But considering his age, he can improve a lot and could earn more.

The highest salaried player of AC Milan is their striker Zlatan Ibrahimovic who earns around £9,100,000 per year which is almost 6 times higher than Alexis. 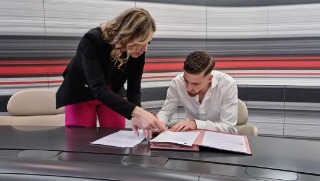 Read also:- Parham's Net worth and Salary (His Cars and Houses)

The market value of Saelesmaekers

According to transfermarkt, the market value of Alexis Saelesmaekers is around €18.00 million approximately.

On his contract with AC Milan, in October, he posted a long statement thanking his friends and family for their support. He said,

"The Salamander remains! I am very happy to continue my story with this great club that welcomed me and made me feel immediately important. It is a wonderful emotion that I want to share with all the people who have accompanied me on this journey and in particular with all the Milan fans who are special. I am proud of my growth which has gone hand in hand with the team. "

AC Milan's midfielder A. Saelesmaekers is sponsored by Adidas, a sports accessories manufacturer. He has been joined with Adidas since September of 2018.

On September 27, 2018, he posted a photo of him signing a contract with Adidas.

He frequently posts promoting their shoes on his Instagram. The other sponsor of Alexis is still not revealed. But the young Belgian player can land more sponsorships and brand deals in the future.

There is not much information regarding the love life and relationship status of Alexis Saelesmaekers. He has never shared a picture with any girls except family and relatives. 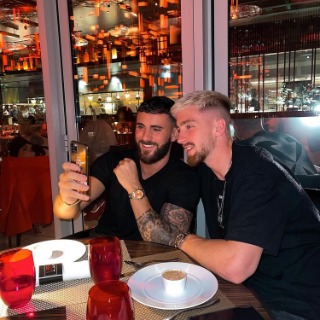 He is a close person and quite secretive about his private life. There is no information regarding Loris's relationship status as he has never shared his moments with any partners or love.

Read also:-The relationship status of Jason; Who is he married to