London, England native Ted Cheeseman was born on 20th August 1995, under the star sign Leo. He holds a British nationality and is of Caucasian ethnic background. The twenty-five years old stands 5 ft 10 in (178 cm).

How Much Is Ted Cheeseman Net Worth In 2021?

As of 2021, Ted Cheeseman has an estimated net worth of $0.5 million. The significant source of boxer income is competing in the ring, a fight purse. Further, there is PPA and sponsorship as well as endorsement like other athletes.

Not much known about his past fights purse, he summoned £50,000 in a bout against Sam Eggington in 2020.

Back in 2019, he opened in the media, he has lost around £1million because of his gambling addiction. “In the last five or six years, I have gambled heavily. I wouldn’t like to put a number on it. It’s high – hundreds of thousands if not touching a million, because I have had a lot of money in the last five years," said Cheeseman.

No, Ted Cheeseman is not married but he is in a relationship with his long-time partner, Jenna O'Reilly. His girlfriend is a former boxer who has won five junior ABAs, competed for England in the European Championships, and also got to the senior finals. Currently, she is playing a key role in The Big Cheese's soaring success. 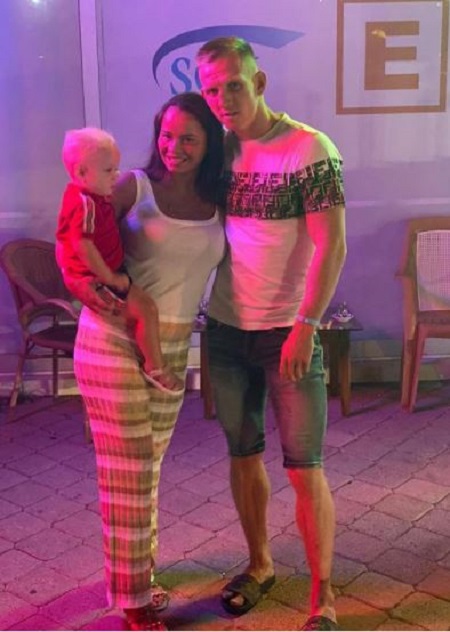 On 27th February 2019, the couple welcomed their first child, Edward Frank Cheeseman. Ted is seen sharing family pictures here and there in his while, Jenna has set her Instagram account private.

On 12th September 2015, Ted made his professional debut at The O2 Arena, London, England where he defeated Gabor Ambrus. In his 9th fight, he won his career's first title "English light-middleweight" in a fight against Matthew Ryan in round three via TKO. Following three more wins, he won another title "WBA International light-middleweight title" defeating Carson Jones via unanimous decision. In the next fight, he retained the title on 6th June 2018 against Paul Upton.

On 27th March 2021, Cheeseman is scheduled to face James Metcalf for the vacant British light-middleweight title.