Tasha Marbury is a stunning wag who is married to a big-shot NBA player, Stephon Marbury. Later, she rose to stardom as a cast member of VH1's reality series Basketball Wives. She was a member of the season 5 cast which premiered on 19th August 2013.

Winston-Salem, NC native, Tasha Marbury was born on 11th January 1976, under the star sign Capricorn. She was raised by a single mother as the eldest child of three.

Tasha and Stephon Marbury tied the knot on 14th September 2002 in a beautiful ceremony.
The couple met while both were in college. Soon they started dating and the rest is history.

They are blessed with two children, Stephon II and Xaviera. Also, she is a stepmother to Stephon's daughter from his other relationship, Stepahaine Marbury. Over the years, Tasha and her husband have been involved in some extremely public disloyalty scandals. The former NBA player had testified in court during the New York Knicks sexual harassment lawsuit. In 2005, he had consensually bedded an intern after a group trip to a strip club.

In the early 2010s, he even confessed that he cheated his wife with his private chef, Thurayyah Mitchell, on more than 5 occasions. Also, he paid her to keep it all quiet.

Over the last decade, they have been stronger and happier than ever. There are no controversies in the media.

Tasha Marbury got the initial celebrity recognization after marrying Stephon Marbury. She later came to the spotlight after starring in the fifth season of the reality TV show, Basketball Wives. It shows the lives of a group of women who are the wives and girlfriends or have been romantically linked to, professional basketball players in the NBA. 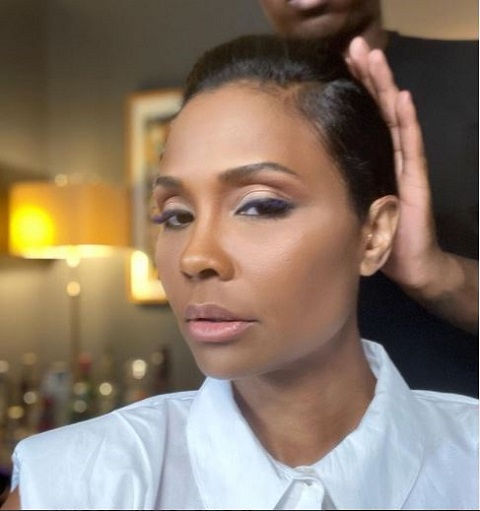 While on the show, Marbury took the opportunity to explain some rumors about her marriage. She stated her husband cheated on her with the family's personal chef Thurayyah Mitchell. But, she has already forgiven her husband and has chosen to let the past be past.

Tasha Marbury has appeared in season five of Basketball Wives. It was reported that the ladies took home $7,500 per episode back then.

After that Tasha did not take the glamour industry as her career path rather she became a full-time house maker and took care of her family.

Her husband, on the other hand, has an estimated net worth of $40 million as of 2021. During his NBA career, Stephon earned more than $150 million in salary before taxes and fees.