Mikkel Hansen is a professional handball player who represents Denmark in international competitions. He currently plays for French club Paris Saint Germain as a left-back. He signed for PSG in 2012 and has been a key player to the French giants. In his incredible career of more than 16 years, he has won the Olympic gold medal, World Championship, European Championship, and many more.

The Danish handball player has been named the IHF World Player of the Year for a record of three times. He won the title in 2011, 2015, and 2018. Th only player to equal the record is his PSG teammate Nikola Karabatic who has also won 3 times. 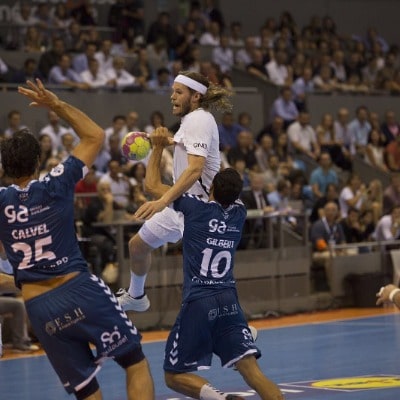 With Denmark, Hansen led the team to the Olympic handball gold medal for the first time in 2016. Later, In 2019, Mikkel led Denmark to their first-ever World Championship where he was named the MVP of the tournament. After 3 years in 2019, he led the Denish team to another World Championship.

Who is Mikkel? (Bio and Family)

Mikkel Hansen was born on October 22, 1987, in Helsingor, Denmark and his birth sign is Libra. As of 2021, he is just 31 years old and currently playing for PSG wearing the number 24. 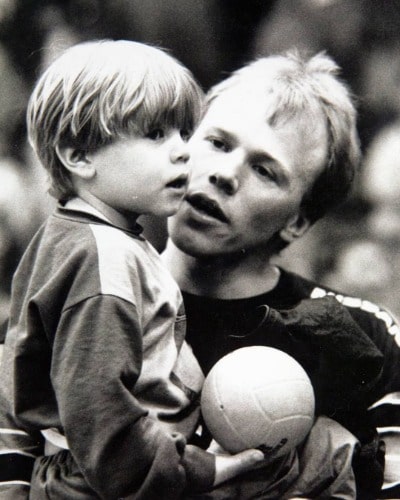 Mikkel Hansen as a kid with his father SOURCE: [email protected]

Flemming is also an Olympian who participated in the 1984 Summer Olympics. Throughout his career, he scored 240 goals in 120 matches for Denmark.

How much is Austin Davis's Net worth?

What is the Net worth of Mikkel Hansen?

According to trusted sources, Mikkel Hansen has an estimated net worth of €12 million. His main source of income is playing professional handball for famous clubs for nearly 2 decades and winning titles along the way.

The 2016 Most Valuable Player of the Olympic Games is one of the top paid handball players in recent time and some sources even claim him to be the highest-paid handball player as of 2021. According to sportekz, he earns a basic salary of €2.5 million and his monthly wage is €120,000 per month. After Mikkel, Hans Lindberg stands second earning a basic salary of  €1.55 million per year. 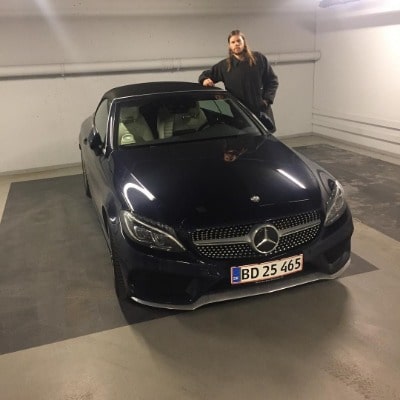 The 2020 Top Goalscorer of the Olympic Games winner's riches also come from various sponsorship deals he has with Mizuno, VitaminWell, and RareWine. In 2019, he signed a 3-year deal with Mizuno. He stated,

"I am proud to be part of the Mizuno brand and its legacy. Mizuno’s research and product development are truly outstanding, and I am looking forward to being part of the journey. Their uncompromising quest for improvement inspires me and I am joining Mizuno with the greatest respect and anticipation."

Mikkel's love life with Stephanie and his son

Mikkel is currently having a relationship with Stephanie Gundelach who is a fashion stylist by profession. The couple lives together sometimes in Paris and other times in Denmark. The pair often share their photos sharing beautiful moments with each other on their social media.

Hansen and his girlfriend got engaged in March 2019 in the presence of their relatives and close friends. However, there are no sources claiming their marriage. 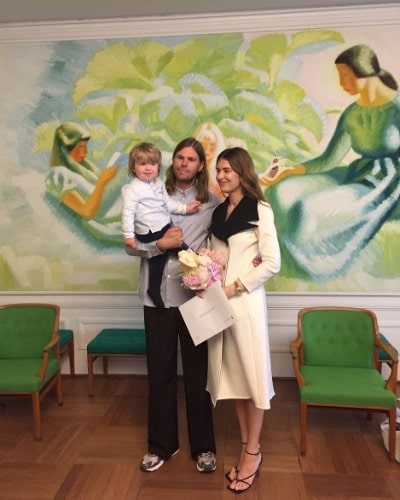 The 2015 IFH World Player of the Year Hansen and Stephanie are proud parents of a son named Eddie Max. Eddie was born in January 2019. so he is 2 years old as of 2021.