Steven Alzate is a rising British-Columbian professional football player. He is currently playing at the professional level in English Premier League. Steven turned professional in 2016 with Leyton Orient at the EFL League Two. Alzate plays as a midfielder for his club and country.

Steven Alzate was born on September 8, 1998, in Camden, England. He is the son of Hector Alzate and his wife. Steven was born to Colombian parents and holds dual nationality. The player has not shared much about his education and academic qualification. Alzate stands five feet and eleven inches tall and weighs 80 kg.

Steven Alzate has an estimated net worth of more than $2 Million. The player credits most of his net worth to his successful football career. Alzate has an annual salary of £780,000 while playing with Brighton & Hove Albion. He has a weekly wage of £15,000. Alzate will receive the same pay until his contract expires in the 2023/24 season. 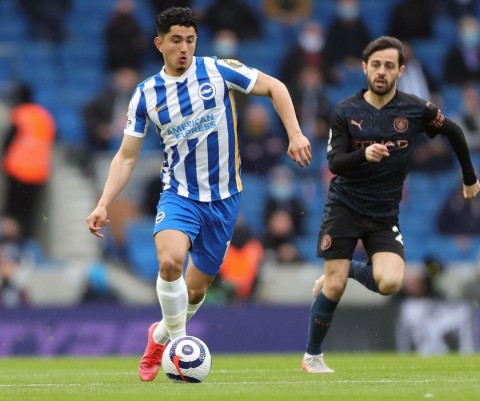 Steven extended his contract until 2024 with a contract fee of $2.08 Million. He is very early in his career and will be making millions in the future. Alzate must be making a handsome amount from their sponsorship and adverting deals. Steven has a sponsorship deal with Nike and DS Sports as per sources.

Who is Steven Alzate Dating? Know About His Girlfriend and Relationship Status

Steven is pretty private about his relationship status. The football player is an active social media user. Following his social media profile, it seems like Alzate is single as of early 2022. The player could be single or dating his girlfriend. Steven is early in his career and must focus on his career rather than spending time with people.

Steven started training with Leyton Orient youth academy in his early days. He represented the club in numerous divisions and made his senior team debut in 2016 with Leyton Orient. The player signed a year contract with the club, appeared in twelve games, and scored one goal for the team. In July 2017, Steven moved to English Premier League club Brighton & Hove Albion for an undisclosed fee.

Steven was born in England and was eligible to play for both England and Columbia. He decided to represent Columbia and has represented the club in numerous divisions. Alzate earned his senior team call in November 2019 and made his debut against Peru. He has appeared in five games for the senior team and will be appearing in many more matches.