Yangel Herrrera was born Yangel Clemente Herrera Ravelo on January 7, 1998, in la Guaira, Venezuela. He is the son of Yasmely Ravelo and Angel Herrera. Much about his sibling's and parent's occupation is under the radar. Herrera stands six feet and weighs 85 kg, talking about his physical appearance.

Yangel Herrera Herrera has an estimated net worth of more than $2 Million. The player credits most of his net worth to his football career. Herrera must be making a handsome amount from his sponsorship and advertising deals. As per sources, He has an annual salary of £832,000 per his contract with the City in 2022. Herrera has a weekly wage of £16,000 with the club. 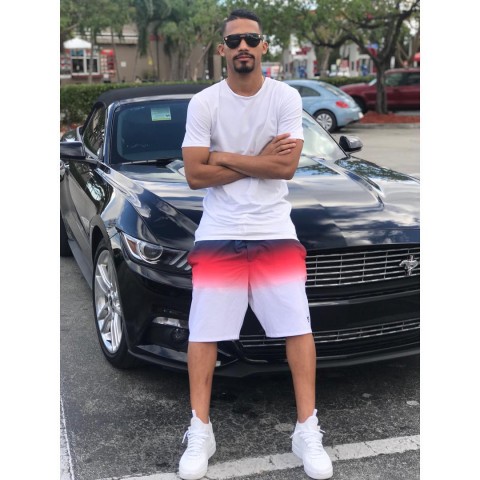 Yangel shares a photo with his car SOURCE: [email protected]

Yangel took home a salary of €720,000 while playing with Espanyol in La Liga with a weekly wage of €13,846. David Lopez was the highest-paid player for the club with a salary of €4.5 Million. Herrera started his career with a basic salary of £3,120. His salary increased to £832,000 after signing a contract with City. He is very early in his career and will be making millions in the future.

Yangel lives a happy life with his girlfriend, and daughter Herrera is dating his longtime girlfriend, Yerika Ardile. The love birds have been dating each other for more than three years. In February 2021, The player opened about expecting their first child with Yerika. The following month, They shared the gender of their child as a daughter. Yangel shares a photo with his girlfriend and daughter SOURCE: [email protected]

In September 2021, The family of two extended to three with the birth of Kendall. Yangel keeps sharing his daughter's photos in his timeline regularly.

Yangel started training with Monages' youth academy in his hometown. He moved to Athletico, Venezuela, in 2016 and made his professional debut with the club. The player signed a one-year contract with the club and appeared in thirty-two games. In early 2018, Herrera moved to England and joined Manchester City on a long-term deal.

Yangel was loaned to New York City FC in the MLS for two seasons. He appeared in thirty-eight games for the club and scored one goal. In 2019, The player was loaned to Huesca for the last six months of the 2018/19 season. In early 2019, Herrera moved to Granada in the Spanish football league. He had a good time with the club and appeared in sixty-two games. For 2021, Yangel played with Espanyol in La Liga for a season.

Yangel has returned with Manchester City for the 2022 season. He is yet to get a chance to play for the club.