Stefan Mitrovic is a Serbian professional football player who plays primarily as a center-back for Serbia's National Team and the Spanish football league, La Liga. He wears the number 23 jersey while playing for Gent.

Besides playing for several European football clubs, he has been representing Serbia since 2013.

Stefan Mitrovic was born on May 22, 1990, elgrade, SFR  Yugoslavia. He holds a Serbian nationality and belongs to the White European ethnicity.

He has been highly interested in playing football since his early days as a child, and to fulfill his ambitions of becoming a football, and he joined the youth squad Serbian football teams such as Red Star Belgrade and Rad.

Stefan Mitrovic's Net worth and Salary

Stefan Mitrovic's total net worth, combined with his assets and earnings, could be $2 million. 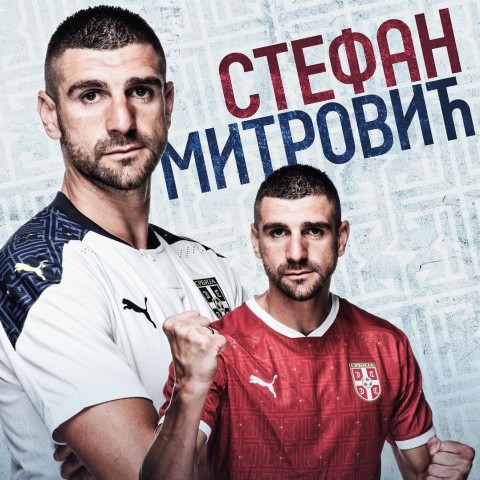 With his accumulated wealth, he has amassed a lot of money and is living a comfortable life.

Mitrovic began his senior playing career with the Slovakian football club FC Petrzalka, in 2010 and then was transferred to the Czech Republican football club, FC Zbrojovka Brno, in 2011.

After playing a few matches for Brno, he moved back to Serbia and joined Metalac during the 2011/12 season.

Mitrovic then signed a three-year contract deal with Belgian professional league club Kortrijk in early June 2012. He scored three goals in 22 matches and left the club.

He then signed a five-year contract deal with the Portuguese football club SL Benfica, in 2013 and played only for the reserve team. While playing for the Portuguese club, he was transferred to the Spanish club Real Valladolid, on a loan for the rest of the 2014 season.

The Serbian defender signed with German professional football club SC Freiburg, on July 2014 for a repOctober 4nsfer fee of €1.175 million and made his Freiburg debut against Werder Bremen on 4 October 2014.

He was transferred to the Belgian football club Gent as a loan move during 2015/16 and signed a permanent contract with the club in 2016.

He made his international deMay 31r the Serbian national football team against Panama on May 31, 2014.

Since his debut in 2014, he has made 13 appearances for Serbia and is yet to score an international goal for the team.

Currently 32, Stefan Mitrovic stands at a height of 6 feet 2 inches tall and weighs around 82 kg. He is married to his wife, Kristina Mitrovic, and the couple is blessed with September 7ughter and a son. 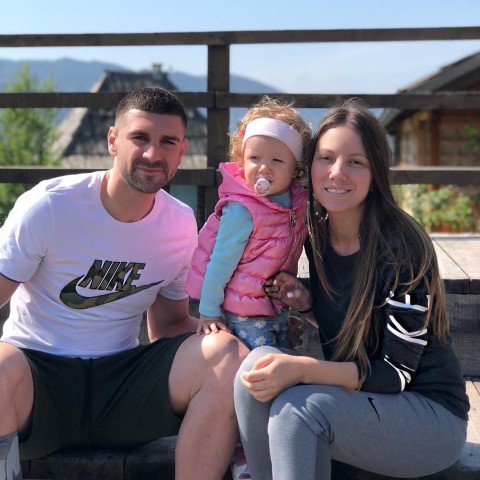 Stefan shares a photo with his wife and daughter  SOURCE: [email protected]_mitrovic

Their daughter was born on September 7, 2016. The family looks happy and contented and enjoying life at the moment. In 2019, The duo welcomed their second child.