He has also played for top-level European football clubs like Wigan Athletic and Nottingham Forrest and has represented Serbian national senior team since 2006 appearing in 79 matches.

Stojkovic has represented Serbia in 2006 and 2014 FIFA World Cup as well as 2008 Summer Olympics.

He was born on  28 July 1983 in Loznica, Serbia and belong to a family with a sports background. His father, Vladeta Stojkovic was a goalkeeper and mother, Kosa was a discus thrower. His elder brother, Vladan Stojkovic was also a professional goalkeeper who played at Portuguese clubs.

Vladimir Stojkovic's Net worth and Salary

Stojkovic's net worth could be estimated to be above $ 900,000 by looking at his professional playing career as his primary source of earning comes from playing football.

Vladimir Stojkovic began playing senior football by joining the main team of the Red star in 2001 and was immediately loaned to FK Leotar in 2003.

The Serbian goalkeeper then signed with another Serbian club, FK Zemun in 2004 and returned back to Red Star in 2005. He became the fan favorite when he saved a famous penalty from Antonio Cassano, as his team defeat  AS Roma and went on to win Serbian Superliga in 2005/06.

After his success with the Red Star, he signed with French football club, FC Nantes in 2006 for reported transfer fee € 3 million and after struggling to find a place at the club was loaned to Dutch team,  SBV Vitesse for a six-month deal in 2007.

He signed a five-year contract with Portuguese club, Sporting Clube de Portugal for a transfer fee of   €1.1 million on 11 July 2007.

The Serbian goalkeeper was then transferred to European clubs like Getafe, Wigan Athletic and his old club,  Partizan.

After winning the Serbian Cup in 2010/11 as a part of the team of  Sporting, he returned to his homeland and joined with his former team, Partizan.

He signed a six-month contract deal with Greek club, Ergotelis FC on 25 January 2014 and later on 10 June 2014 signed a three year deal with Israeli club, Maccabi Haifa FC and was the part of the team that went to win Israeli state cup in 2015/16.

He is currently playing for his old team, Partizan whom he signed a new contract for four years on 23 January 2018.

After playing for Serbia in their youth teams and representing Serbia in 2008 Summer Olympics, he made his debut for senior Serbian team against the Czech Republic on 16 August 2006.

Vladimir Stojkovic is expected to play along with midfielder, Adem Ljajic, defender, Dusko Tosic for Serbian team led by Aleksandar Kolarov at the 2018 FIFA World Cup in Russia.

Vladimir, age 34, stands at a massive height of 6 feet  5 inches and weighing around 92 kg. He was married to his former wife, Bojana Stojkovic, a model by profession in June 2009. The former pair first met each other at the airport in 2006 and dated each other for three years.

The marriage ceremony was held in the Church of the Holy Ružica on Kalemegdan on June 12, 2009.

Vladimir and Bojana have a child, boy, Lava Stojkovic born on April 29, 2011, together. 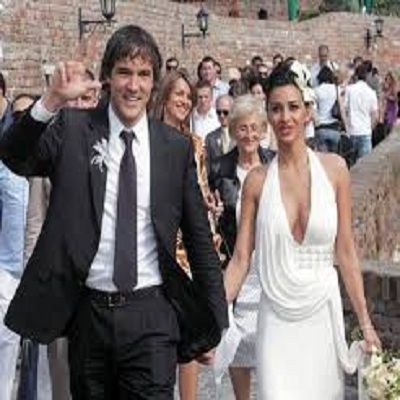 They started having ups and downs in their relationship at the end of 2011. Vladimir was in controversy after he was spotted adulterated at the club. He beat his wife which ended her in an emergency ward in December 2011.

The footballer was rumored to have affair with model Dejan Živkovic in 2012. He also blamed Bojana for cheating him with Branislav Djurdjevic. They finally divorced in 2013.