Srisaket Sor Rungvisai is a well-known Thai professional boxer. He has been competing professional boxing since 2009. Srisaket is most known for holding multiple super-flyweight world championships titles. He was the WBC champion from 2013 until 2019. Sor is ranked as the best world's best active super-flyweight fighter by several sporting magazines.

Srisaket Sor Ryngvisai was born Wisaksil Wangek on December 8, 1986, in Uthumphon, Phisai, Sisaket, Thailand. Wangek is the only child born to Juemsak Wang-eak and his wife, Noorat Wang-eak. He grew up in poverty and followed a family tradition of training in Muay Thai, competing in hundreds of regional bouts to support his family. Talking about his physical appearance, Srisaket stands five feet and three inches tall and weighs 52.2 kgs.

Srisaket has an estimated net worth of more than $2 Million. Sor must have earned his hefty net worth through his successful career as a professional boxing player. Besides, he must be earning a reasonable sum from his sponsors and advertising deals. In 2017, Wangek made $75,000 for the fight against Roman Gonzalez. He won the match, but his opponent took home more than $500,000 as his guareented prize money. 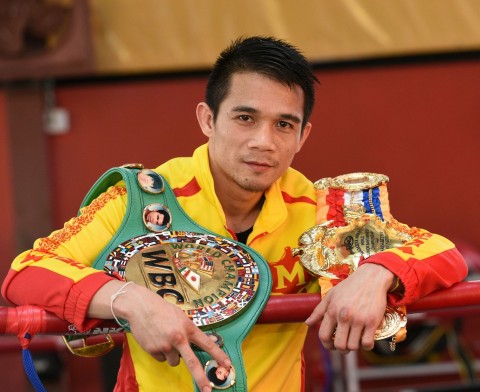 Shortly after the match, Rungvisai had a rematch with Roman and won the game. For this rematch, his paycheck increased to $175,000. In 2018, the Thai boxer made more than $250,000 as his fight purse against Juan Francisco Estrada while his opponent earned $100,000 for the fight.

Who Srisaket Sor Rungvisai's Dating? Know About His Girlfriend and Relationship Status

Srisaket might be living a happy and single life on his own. There is not much information about his love life. However, some online sources claim him to be married. As per those sources, Srisaket tied his wedding knot with Pornpimol Sankaew in 2018. 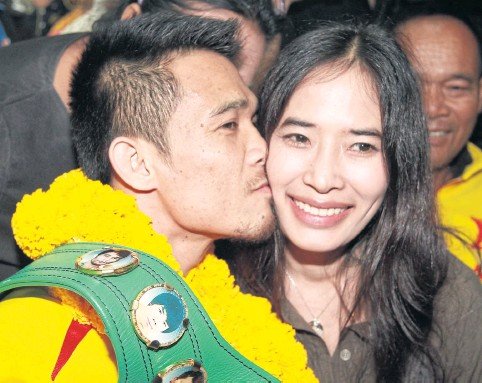 Moreover, Rungvisai was in a romantic relationship with his longtime girlfriend, Patchareewan Kanha. The love birds met each other at a very early age as Sor had not even started boxing while they met each other. In September 2017, Srisaket proposed to her in front of his family and supporters at Suvarnabhumi Airport.

However, In May 2018, when both of them were about to get married, they separated suddenly. Both of them have not mentioned a word about their separation. There have been no other rumors of him dating anyone

Rungvisai did several jobs to support his family initially, before turning to boxing. He signed with Nakornloung Promotion in 2009 and started his amateur boxing career. He lost his first three matches out of five fights. In 2011, Sor won his first title of WBC-ABCO super-flyweight championship against Erick Diaz. The boxer defended his title in the next few matches.

In 2019, Srisaket lost his WBC and The Ring super-flyweight titles against Estrada.  He has fought in fifty-five professional bout and has won forty-nine while losing five fights. On March 12, 2021, Sor Rungvisai is going to face Kwanthai Sithorseng.