Roman Gonzalez  II is a well-known Nicaraguan professional boxer. Earlier, he was ranked as the world's seventh-best active super flyweight by The Ring magazine. Roman has won several international titles to his name. He held the WBA super flyweight title 2020-21 and also held the WBA minimumweight title from 2008 to 2010. He is best known by his nickname"Chocolatito."

Roman Gonzalez was born Román Alberto González Luna on June 16, 1987, in Managua, Nicaragua. He is the son of Roman Gonzalez and his wife. Roman holds Nicaraguan nationality. Roman stands five feet and three inches tall and weighs 52 kgs. He has a fighting stance of Orthodox.

Roman Gonzalez has an estimated net worth of $3 Million. Gonzalez has been earning a paycheck in six figures from his single matches. In 2014, he earned $65,000 for his fight against Akira Yaegashi. Shortly after that, he took home $70,000 as his guareented money and made $200,000 with PPV shares and bonus amount for the fight against Rocky Fuentes.

Relationship Status of Roman Gonzalez II; Know About His Girlfriend

Reportedly, Roman was was earlier married to Raquel Doa. They tied the knot in 2009 and separated in 2011.

Currently, he is in a romantic relationship with his longtime girlfriend, Sofia. The love birds have been dating each other for more than five years. Although he is an active social media user, he does not post about his girlfriend and his love life. Sofia keeps attending to her boyfriend's fights regularly. 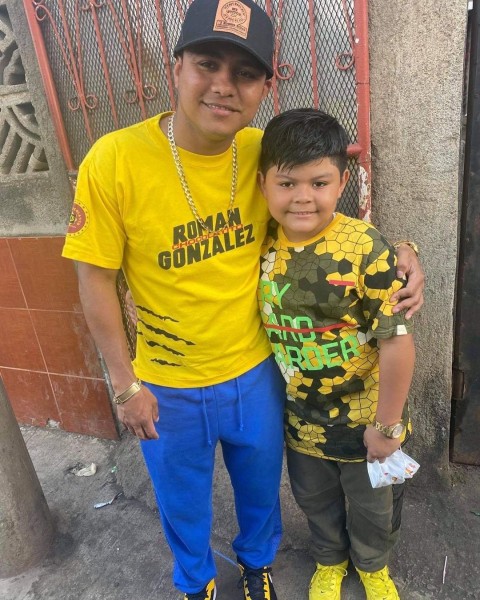 Roman is the father of a son, Román Alberto Gonzalez Jr. He was born in 2013 from his former girlfriend, Raquelita Doña. He is very much close to his son and keeps posting photos.

Roman completed his amateur career with an 88–0 record in official amateur bouts. He won the light flyweight gold medal at the 2004 Central American Championships. Gonzalez turned professional in 2005. He made his debut in 2005 against Ramon Urbina. The fighter got his first chance for a title match in 2006 for the vacant Federentro and Nicaraguan light flyweight titles. He eventually won the match against Oscar Murillo.

Gonzalez retained his titles in the next few matches. In 2008, Roman won the WBA minimumweight title against Yutaka Niida. In 2010, He won the vacant WBA interim light flyweight title. After retaining his title for more than five matches, The fighter won the WBC and The Ring flyweight titles against Akira Yaegashi. In 2017, Roman list his first match in his professional career against Srisaket Sor Rungvisai and lost his WBC super flyweight title.