Sharife Cooper is a rising American college basketball player. He has been playing in the Southeastern Conference for the Auburn Tigers. Sharife made it to USA Today All-USA Player of the Year in 2019. Cooper was a consensus five-star recruit and is ranked among the best point guard in the 2020 class.

Sharife Cooper was born Sharife Omar Cooper on June 11, 2001, in Newark, New Jersey. He is among the four children born to Kindall Cooper and her husband, Omar Cooper. Sharife has two sisters named Te'a Cooper and Mia Cooper and a brother named Omar Cooper. His elder sister, Te'a, is an American professional basketball player for the Los Angeles Sparks of the Women's National Basketball Association. After graduating from John McEachern High School, He enrolled at Auburn University. Talking about his physical appearance, Cooper stands six feet and one inch tall and weighs eight-two kgs (180 lb).

Newark Native Sharife started playing basketball in his Middle school. He made it to his High School team in his freshman season. Cooper averaged 16 points and 4.4 assists per game. Th basketball player led McEachern to a 29–1 record and an appearance in the Georgia High School Association (GHSA) Class 7A state semifinals. In his sophomore year, he led the Indians to a state quarterfinals appearance while posting a 26–3 record. 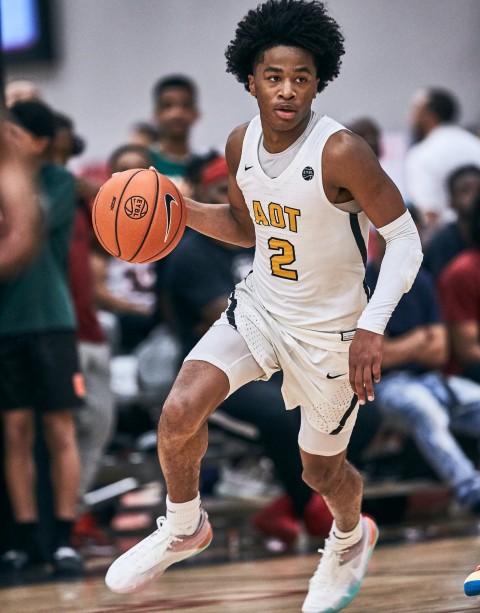 Sharife currently plays for the Auburn Tigers in SEC SOURCE: The Athletic

At the end of sophomore year, Sharife earned national attention when he made 42-point against Jahvon Quinerly in the quarterfinals of the City of Palms Classic. Cooper averaged 27.2 points in the junior year, 8.1 assists, 5.6 rebounds, and 4.3 steals per game. He led McEachern to a perfect 32–0 record and the first state title in school history. Sharife won more than half a dozen awards, including USA Today All-USA Player of the Year, MaxPreps National Player of the Year, Mr. Georgia Basketball, and a few more.

Sharife almost made it to the 2020 McDonald's All-American Boys Game. At the end of his High School, He got several scholarships but committed to play for the Auburn University and became the most highly rated recruit in the school's history and its second five-star recruit.

Cooper made his debut in January 2021 against Alabama and scored 26 points and had nine assists, four rebounds, and three steals. In March 2021, He was named to the SEC All-Freshman Team. After finishing a season, Cooper decided to declare for the NBA Draft 2021 and Charles Bassey and Davion Mitchell.

Like that of his other teammates, Cooper has remained silent about his girlfriend and relationship status with the public. He seems to be focused on his career and making it to the NBA on the very first attempt. Sharife is an active social media user, and following his posts, it seems like, He is single and happy.

Does Sharife Earn From His College Basketball?

It is a matter of fact that, All players representing in the SEC do not get paid for their games. To cover their expenses, Universities offer them numerous scholarships. Cooper is expected to land a huge contract worth ten of millions in the upcoming 2021 NBA Draft.