Davion Mitchell was born on September 5, 1998, in Hinesville, Georgia. He is the only child born to his parents. Mithcell rose to fame only after his successful career so, He is yet to share about his parents and siblings. After graduating from Liberty County High School in 2016, Davion enrolled at Auburn University but transferred to Baylor University in 2019. Talking about his physical appearance, Davion stands six feet and two inches tall and weighs 93 kgs ( 205 lb).

Mitchell started playing basketball from his Middle school. He played for his High School team and won numerous awards and accolades to his name. In his junior year of High School, he averaged 24.2 points, 7.1 assists, and 2.9 steals per game and led his team to its first Class 4A state title. At the end of the season, Davion was named Savannah Morning News Player of the Year. 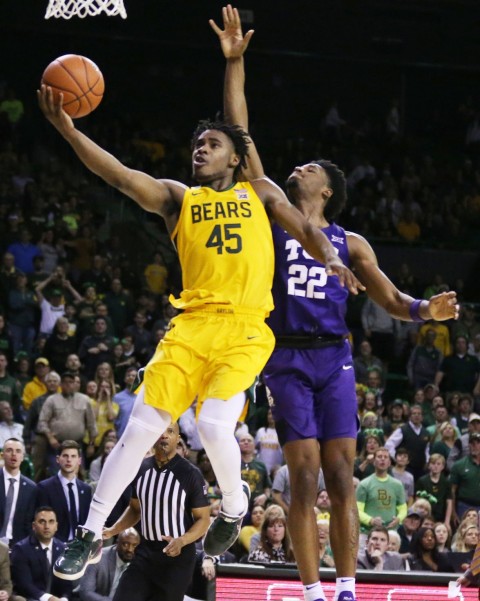 Davion averaged 23.8 points, 5.3 rebounds, and 5.2 assists per game in his senior year. He competed for the Georgia Stars on the Amateur Athletic Union circuit. At the end of High School, Mitchell was a consensus four-star recruit. Universities like Cincinnati, UConn, Florida, Georgia, and a few more approached Mithcell with numerous scholarships, but Davion chose to remain with Auburn.

Dallas Native Mithcell averaged 3.7 points and 1.9 assists per game as a backup point guard in his freshman year at Auburn. For his sophomore year, Davion transferred to Baylor University. He could not play in his first year due to the NCAA transfer rules. During his sophomore season, Mitchell was a starter on one of the top teams in the nation.  He was named Big 12 Newcomer of the Year and won All-Defensive and All-Newcomer Team honors.

Know About Davion Mitchell's Net Worth, Earnings, and Contract

Davion has been playing in the NCAA division. He is among the highest-rated defensive player in the league. Many experts pick him to be drafted in the very first round of the NBA 2021 draft along with Greg Brown. While he could opt to come back to Baylor, most believe he will enter the draft. As per sources, Detriot Pistons are keeping an eye on the Baylor guard.

Who is Davion Mitchell Dating? Know His Girlfriend and Relationship status

Georgia Native, Mitchell is very much private about his personal life. He is yet to utter a single word about his relationship. It remains a mystery to the public whether Davion is single or dating someone. Following his social media posts, it seems like Mitchell is single as of early 2021 but he could be secretly be dating someone and waiting for the right time to open about his relationship.