Te'a Copper is a well-known American professional basketball player. She has been playing for the Los Angeles Sparks in the Women's National Basketball Association. Cooper joined the team in 2020 after Spark picked her up in the 2nd round of the WNBA 2020 draft.

Te's Copper was born Te'a Omari Cooper on April 16, 1997, in Montclair, New Jersey. She is among the four children born to Omar Cooper and his wife, Kindall Cooper. There is not much information about her parent's professional career. Cooper has three siblings, Mia and twins Sharife and Omar. Te'a's sister, Snarife, is also a rising American college basketball player for the Auburn Tigers. Te'a graduated from McEachern High School and enrolled at the University of Tennessee.

Te'a Cooper has started earning from her professional career in 2020. Before this, Cooper played for her university team, which paid her a minimal amount of money. Te'a signed a one-year contract with Los Angeles Sparks for the 2020 season with $59,750 as her salary. 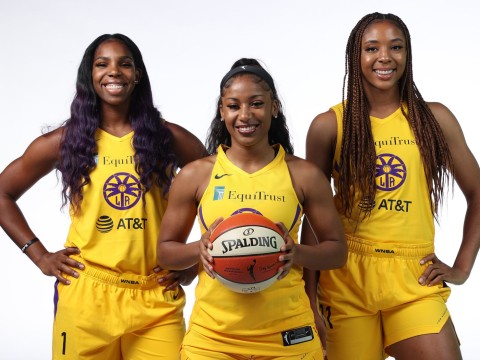 Te'a Cooper with her teammate's SOURCE: Silver Screen and Roll

Cooper was selected 18th overall by the Phoenix Mercury in the 2020 WNBA Draft but was waived on May 26 when the team announced their final roster. Soon after that, Sparks signed her for a year. She is very much early in her career as this is the first ear of WNBA. Te'a will surely be earning in six-figure's in the days to come.

Te'a's fiance, Howard, has an estimated net worth of more than $100 Million. He has accumulated most of his net worth through his successful career with the NBA. He started his career with Orlando Magic in 2004 and has been playing for almost two decades.

Who is Te'a Cooper's Boyfriend?

Te'a Cooper is engaged to her longtime boyfriend, Dwight Howard. The love birds have been dating each other for more than two years. They got engaged in early 2020 in a private engagement ceremony. Both of them are very active social media users and can be seen in each other's timelines regularly. Howard is an American professional basketball player for the Philadelphia 76ers. 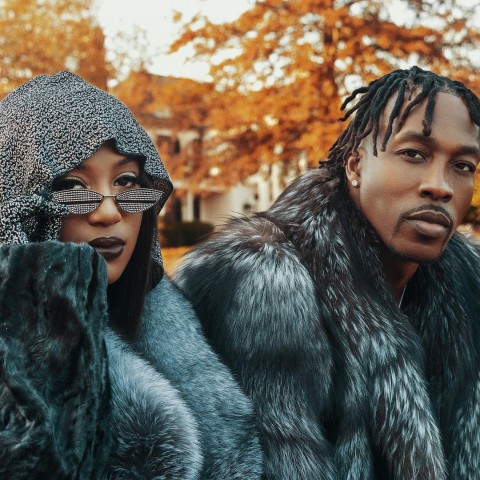 The duo seems to be very much supportive of each other. Although This may be Cooper's first relationship, her fiance, Dwight, is the father of five children. All of his children are born from five different women. She seems to be loving her time with Howard's children and can be seen in her posts.

In the 2019–2020 season, Cooper played for the Baylor Lady Bears basketball team as a graduate student. In 2020, Phoenix Mercury drafted her in the 2020 WNBA draft but released her right before the season. Sparks took this opportunity and signed a year deal. She has been playing at the peak of her career.