Shannon Courtenay is a renowned British personality who has garnered fame due to her amazing pro boxing skills. She fights under the Bantamweight and Super bantamweight division and has maintained an amazing winning record streak. Besides, she has even won a gold medal at the 2015 Haringey Box Cup. Currently, she is setting her eyes on the vacant WBA World Female Bantamweight Title.

Hailing from the suburbs of Abbots Langley, United Kingdom, Shannon Courtenay was born in 1993. She celebrates her birthday on the 3rd of July every year. Likewise, she goes by the nickname of "The Baby Face Assassin." Her mother's name is Jane. As per some sources, her father left her family when she was just a child. Other than that, it is known that she has a brother.

Shannon Courtenay took professional boxing so that she can change her lifestyle and help her family. As she went on training and learning, she became more interested in boxing. In 2015, she competed at the Haringey Box Cup and managed to win the gold medal. 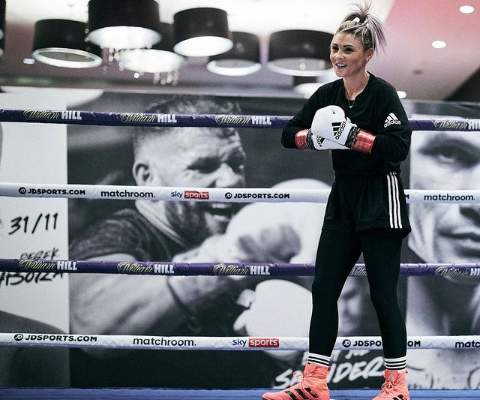 Following that, she wanted to compete in the 2020 Olympics, but there were still more years left for that event. So, she signed a contract with Eddie Hearn and made her professional debut on March 23, 2019. Her debut match was against Cristina Busuioc, which she won by points decision.

One month later, on April 20, 2019, she competed against Roz Mari Silyanova and won that match too. Following two straight pro wins, her confidence was into the sky. She continued to win her upcoming matches too defeating the likes of Valerija Sepetovska (Round 2 TKO), Jasmina Nad (Points Decision), and Buchra El Quaissi (Round 5 TKO).

However, the amazing 5 matches winning streak was broken when she faced Rachel Ball on August 14, 2020. She lost the match via points decision. Nonetheless, Courtenay backed herself up and got back on the winning ways when she defeated Dorota Norek on December 4, 2020.

On April 10, 2021, she was all set to take revenge for her loss as she was once again scheduled to face Rachel Ball. But, as Ball was recovering from COVID-19), the match got canceled. The cancellation became a fortune for Courtenay as she got the chance to capture the vacant WBA World Female Bantamweight Title.

To win the title, she has to defeat the ANBF Australasian Super Bantamweight champion, Ebanie Bridges. The match is scheduled to happen on March 10, 2021.

Who is Courtenay's Boyfriend?

The British pro boxer is a happy woman who is in a blissful relationship. She is dating a handsome man named Mark Parks. 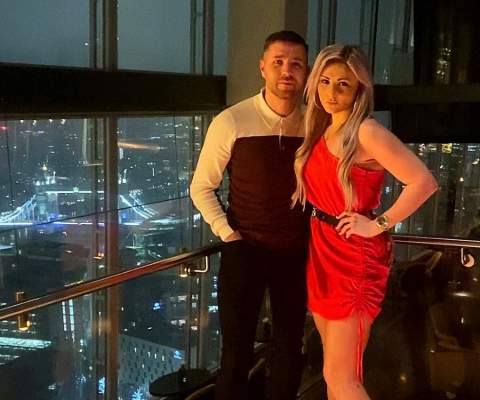 The two have been in a relationship for a while now and going through Courtenay's Instagram post of February 14, 2021, it seems that they love each other very much and their togetherness is meant to be forever.