Sean Woodson is an American professional MMA fighter who competes in the featherweight division. As of June 2021, he has a fight record of seven wins and one loss.

Woodson's first pro fight was against Kevin Brown Jr on September 30, 2016, on the undercard of RFA 44 Moises vs Freeman. Woodson won the bout via guillotine choke at 1:35 of round one. He next defeated Coltin Cole on January 28, 2017, at Shamrock FC - Shamrock 283 via technical knockout at 2:38 of round one. 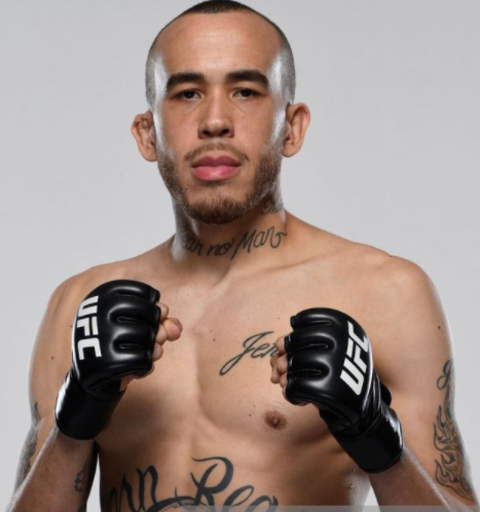 At Shamrock 290 on June 2, 2017, he thrashed Rashard Lovelace at 5:00 of round 3. He had his fourth straight career win by defeating Seth Baster at Shamrock 295 on September 22, 2017. In a rematch, Rashard Lovelace failed to have a win over Woodson at Shamrock 311 on November 2, 2018. He enjoyed his seventh victory at Dana White's Contender Series - Season 3, Episode 5 in a brawl against Terrance McKinney.

Woodson made his UFC debut on the undercard Reyes vs Weidman competing against Kyle Bochinak. After the fight, he got the unanimous votes and tallied his win record to seven. He had his first career defeat at UFC - Poirier vs Hooker on June 27, 2020. He yielded to Julian Erosa's Brabo Choke at 2:44 of round three. Of his seven wins, four were through a unanimous decision, while the rest of the three via submission, TKO, or knockout. His amateur stat includes one win and one loss.

It hasn't been that long since fighting committees have started to disclose Woodson's fight purse. His latest hard cash was reported to be around $12,000 which he received for showing up in a fight against Julian Erosa.

As per typical MMA rule, had he won at the night, he would have pocketed a total sum of $24,000 along with some incentives as well. Fun Fact: Dustin Poirier was the biggest winner that night, both figuratively and financially - the Louisiana-born martial artist took home a $350,000 disclosed purse plus additional efforts after he defeated Dan Hooker via unanimous decision at 5:00 of round one. From the basic understanding that newbie MMA fighters rake in on average of $10,000 for just lining up and an additional $10k, if they become victorious, Woodson career earnings since 2013 must-have likely reached close to or even more than $100,000.

Also now that he is a UFC fighter, he must be pulling in some gainful stipends from the company's default sponsorship partner, Reebok. That's $3,500 per fight for competitors with three or fewer fights. Speaking of which, Woodson aside from the octagon has been seen promoting several regional brands like Cliff Bars, Combat Corner, Onnit, Defense Soap, HKA USA, Diamond MMA, Dethrone, Trifecta, and Manscaped.

Woodson is currently dating his girlfriend, Jenan Ally. He has been with Ally since January 18, 2018, confirms his Facebook account. On Valentine's day, 2020, Woodson said Ally has been his crush since High School. This he confessed posting a picture of Ally along with penning wholehearted words that said,

"Believed in me from day one. Been there every step of the way and she’ll be there in the end. We gotta Bond that’s Unbreakable. Such a beautiful person both inside and out. My Best Friend... Happy Valentines Day. I love you."

Some believe the couple has already walked down the aisle. This speculation came after the six-foot-two fighter, on November 7, 2020, through his Instagram, wished Ally a "happy anniversary." Though it's not confirmed if it was actually the wedding they were reminiscing or just another milestone of their relationship. However, given Woodson's expressive love life, that might hardly be a reality.