Sean McVay is an American football coach who is also the youngest head coach in modern NFL history. He currently acts as the head coach of the Los Angeles Rams of the NFL. He was hired as their head coach in 2017 at the age of 30. He used to be the Washington Redskins offensive coordinator from 2014 to 2016.

McVay used to be a football player in his collegiate years. However, he shifted his career to coaching after his graduation and did not go pro in the scene of American football.

Sean McVay Salary and Net Worth

As of 2022, Sean McVay has an estimated net worth around $7 million. Reportedly, he is one of the highest-paid coaches with an annual salary of $8.5 million per season as of 2022. 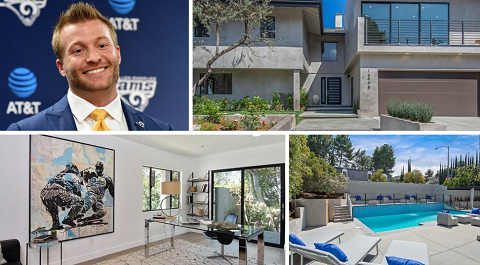 Additionally, he owns 4,660 square-foot modern home for $2.71 million in n Encino, Calif., just outside Los Angeles. He purchased the house back in 2017. Further, it consists of six bedrooms and six bathrooms as well as has hillside views with a sweet pool and barbecue area.

Is Sean McVay Married? Who is his Girlfriend?

Neither married nor single, Sean McVay, 36 is currently in a relationship with his long-time girlfriend Veronika Khomyn, a Ukrainian model and fitness enthusiast.

Sean and his girlfriend Veronika Khomyn are currently engaged and are planning to get married soon. 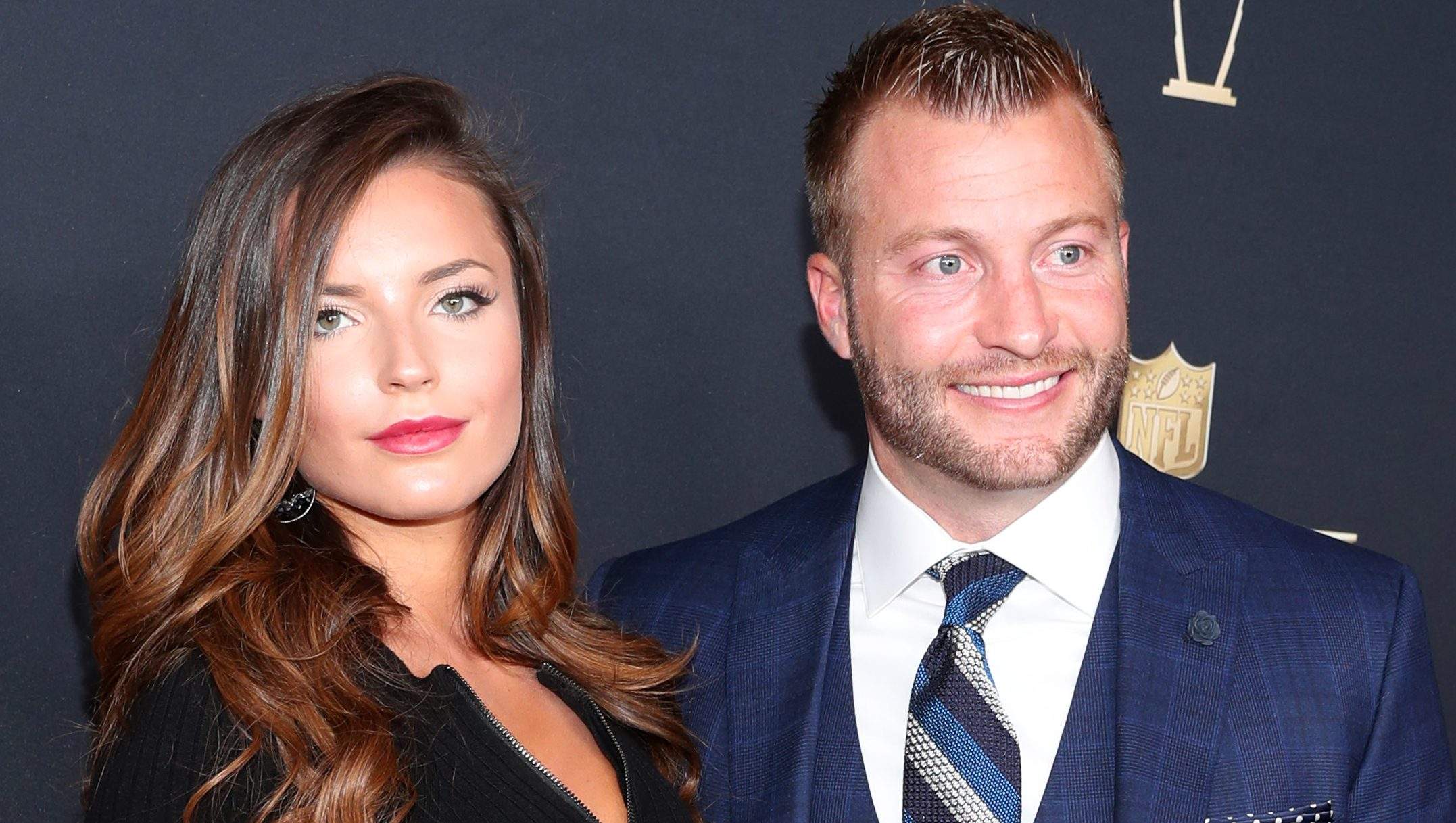 Though the exact detail about how they met or when they started dating is a mystery. Further, taking a closer look at the duo's official socials, it seems that they opened up about their love affair back in 2016, as their oldest social media pictures date back in the year.

According to the source, his girlfriend now moved on with him and reside in Los Angeles.

Sean McVay was born on January 24, 1986, in Dayton, Ohio to parents Cindy McVay and Tim McVay. He attended Marist School in Brookhaven for his high school education. He was the starting quarterback and defensive back for the Marist football team. During his high school career, he had a total of 2,600 yards rushing, 40 rushing touchdowns, 2,500 yards and 18 touchdowns. He was named the Georgia 4A Offensive Player of the Year in 2004.

Graduating high school, McVay attended Miami University in Oxford, Ohio. He played for his college football as a wide receiver from 2004-2007. He graduated from Miami in 2008.

McVay changed the team's offence into the 12th-ranked pass offence. He stayed with the team till 2016 season and in the 2016 season, the team finished 3rd overall in total yards and 11th in points with an average of 403.4 total yards per game and 24.8 points per game.

Sean McVay was hired by the Los Angeles Rams as their head coach on January 12, 2017. He was 30 years of age at that time which made him the youngest head coach in the modern history of NFL. Under his guidance, Los Angeles Rams became the first team to have the top scoring offence in the league a year after finishing the lowest the previous year. He was even named Coach of the Year by the Pro Football Writers of America in January 2018.