Fiancee to the head coach of Los Angeles Ram, Veronika Khomyn is the long-time girlfriend and soon-to-be-wife of Sean McVay. She is a full-time model and a fitness enthusiast. Talking about their relationship, the duo is rumored to have been together since 2013 when she was attending her collegiate year at Geroge Mason University in Fairfax, Virginia. Although, their first picture surfaced in 2016.

Veronika was born on 1st March 1990 under the star sign Pisces. She was born in Ukraine.

Veronika Khomy Net Worth: How much does she earn as a Model?

The 31-years-old is a fashion model and has worked with some of the agencies as an active model. But there are not many shreds of evidence of the work that she has carried out in her active career.

She started out as a fashion model but after dating the football coach, her profession is currently on a stall and we are yet to figure out what she is currently been up to besides vacating with her future husband. She posted pictures of her traveling in a private jet for the Superbowl game in 2019 and also made a custom-made jacket for the game worth $4000.

The soon-to-be-McVay is definitely living the high life with her Fiancee traveling and touring the world. As we do not know the professional earning that she accumulated through her career but we do know that she will share her future husband's net worth which is around at $7 million as of 2020.

Who is Veronika Khomyn Engaged to? Her Affair, Engagement Ring

The George Mason University Alumnus is engaged to Sean McVay. Although losing the Superbowl, the head coach didn't want to be lost in life since he brought Veronika a diamond ring that had an estimated tag of six figures.

A report from Page Six revealed that the estimated cost of the engagement ring comes around $100,000-150000. Mcvay certainly didn't leave any reason for her to decline the proposal. 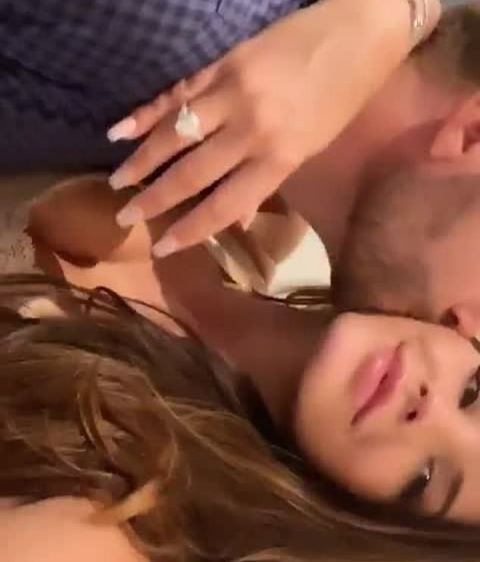 Moreover, the couple might be planning their wedding soon as she answered some of the questions of her fans on her IG account, telling them that everything is going smoothly but there might be a few problems before the wedding.

Who is Sean McVay?

Sean McVay, 36, is an American football coach for the Los Angeles Rams. He was the youngest coach in NFL history starting at the age of 30. After a year, he took the team to the Superbowl which again was a record achieved by the McVoy. 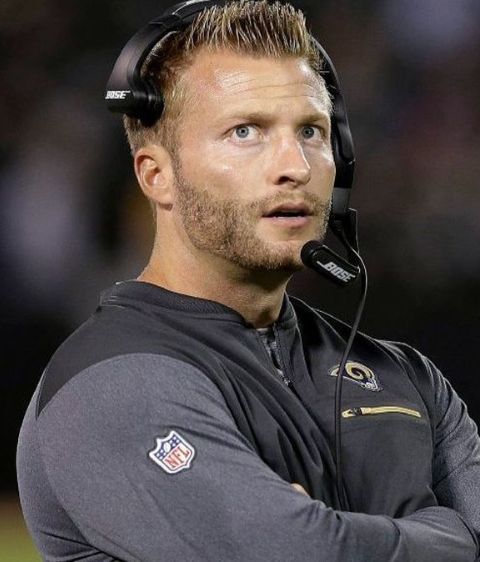 With impressive skills and the talent on the field such as Jared Goff, Arnold Donald, and Cooper Kupp, he was able to perform as he did.

The 5' 9'' tall was born in Ukraine and came to the states with the dream of becoming a model. She has successfully achieved her dream and even more when she started dating the football coach Sean McVay. 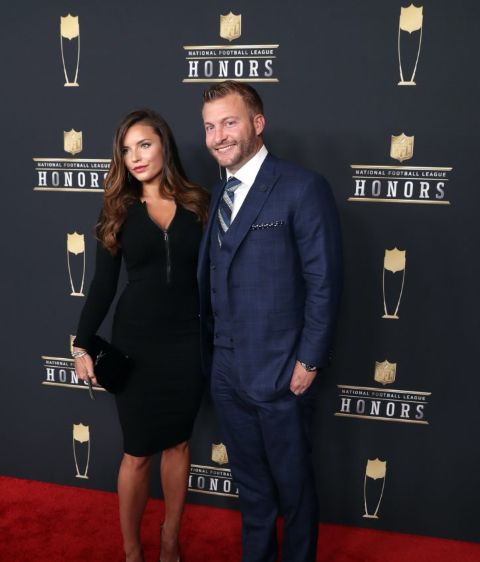 The fashion model is living a life of luxury and spending quality time in her million-dollar mansion in Los Angeles.

The Ukraine native stands tall at 5ft 9 in with a bodyweight of 55Kg. She was born on 1st March 1990. With an amazing height and a gorgeous body, she certainly was born to be a model.

Sean McVay is pretty lucky to have someone as her beside him.