Sean Garcia is a well-established American professional boxer. He has been fighting at the professional level since 2017. Sean comes from an athletic background and has become successful in keeping the spirit going. He is undefeated to date in his professional matches. Sean was also a state champion in his amateur days.

Sean Garcia was born on October 24, 2000, in Victorville, California. He is among the five children born to Henry Garcia and Lisa Garcia. There is not much information about his parents in the media. Sean has three sister's Demi, Sasha, and Kayla and a brother Ryan Garcia. Ryan is a well-known American professional boxer and WBC Interim lightweight titleholder. Sean started his career from an early age, so his education and academic qualification are not shared.

Sean Garcia's Net Worth And Earnings 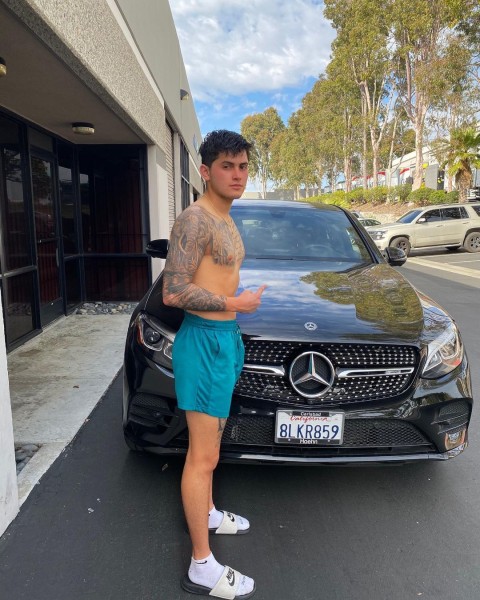 Sean Shares a photo along with his Mercedez Benz car SOURCE: [email protected]

The average salary of a professional boxer is more than $50,000. However, Sean has been performing at the highest level, which increases his salary to be much more than the average salary. His brother signed a multi-million contract with Golden Boys. Sean won his last fight up against Rene Marquez, He must have earned in six-digits, but the actual amount is still undisclosed to the public.

Who is Sean Garcia Dating?

Sean Garcia is an active social media user. He keeps updating his 230k followers on his Instagram regularly. Sean seems to be living a single happy life on his own. There have been no posts that may lead us to his girlfriend. He could secretly be dating someone and waiting for the right time to open about his relationship. 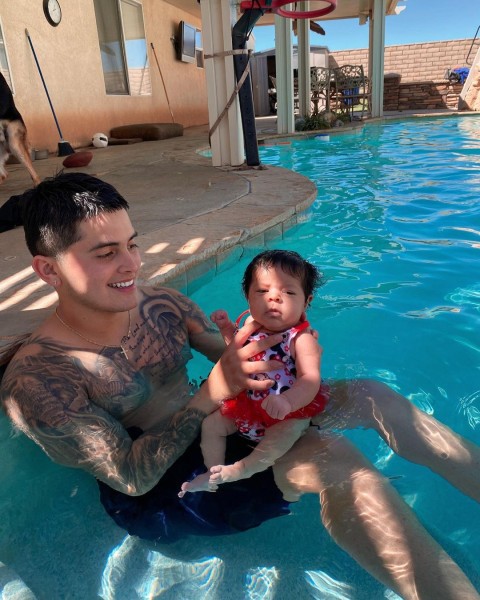 Sean is the proud father of a daughter, Layla Blu. Garcia is yet to share about Layla's biological mother with the public. He keeps posting photos of his daughter regularly. Layla was born in late 2019. He likes to spend most of his free time with his daughter. Sean's brother Ryan has been involved in several relationships and is also the father of a child. Recently, He was involved in a cheating scandal with his girlfriend, who was about to give birth to their baby.

Sean started training along with his brother, Ryan, from a very early age. Although they are brought up together, they have a different style of fighting. Initially, Their father, Henry, worked as their trainer. Sean won the 110-pound junior division title at the 2016 Junior Olympic and Prep National Championships in Dallas, Texas.

In 2017, Sean turned professional; He won his debut matchup against Luis Eduardo Ochoa via Knockout. He has been involved in six professional fights to date and has won every single match. In 2020, Due to the COVID Pandemic, He could not get in the ring and early 2021, He won his matchup against Rene Marquez.