The Gold Coast native Sara won her first professional-level title in Sharm El Sheikh, Egypt, which was held in June 2015. Tomic also represented Australia in the World Junior Tennis Finals in Prostejov, Czech Republic, in 2012. As we know, she is the sister of a famous tennis player, and her goal is to emulate her brother's accomplishments on the court. Furthermore, the 24-years-old tennis player believes her game most closely reaches Serena Williams.

Sara Tomic was born on February 5, 1998, in Gold Coast, Australia. She was raised by her Croatian father, John (Ivica) and Bosnian mother, Adisa. So, Tomic holds an Australian nationality, and they belong to a Croatian background. Furthermore, she may have other siblings too, but her brother's details are only available at the moment.

When her brother was born, their parents were both working in Germany, and when he turned three years old, the family migrated to Gold Coast, Queensland, Australia, in 1996. Since then, they have been living in Australia.

As we know, Tomic comes from an athletic family background as her brother is also a professional tennis player. She claimed the Optus 14s National Claycourt Championships in Queensland in 2012. In the same year, she made her Grand Slam debut in the Australian Open Junior Championship. Tomic reached the final of the LTAT ITF 18s in Thailand in 2012. Not to mention, Tomic represented Australia in the World Junior Tennis Finals in Prostejov, the Czech Republic, which was held in the year 2012. Similarly, she was doing well in her career, and in 2014, she mainly played on the ITF Junior Circuit. Tomic was granted wildcards into the Sydney International, Australian Open and Burnie International, where she lost in the first rounds. In the junior events, Tomic prevailed a Grade-4 event in Kawana and a Grade-B2 event in Lautoka, Fiji.

Not only that, but Tomic was also runner-up in Grade 3 in Beijing and a Grade 4 in Burleigh Waters. Later, she also participated in the Grade-A Osaka Mayor's Cup and a Grade B1 in Seogwipo, partnering with Xu Shilinand, won both titles. In the year 2015, Tomic earned wildcards into the Sydney International, losing to Alexandra Dulgheru in the first round.

Later, Tomic was awarded another qualifying and doubles wildcard into the Australian Open but lost to Ekaterina Bychkova in three sets in the first round. In the doubles event, Tomic partnered with a renowned tennis player named Naiktha Bains. Meanwhile, the duo lost to Anastasia Rodionova and Arina Rodionova in the first round. Similarly, she also participated in the junior Australian Open. In that event, she reached the third round before losing to the eventual champion Tereza Mihalíková. Also, Tomic reached the semifinals of the doubles event, partnering with Xu Shilin. After that, she focused on the pro circuit. And she won her first title at a $10k Sharm El Sheikh event in July 2015.

The professional tennis player makes a good sum of money from her profession. According to her Wikipedia bio, her career earnings are $64,386. She participated in various events and gave an amazing performance that boosted her income. Winning multiple titles, Tomic has added a fair sum of money to her bank account, and some online sources claim that her net worth is in six figures.

But due to the lack of information, the actual details regarding her net value remains under review. Tomic won a total of 3 ITF singles titles and won a total of 2 ITF doubles titles earning a total of $33,571. From this, it becomes clear that Tomic makes most of her gains from her professional career as a tennis player. 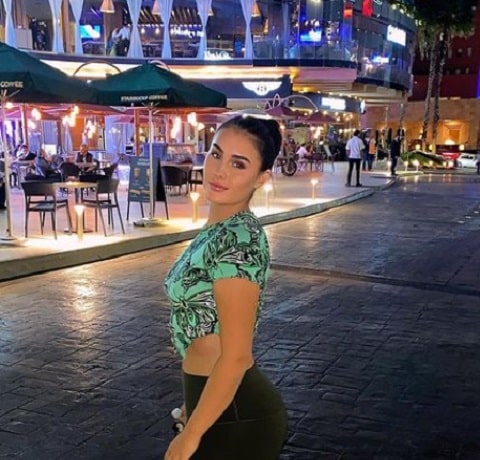 Being a tennis player, Tomic may earn something from sponsorship and endorsement deals. She may have collaborated with some brands that must have paid her some money. Apart from that, she has gained over 9k followers at the time of this writing, and if she makes a sponsored post on the platform, then Tomic has the potential to earn $87.75 - $146.25 from a single post.

Love Life: Is Tomic Dating Someone?

The Gold Coast native Tomic appears to be a single lady as she has not given any hints about her being involved in a love affair. Similarly, Tomic has not been linked with any guys yet. So, it can be said that she has been leading a solitary life for a long time, and she does not have a past love history.

Moreover, Tomic also falls in the same category who prefers to keep her personal life away from media sources. So, it is pretty challenging to know about her as Tomic does not open up easily. If there is any news about her boyfriend or husband, then Tomic may give updates via her Instagram account, where we can follow her under the username @madeofsara. 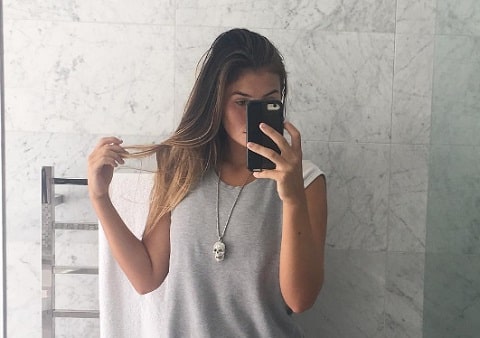 Exploring her IG account, we learned that she is a dog lover and has a pet dog named Prince Medo. Tomic has also created an Instagram account for her dog where we can see its pictures.

As mentioned earlier, Tomic is an active user of Instagram, from where she gives updates about her current lifestyle. Tomic made her first post on Instagram on March 13, 2020. So, we can say that she has been using IG since 2020.

Apart from that, Tomic is not much active on other social media platforms. For your information, we can get details about her career stats on the official page of Wikipedia too.