Magda Linette is a professional tennis player from Poland who made her tour debut in 2009. In feburary 2020, she reached a career-high singles ranking of world No. 33. She has won two WTA tours.

Poznan, Poland native, Magda Linette was born on 12th Feburary 1992, under the star sign Aquarius. She holds a POlish nationality and is of white ethnic background. The twenty-nine years old stands 1.71 m (5 ft 7 in) tall.

The significant source of Magda Linette's income is prize money.

Besides, Linette is sponsored by Joma Sport, Babolat and many others. As of 2022, her net worth is approximately $2 million.

Magda Linette is the daughter of Tomasz and Beata. She has one siblings; Dagmara Linette.
Her mother is an Educator while her father is a tennis coach. Now you know, Magda followed in his father's footsteps.

However, this daddy's girl has kept her personal life as secret as possible. Linette is popular on Instagram with 32k followers. Scrolling through the page, the right-handed tennis player seems to be a travel freak and foodie. Her post from vacations is exotic. 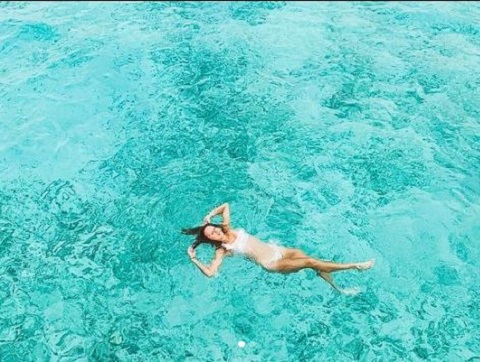 Nevertheless, there is no report about her relationship/boyfriend in the media. As of 2022, Magda Linette is believed to be possibly single.

In May 2010, Linette earned a wildcard to the qualifying draw of the Warsaw Open. The following month, she won her first professional tournament in Szczecin as a wildcard entrant. In July, she reached the final of the ITF Circuit tournament at Torun. However, she lost to top seed Ksenia Pervak, in straight sets.

In August 2010, she won another two ITF titles.

In Feburary 2011, Linette made her debut at the Poland Fed Cup team. She lost to Anne Kremer in straight sets, however, lost the following three other games. In May 2011, she made her Grand Slam tournament debut, playing in the qualifying rounds.

In May 2013, Linette made her WTA Tour main draw debut at the Internationaux de Strasbourg, where she scored her first win at this level. That same season, she qualified for her first WTA semifinal in Baku.

In 2014, she earned her first WTA 125 title at the 2014 Ningbo International Open. Furthermore, she reached the quarterfinal of the 2016 Pan Pacific Open, which is considered her best result in WTA Premier tournaments.

Linette has reached the third round of all Grand Slam championships. Among, the most successful in terms of winning percentage is the French Open.

for a slice forehand that she played en-route her second WTA Tour title at the 2020 Thailand Open in her match against Peng Shuai, Linette was awarded Fan Favorite Shot of the Year by the WTA in 2020.