The resident of Canada, Sara Orlesky, reportedly earns around $100,000, as her yearly salary from the network. Besides, her current net worth exceeds $1 million. She is a married woman and has a daughter, Avery.

The Canadian sportscaster/anchor Sara Orlesky has an estimated net worth of $1 million. She is one of the most popular The Sports Network anchors who has made a successful career as a sports anchorman.

As The Sports Network is a popular Canadian Sports Network, it pays a decent amount of salary. Since the average salary for the sports reporter in the TSN is $59,020, she is reported to be earning around $100,000. 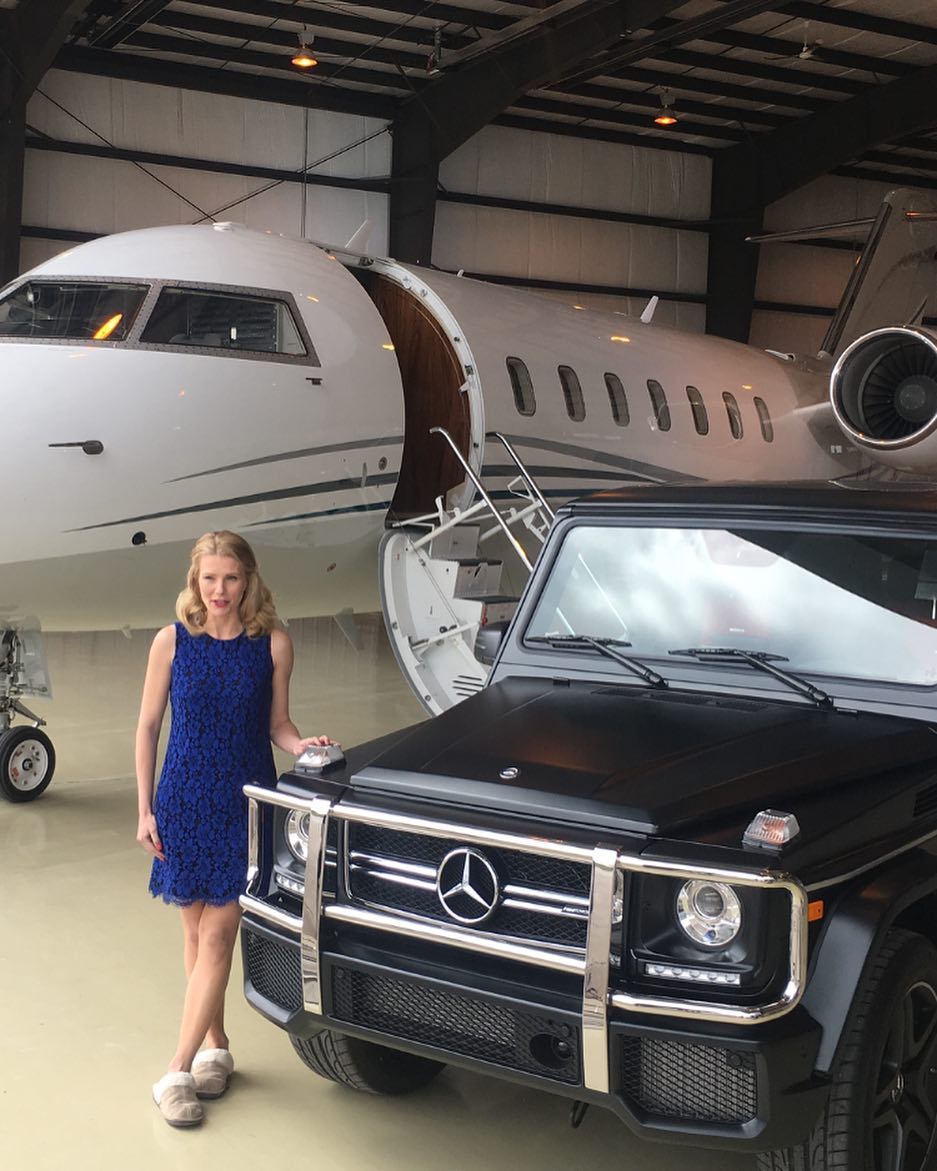 Well, with her massive net worth, she lives a luxurious life with her family. Further, The Sports Network reporter receives an added sum of money from her radio and TV guest appearances as a sports pundit too.

When it comes to her personal life, Sara Olesky is a quite confidential person. Well, it is quite confirmed that she is a married woman as she shared about her husband in her Twitter post saying:

"My husband and I are having a debate about who has the best name in the CFL. He says, Swayze Waters. I say Bear Woods is still top of the list."

Nevertheless, it comes to know that she is a mother to a young daughter Avery but the names and other facts about her husband is still a mystery.

Sara once met Ice Hockey player Tyler Myers and his wife Michela Gellert and talked about the family & the personal matter they were dealing with. Some of the sites misunderstood Sara to be the wife of Tyler and even reported.

Olesky currently, lives in Canada, along with her family, and has a beautiful home there.

Other than being a famous sportscaster, Sara is quite popular in social media with a huge number of followers. In addition, Olesky has more than four thousand followers on her Instagram account as well as 87.2 k followers on Twitter. 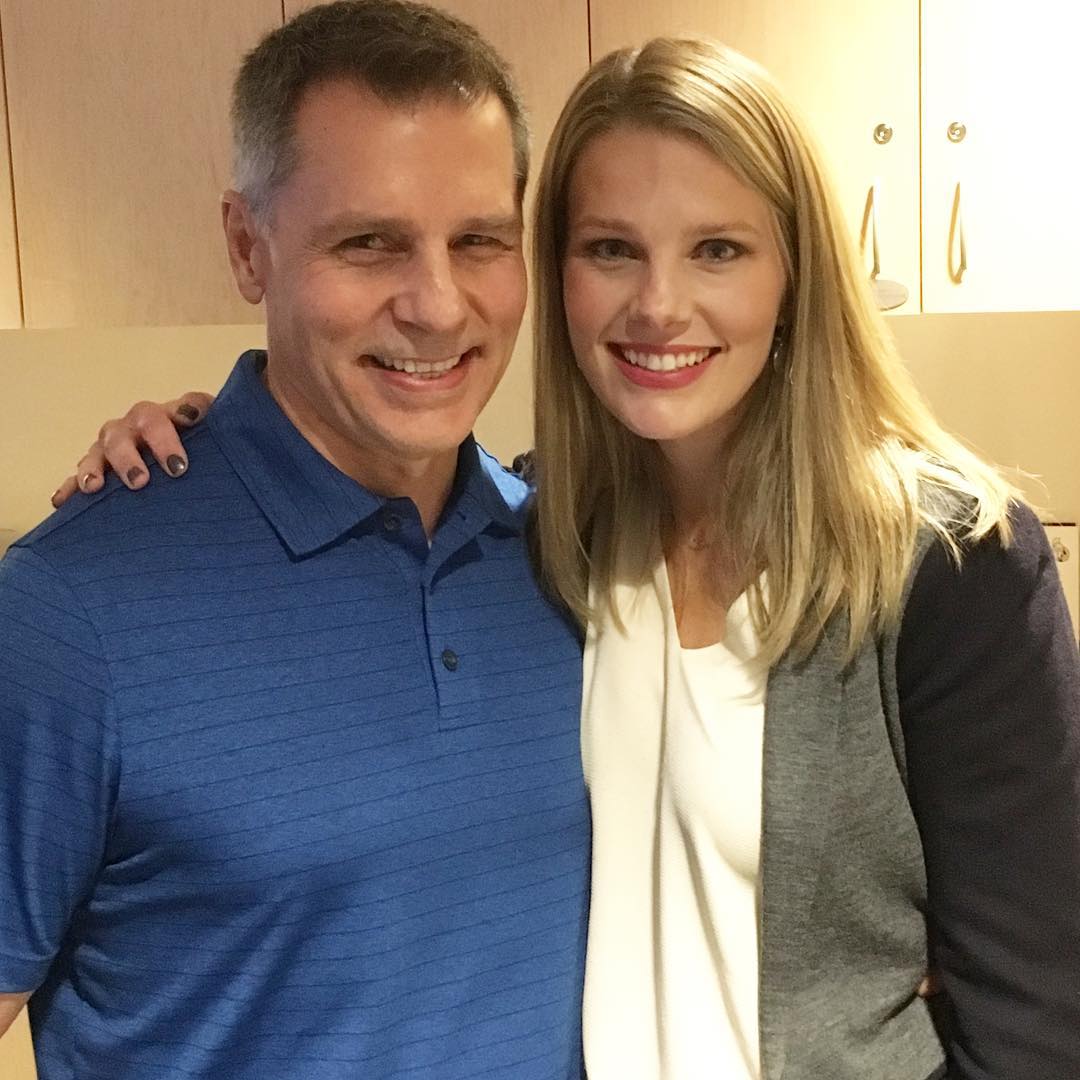 Sara has blue eyes and blonde hair with a gorgeous figure.

Sara Olesky was on the list of "Top Young Female Broadcaster" in Canada by the Globe and Mail Newspaper. Olesky credits her father for all of her success. She is regarded as one of the hottest Canadian sports reporters besides Kate Beirness, and Natasha Staniszewski.

Sara Orlesky was born on July 31, 1980, in Winnipeg, Manitoba. As per her nationality, she is Canadian and belongs to the White ethnic group. Further, Sara Orlesky's star sign is Leo. 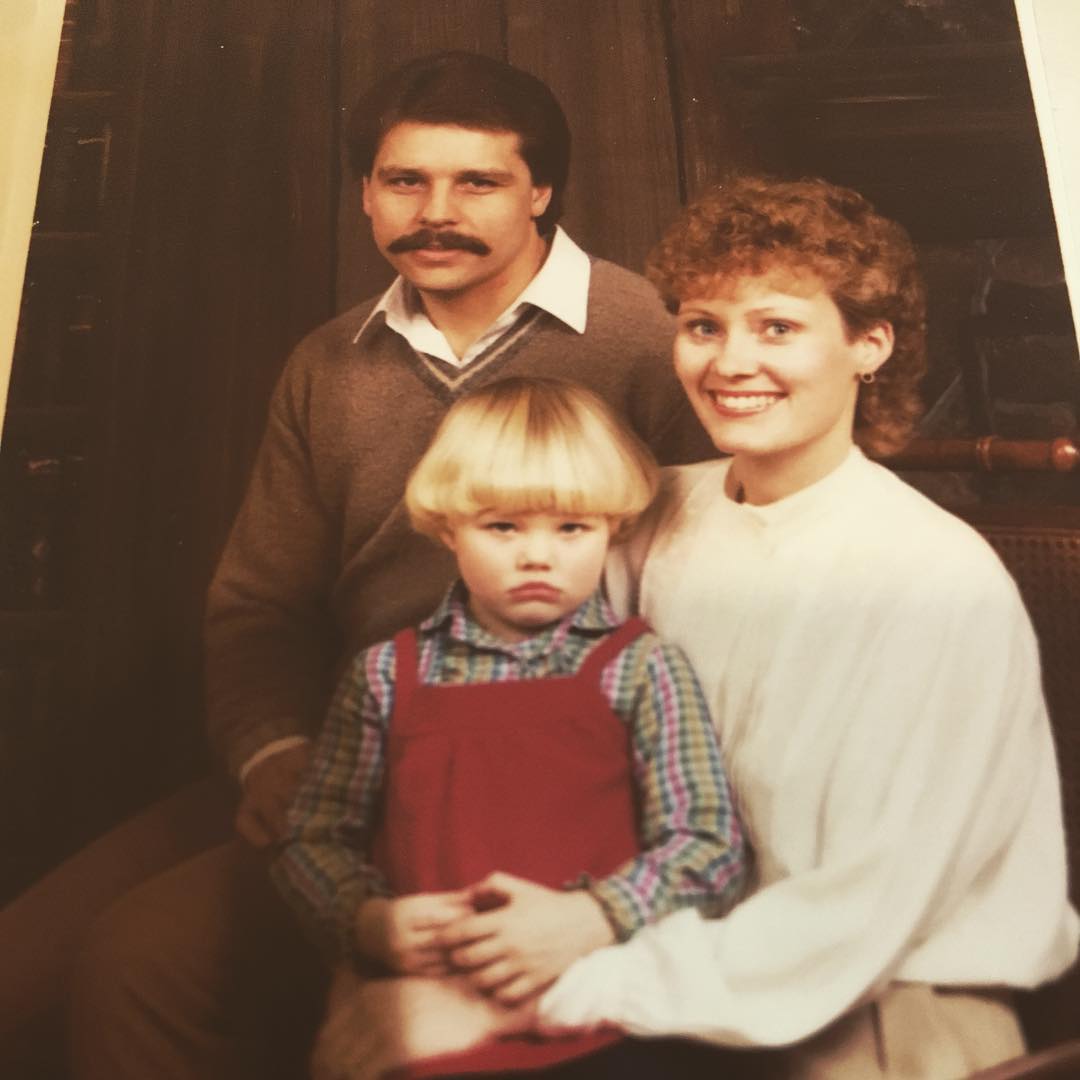 Sara and her parent's during her childhood SOURCE: Instagram

Olesky used to call her father Puppy and he called her Dot when she was a kid and she has a supportive family behind her.

Orlosky interned at the City TV, Vancouver as their weekend sports anchor and producer during her University time.

Sara Olesky started her professional reporting career as a sports reporter for The Score in Vancouver. Later, Olesky was hired by the TSN in November 2007 but she signed with the Network on January 2008 as their sports reporter in Toronto.

While reporting for The Score, Sara lived in British Columbia. In the meantime, she was doing her Bachelor's degree in Communications from the Simon Fraser University. After getting promoted to the weekend sports anchor she left The Score in 2004.

Was so happy to have @Panger40 on our pregame show! The final meeting of the season between the Blues and Jets is on TSN3 pic.twitter.com/UQtVrVF1Ts

In addition, she also covered the regular season and playoff games and also Grey Cup matches. Some of the famous female broadcasters are Erin Andrews, Hannah Storm, Pam Oliver, and Mary Carillo.