Hannah Storm was born on June 13, 1962, in Oak Park, Illinois. Her dad Mike Storen was a sports executive and commissioner of the American Basketball Association. She started her journalism career in the early 80s on a hard rock radio station located in Corpus Christi, Texas.

She graduated from Westminister School of Atlanta and the University of Notre Dame with degrees in political science and communication.

Hannah, who makes money as a sports journalist, has an estimated net worth of about $2 million in 2021. She reportedly earns around $100,000 as her annual salary from ESPN. She still has a multi-year contract with the network through which she will make good earnings in the future.

Who is Hannah Storm's Husband? (Married and Personal Life)

Storm married sportscaster Dan Hicks on Jan 8, 1994. She shares 3 daughters; Riley, Ellery, and Hannah with her husband. A few years back, there were some rumors of her dating a guy, which turned out to be fake. Her relation with her husband is going well and fine and there is almost no chance of the couple getting a divorce any time soon. 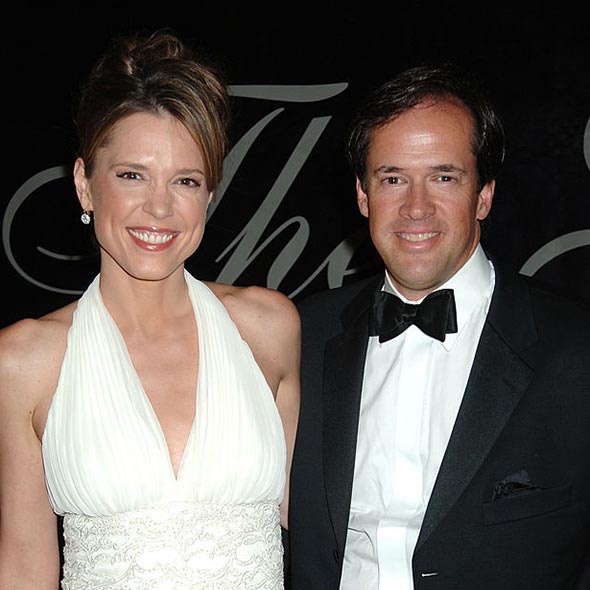 Storm faced a minor burning injury in 2012 from a gas accident that took place in her home. She was treated at Westchester Medical Center in Valhalla and returned to SportsCenter a month later. She is a Roman Catholic woman. Apart from being a journalist, she is also a book writer.

In May 2011, Storm received the "Celebrated Mom" Award from LifeWorx Inc for inspiring others. She has also contributed to magazines such as Cosmopolitan, Nick Jr., Family Circle, Child, and Notre Dame Magazine. She is also a board member of the Tribeca Film Festival, Colgate Women's Sports Awards, 21st Century Kids 1st Foundation.

Storm worked as a weekend sports anchor on WCNC TV 36 in Charlotte, North Carolina from 1988 to 1989. In the year 1989, she left WCNC TV for CNN. She worked as a female host on CNN Sports Tonight till 1992. During her time with CNN, she also hosted Major League Baseball Preview and 1990 Goodwill Games for TBS. She left CNN in 1992, to join a popular communication network; NBC. There she hosted the Olympic Games, NBA/WNBA basketball, National Football League, Major League Baseball, and figure skating as well.

She hosted NBC Major League Baseball games from 1994 to 2000 and became the first woman in American television history to become a solo host of a network's sports program.

Storm also anchored NBC Sports coverage of the French Open, Wimbledon, World Figure Skating Championships, Notre Dame football, and Men's and Women's U.S Open Golf tournament. She was again on the move in 2002, as she joined CBS News in October 2002.

After joining CBS News, she became co-host of “The Early Show”. She covered non-sporting events such as the Iraq War, Hurricane Katrina, the 2004 Democratic National Convention, the 2004 U.S. presidential election, 2008 presidential elections, the 2005 London terrorist bombings, and also sporting events such as Super Bowls XLI and XXXVIII as a co-host of The Early Show.

Throughout her professional career, Storm has interviewed many renowned personalities such as President George W. Bush, President Barack Obama, John McCain, Hilary Clinton, Condoleezza Rice, Tiger Woods, Jennifer Aniston, Elton John, and many others. She left The Early Show and joined ESPN on May 10, 2008. She currently anchors SportsCenter and provides highlights of matches and asks sports questions to sports analysts in the show.

She is a fit woman standing 5 Feet 6 Inches tall and her body measurements are 34-26-32. Her estimated net worth is almost $1.5 million.