Russell Gage is an American football wide receiver who is currently signed to the Atlanta Falcons of the National Football League (NFL). He finished his collegiate career at LSU and was selected by the Falcons in the sixth round of the 2018 NFL Draft.

Natchez, Mississippi native, Russell Gage was born on 22nd January 1996, under the star sign Capricorn. He is the son of Alisa and Russell Gage Sr. The twenty-five years holds an American nationality and is of Afro-American ethnic background. He stands 6 ft 0 in (1.83 m) tall and weighs 184 lb (83 kg).

How Much Is Russell Gage's Net Worth In 2021? Salary & Contract

As a matter of fact, Russell Gage is engaged. Sorry!! ladies the Falcon's wide receiver is off the market. 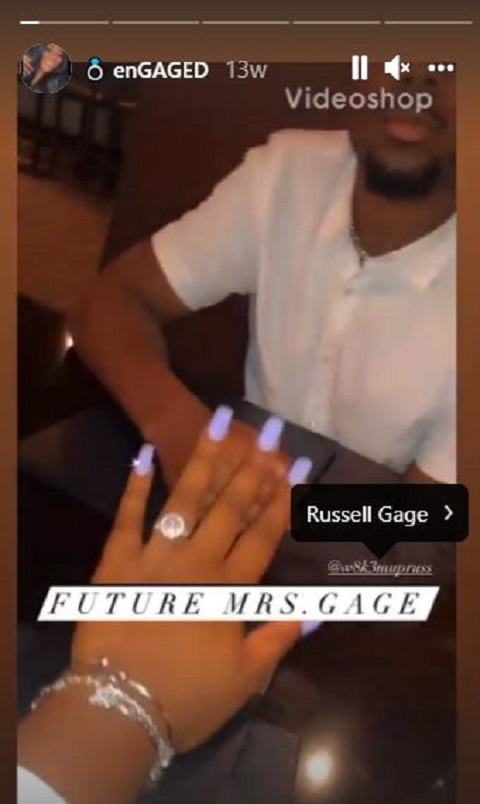 Though he has not posted his fiance on Instagram but no worries, there is plenty of photos on his highlight section quotes with a red heart. His fiance goes by the Ig name k_gorgeous_. Her name is Kenny.

Both have put a glimpse of their engagement on their IG stories.

Gage enrolled at Redemptorist High School where he played football of the high school team. Upon graduation, he attended and played college football at LSU from 2014–2017. As a senior, he finished third on the team in rushing with 232 yards and a TD on 28 carries and averaged a team-best 8.3 yards a carry.

In the 2018 NFL Draft, Gage was drafted by the Atlanta Falcons in the sixth round with the 194th overall pick. Gage recorded his first professional reception  In Week 6, against the Tampa Bay Buccaneers which went for six yards. During his rookie season, he totaled six receptions for 63 yards in 15 games.

He had his first big breakthrough on September 13, 2020, against the Seattle Seahawks where he had 114 receiving yards on nine receptions. However, the Falcons wound up losing the home opener by a score of 25–38.