Atlanta Falcons' captain Matt Ryan is an American professional football player who is currently playing in the National Football League(NFL) as their quarterback. Falcons selected him in the 2008 NFL Draft in the first round and third overall pick. He was listed as the NFL's Most Valuable Player in 2016 and led his team to the Super Bowl LI.

Matt is also named as the NFL Most Offensive Player of the Year 2016 and three times Pepsi NFL Rookie of the Week winner. You will be surely amazed after knowing about his recent contract as the contract amount is $150 million. Apart from this, his current annual salary is reported to be more than $30 million and is the highest-paid NFL player.

Matt Ryan has a net worth more than $150 million; Know about his annual salary

Matt Ryan is one of the highest-paid players is NFL currently and is also among the richest players with the net worth reported to be more than $150 million as of 2019.

In addition to this, the total earnings of Matt are calculated to be around $223.457925 million until this season. He is surely going to earn more in the future, and his net worth will also rise in his upcoming seasons.

As we are discussing his career earnings, he is a true NFL legend in terms of his income. He has made such a huge net worth is less period of time, which is quite incredible. Let's find about his annual salaries, which will put some light on how much he is earning an annual basis.

Matt has never received a salary less than $5 million in his whole career, and most of his yearly salaries are above $10 million. Just take a look at the table above, and you will surely understand how much has he earned. Currently, in this 2019 season, he earned a sum of around $44,750,000 as his salary.

Before this season, he received a salary of around $29,250,000 in the 2018 season. Well, such rich players definitely have a luxurious life and he surely possesses some of the expensive properties like million dollar mansion and expensive cars. 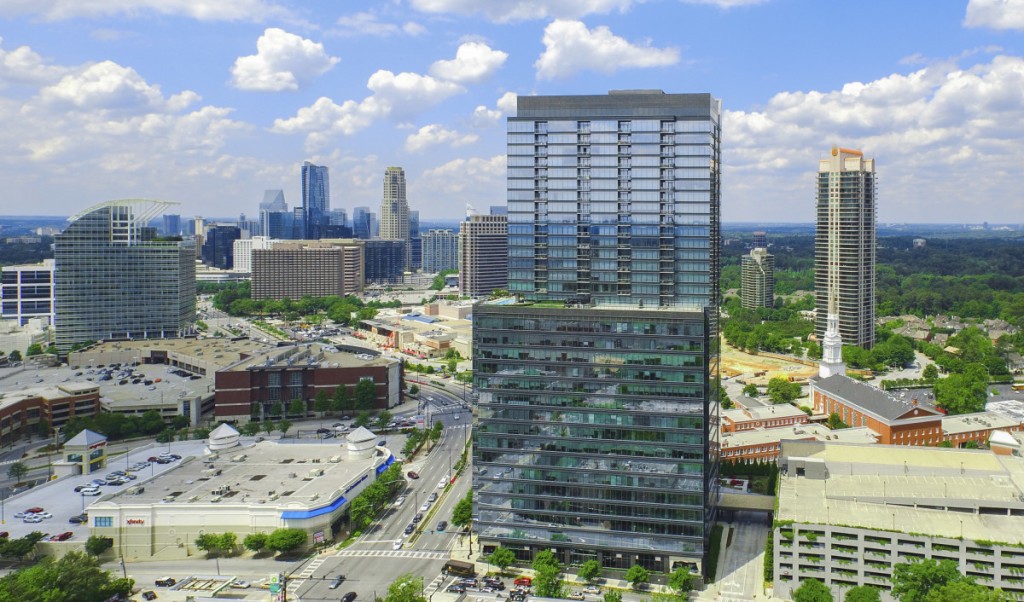 Matt recently bought a prime 6.3-acre parcel of land at 3727 Tuxedo Road, where he made a luxurious house. He also owns a penthouse condo at the Ritz which is worth $3.7 million. In addition to this, he sold his plot for around $4.3 million. 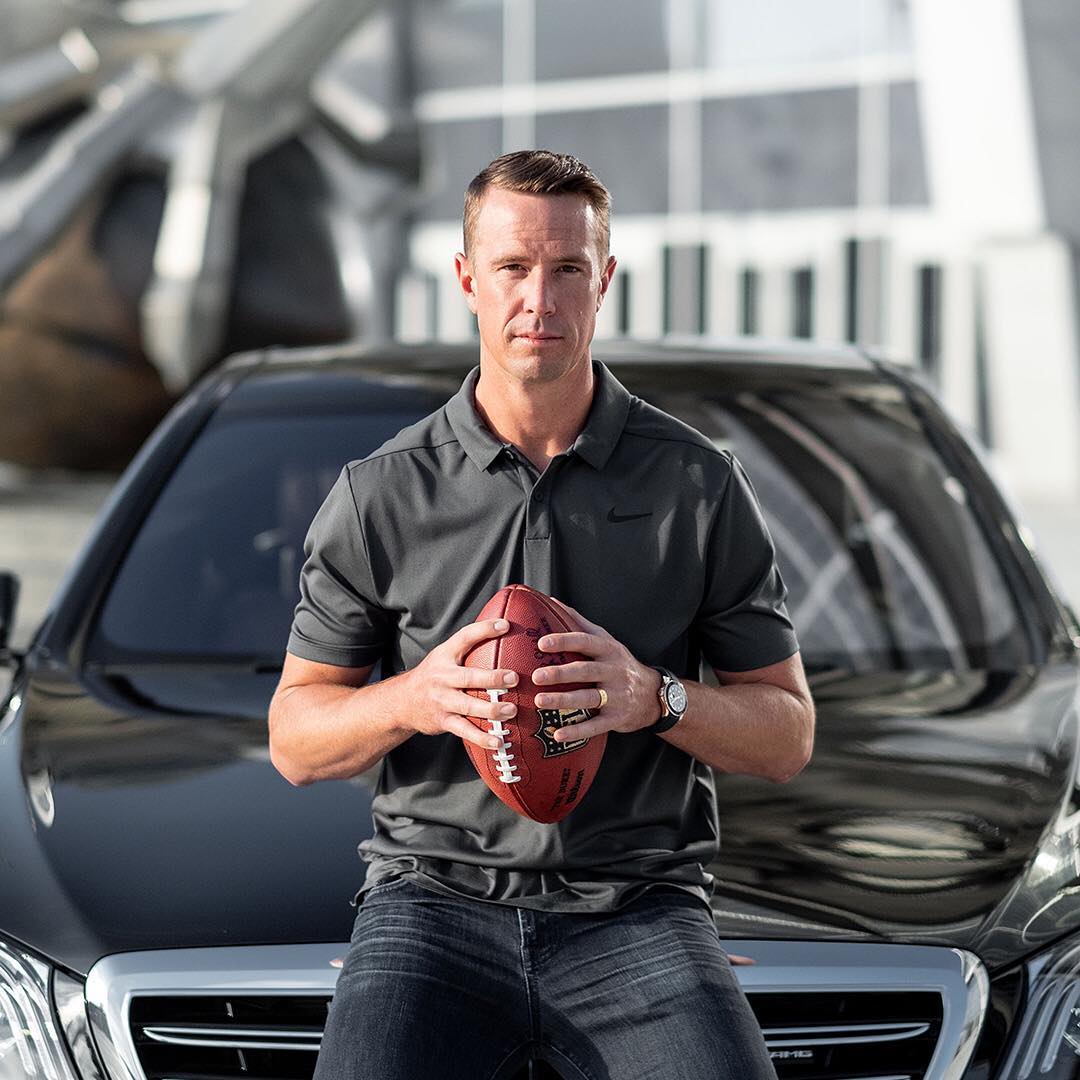 Apart from all his game earnings, he also receives a decent amount from his endorsement deals. Currently, he is signed with some of the reputed brands like Nike, Gatorade, Delta Airlines, IBM, Mercedes Benz, and the Banana Republic.

In addition to this, the total annual income from his endorsements deals is reported to be around $5 million. His endorsement earnings are higher than that of Peyton Manning. Forbes listed him in the list of the highest-paid celebrities in the world.

Besides his salary and net worth, his contract details are also impressive. He is currently playing under a huge contract for five years, which is worth $150 million signed on May 3, 2018. This contract is referred to as the highest amount of contract in NFL history.

It is not hidden from the general public that Matt Ryan is a married man. Like other NFL players, he has a huge fan following, so most of the football fans already knew about his relationship status. Matt was married to his lovely girlfriend, Sarah Ryan née Marshall on April 2011. 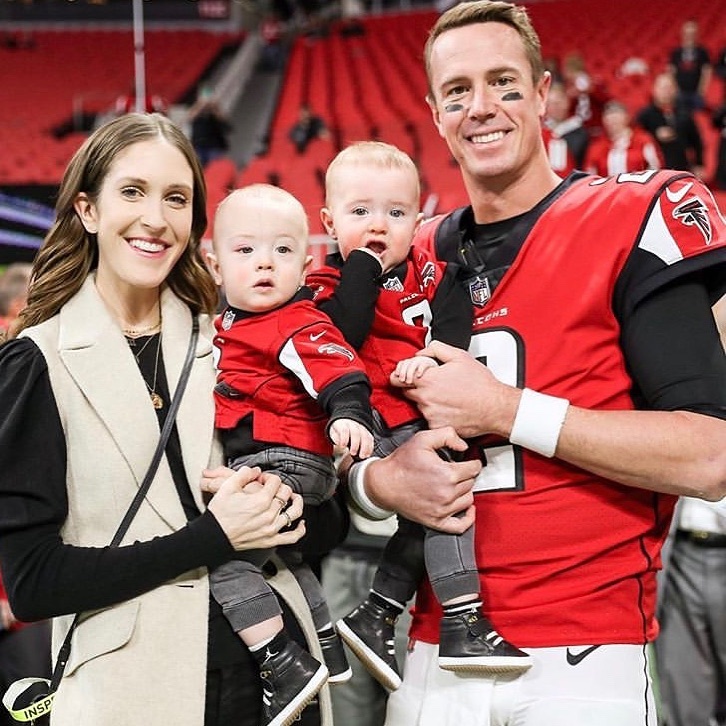 Matt with his wife Sarah and kid's SOURCE: Instagram

Matt and his wife got engaged in 2010, and they have been together for a long time. Matt started dating his spouse when they were both in the same college. They both attended Boston College and were involved in sports and in early 2003 they began dating each other. 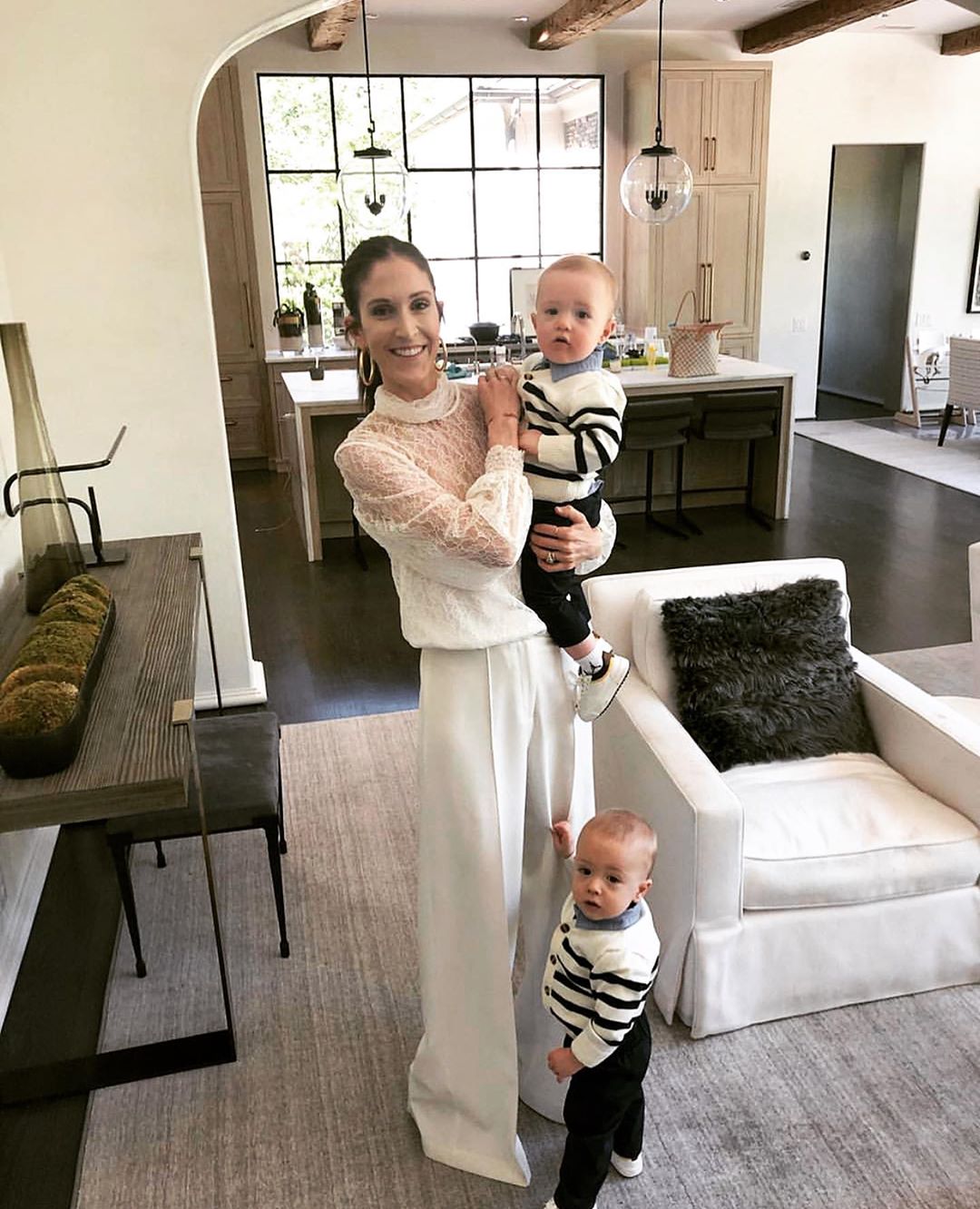 Matt and his wife are blessed with twins named  Marshall and Johnny who were born in 2018. After the birth of their children, the relationship between them grew stronger, and they are often referred to as the perfect couple. After taking a closer look at their relationship, you will surely say that their love life is going to last long.

Matt's wife's full name is Sarah Ryan née Marshall. She was born on July 23, 1985, in Portland, Maine to parents  John and Susan Marshall. She was the fourth child of her parents, including Abby, Maggie, and Anna. She enrolled at the Catherine McAuley Falmouth and completed her graduation from there. 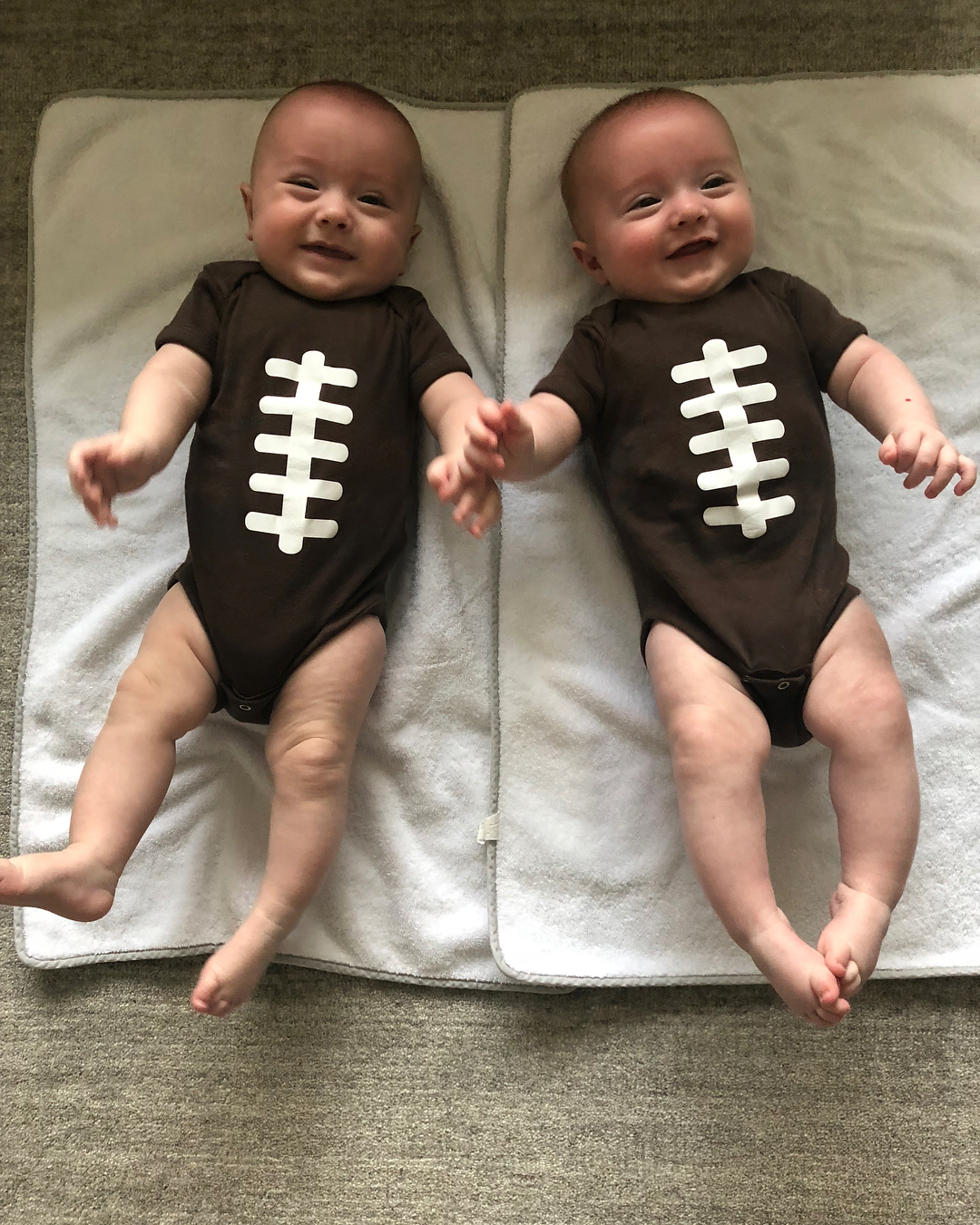 Later she attended Boston College from where she completed her Bachelor's in Communications, and she also played basketball there.

Sarah remembers the event of 2010 when he presented her a ring proposing her for marriage "He tricked me bad. We were on vacation, right around my birthday, and we had been dating for a while, so you kind of get the feeling it could becoming. This trip, it's my birthday, it could be this weekend. It was the day of my birthday and every moment was like, Is this going to be it? Is this going to be it? And then it doesn’t happen. Then that night, he said, So do you want your present? I totally think this is the ring."

The captain of the Atlanta Falcons Matt Ryan is currently 6 ft 4 in (1.93 meters) tall in height, and his weight is listed about 217 lb (98 kg). Well, Matt is also an active social media user, and he frequently updates his daily activities in social media.

He connects with his fans vial social media, where he updates about his personal and professional life. As of now, he has more than $350 thousand followers on his official Instagram account.

Who is Matt Ryan? Know about his childhood, bio, parents, and Early Life

Matt Ryan was born as Matthew Thomas Ryan on  May 17, 1985, in Exton Pennsylvania, to parents  Bernice (née Loughery) and Michael Ryan. His parents are both Roman Catholics of Irish descent. He holds American nationality and belongs to the white ethnic group. He has three siblings with whom he had an awesome childhood day. 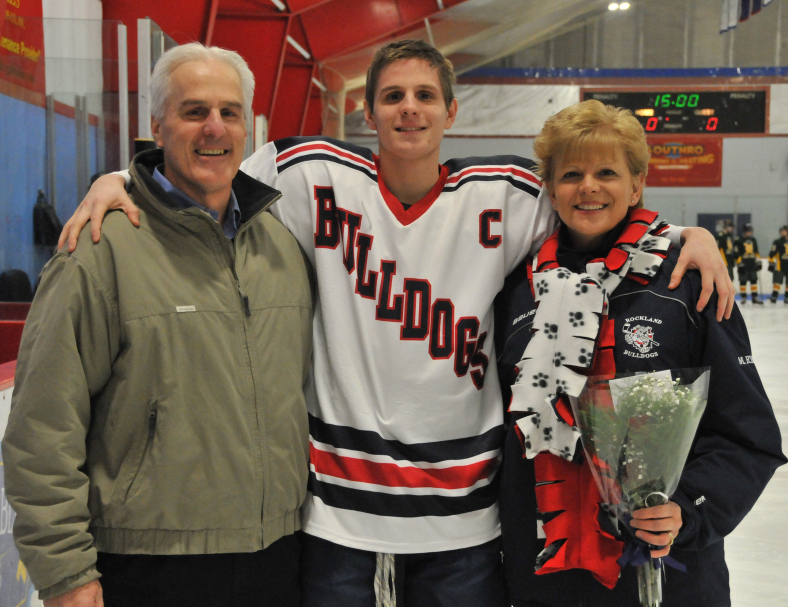 Matt with his parent's SOURCE: The Veritas

Well, it was easy for Matt to make football his career as his family is full of football players, including his uncle and his cousins. He enrolled at the William Penn Charter School where he played for the school team. Later on, he attended the Boston College and played for the college football team.

Atlanta Falcons' captain Matt Ryan is an American professional football player who is currently playing in the National Football League(NFL) as their quarterback. Falcons selected him in the 2008 NFL Draft in the first round and third overall pick. He was listed as the NFL's Most Valuable Player in 2016 and led his team to the Super Bowl LI.

Matt played for the Falcons from the very beginning of his NFL career and is still pursuing his career with them. He recently signed a five years contract with them in 2018 and most probably he will play with them until 2023. Currently, he is listed among the highly experienced players in NFL history.