Austin Manuel Hooper popular as Austin Hooper is an American football tight end of the National Football League (NFL) team Atlanta Falcons. He played college football at Stanford and was drafted in the 2016 NFL draft in round 3 as 81st overall pick by the Falcons.

Austin is the son of Lillian Hooper and Micheal Hooper and has three siblings. He was born on October 29, 1994, in San Ramon, California. He completed his education from Pine Valley Middle School. Later on,  he enrolled at Stanford University after getting a scholarship.

However, his annual salary is $803,357, but based on his market value, his total annual Contract value reaches up to $1.05 million. Similarly, Atlanta Falcon players like Grady Jarrett, Matt Ryan, and Julio Jones considered being the highest salary paid in the team. 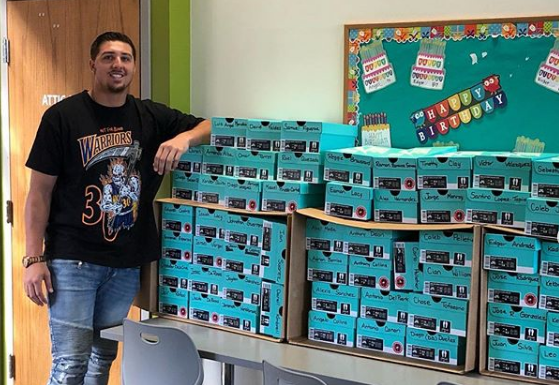 He has an endorsement deal with Nike and is often seen promoting Nike on Instagram as well on the field. His earnings from NIKE has not been closed yet.

Austin Hooper has no records of any relationship, and engagement, marriage. He is unmarried and reportedly single currently. California's boy Austin seems to be focused on his game, and he wants to focus on his performance.

After the recruitment in Falcon's in 2016, December, he got injured in the same year, which led him to sideline from the game. 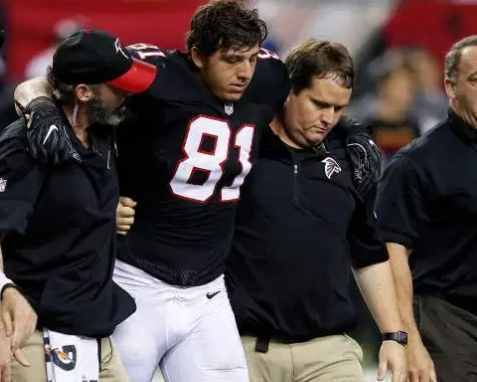 Austin Hooper while He Got Injured In the Middle Of the Game SOURCE: [email protected]

A Grade 1 medial collateral ligament sprain in his left knee made him sit on the bench for several matches but did not undergo surgery. During the match against San Fran Francisco49s, he knee was again injured, and he left the game immediately.

Austin grew up in California with his two siblings, Justin Hooper and Alexis Hooper, and both of them are well-known sports personalities. 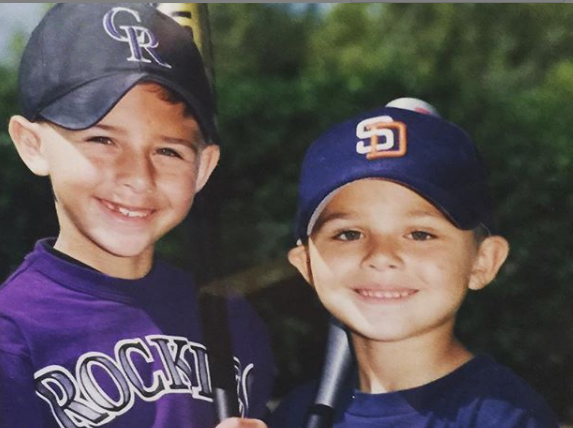 Austin's sister Alexis is the senior year of basketball at California High School and had played many other sports such as Softball, Soccer, and Volleyball.