Brian Hill is an American professional football player currently signed to the Atlanta Falcons of the National Football League (NFL) as their No. Twenty-three running back. In the 2017 NFL draft, Falcons selected him in round five. Further, he had a brief career at Cincinnati Bengals and subsequently return to Falcons.

Born on 9th November 1995, Hill is Belleville, Illinois native who attended and played high school football. Further, he finished his collegiate career at Wyoming Cowboys team that represents the University of Wyoming. 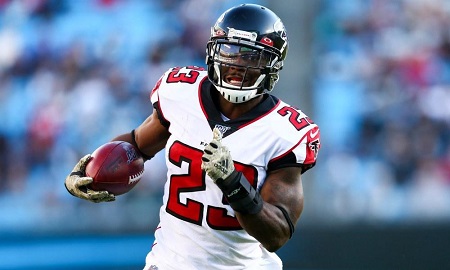 As of 2020, his net worth is around $2 million, soley earned through his NFL career.

Scrolling through Hill's Instagram, he is in a relatioship with Camille, a graduate of Clark Atlanta University. Together with his girlfriend, he shares a baby girl, Amira Monique Koryn Hill. The little one was born on 30th October 2019 at 2:02 Am, weighing 7LBS 10Oz and 21 inches long. 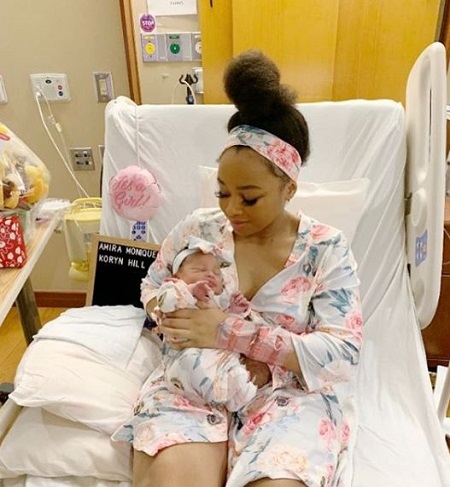 In the highlight section of his Instagram, the NFL player mention Camille, his wifey. However, they has shared less to no information about their wedding.

Brian Hill was born as one of five children: raised by Tamara, a nurse, and a single parent. Growing up in the crime-ridden city of East St. Louis, Illinois, Hill's mom persuaded him to play football. Tamara gave her sons $5 for every touchdown and sack they recorded during youth football. 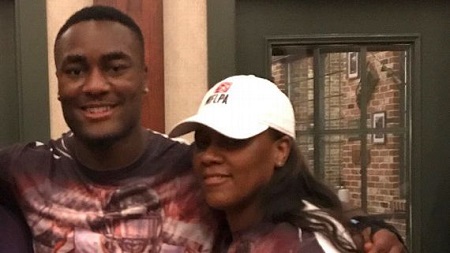 Started playing football in first grade, Brian had a big game in seventh grade at the beginning of the season, where he had four touchdowns and three sacks, and that's when Tamara stopped paying.

At the 2017 NFL Draft, Hill was drafted by the Atlanta Falcons in the fifth round, 156th overall. on October 14, 2017. He was waived by the Falcons and was re-signed to the practice squad.

On November 14, 2017, the Cincinnati Bengals signed Hill off the Falcons' practice squad. On September 1, 2018, he was waived by the team.

On September 3, 2018, Atlanta Falcons signed him to the practice squad and subsequently promoted to the active roster on September 11, 2018, where he joined Matt Schaub, Matt Ryan, and Kurt Benkert.