Ruben Diogo da Silva Neves, aka Ruben Neves, is a Portuguese professional football player competing in the English Premier League. He plays for Wolverhampton, England-based club Wolverhampton Wanderers as a midfielder. What is more, Ruben is also a Portugal national team player. He has been a member of the Portugal squad since 2015. As of 2022, he has made his presence known for just two clubs, including Porto and Wolverhampton Wanderers.

Ruben Diogo da Silva, the Wolverhampton jersey number 8, was born in Mozelos, Portugal, on March 13, 1997. Meanwhile, he is just 25 years old, and his zodiac sign is Pisces. The athlete stands tall at the height of 1.80m or 5 ft 11 inches and weighs 80 kg. Also, he is a true Christian follower. Because of the similarity of his playing style with Joao Moutinho, he is compared to him. His technical, tactical, and mental expertise has made him one of the most vital players for his team.

Ruben Neves, the former Porto star player, is the son of his dad Jose Neves while his mother's identity is still unfamiliar as he has kept it to himself. Moreover, his parents are of Portuguese ancestry. From an early age, only he had keen on football. He had been a vast Porto fan since his early days. Ruben's family had a family business. They had a sports store located in the town of Mozelos that traded sporting items.

In inaddition, Ruben is one of the children of his parents. Besides him, he has a younger sibling brother named Hugo and a sister Venessa. He is like a guardian to them and loves spending quality time with them.

Who is Ruben's wife? His children and marital status?

Ruben Neves is a matrimonial and family man. Ruben is the beloved husband of his spouse Debora Lourence with whom the player has a beautiful family of five, including his wife, one daughter, and two sons. His post on Instagram proves that he is a happily married person. The couple welcomed their first babe daughter Margarida in 2017. Besides her, he has two other children, Martim and Mateo (youngest). The lovebirds share thier adorable children's snaps on thier Instagram handle. Before walking onto the marriage aisle, Ruben and Debora started dating in 2014 and later engaged in 2015. At the moment, they appear to be happily marital status.

Net worth, annual salary, and market value of Ruben Neves 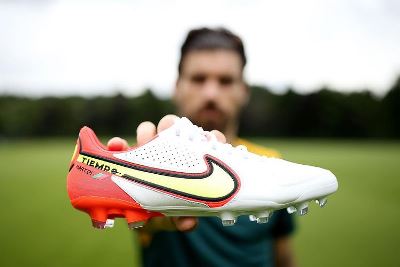 All credit goes to his passion and hard work towards football. He lives a comfortable and luxurious lifestyle with his family in England. On top of that, he also nursed his net worth in collaboration with Nike. As of 2022, his trending market worth is €40 million, and Gestifute, the company from Porto, Portugal, is his football agent. Another  Portuguese football player Toti Gomes who plays for Wolverhamton has a net worth of $1 Million.

As a youth player, Ruben Neves started his soccer journey by joining the home country sports academy, Porto. He spent nine years of his amateur level playing for Porto from 2005 to 2014. Also, during his time with the Porto youth system, Ruben spent a season with a Padroense loan during his amateur career. Coach Luis Castro praised him for his outstanding soccer qualities. At the senior level, the Portugal international began his footballing journey by joining his favorite childhood club, Porto 2014. 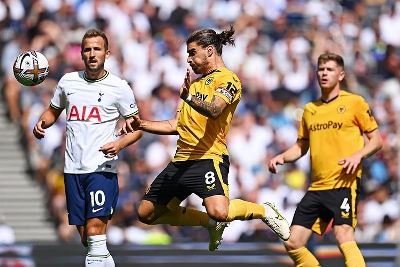 Serving three years for Porto, he moved to the EFL side, joining the Wolverhampton on 8 July 2017. Later in the match against Hull City on 15 August, Ruben scored his first EFL goal for the Wolves. Joining the Wolves was his best decision. He won several team and individual awards and achievements with the Wolves. He was even awarded the EFL Goal of the year award in 2018. He even led Wolves under his captaincy after being selected as a captain on 25 September 2019. The Portuguese star is one of Wolf's squad's crucial and prominent players. Reportedly, he has played 191 matches, adding 22 goals to his tally for Wolves in all competitions so far.

Regarding his international record, Ruben contributed at the youth level prior to senior-level appearances. He played for Portugal at different ages, from U15 to U U23. He got his first senior team call in replacement of Joao Moutinho. On 10 November 2015, he debuted for Portugal as a substitute player in the match against Russia. Not only that, Ruben has been representing Portugal in numerous international tournaments and games, including UEFA Nation League, UEFA European U21 Championship, etc. Also, he is a UEFA Nationa League gold medalist. He has recorded 30 international appearances for the Portugal senior squad.