Tote Antinoi Gomes famously known as Toti is a professional football player from Portugal who plays the role of the defender for Wolverhampton Wanderers. The Portuguese national wears jersey number 24. Toti Gomes has good defensive skills and techniques.

The Portuguese defender started playing professionally form 2014. When Gomes was recalled from the loan spell at Grasshoppers to Wolverhampton, he was successful to take his place in the club starting team as a center back at the premier league fixture. The Wolverhampton jersey no 24, Gomes is also listed on the most popular players list in Portugal.

The Portuguese defender was born on 16 January 1999 in Bissau, Guinea-Bissau. As of 2022, he is just  23 years of age and according to astrology, his zodiac sign is Capricornus. Gomes got to train in different academies during his youth period. He is a left-footed player.

He was very much fond of sports since his childhood. He began playing football professionally in 2014. Gomes very first game in his football career was for Fontainhas where he played for 2 seasons i.e 2014-16 as a left-defender.

Toti Gomes has an athletic body structure with a dark skin complexion. The Portuguese national stands tall at the height of 1.87 m (6 ft 1+1⁄2 in) tall and weighs around 78 kg. Further description, he has black eyes and very short hair.

Gomes football journey from  Fontain has to Wolverhampton

Tote Antonio Gomes had a keen interest in sport from the very beginning, especially football. He started his professional football career in 2014 when he was about 15 years of age. As a youth player, his first official game was for Fontainhas Academy where he played for 2 straight seasons from 2015 to 2016. After his time there, he joined Dramatico Cascais for 3 years where he get to learn many techniques and knowledge about football.

Later on, he decided to join Estoril in early  2017 where his performance was really impressive. So he was promoted to the senior Estroil team; made his Liga Pro debut on 5 May 2019 in a game against Academic Viseu. His career started taking uphill from here. 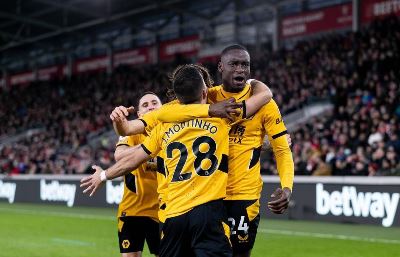 Likewise, on 2 September 2020, he got signed by premier league club Wolverhampton Wanderers appearing in just two games. Unfortunately, he was immediately loaned out of Swiss Challenge League side Grasshoppers Club Zurich for the 2020-21 season. His  Grasshoppers debut game was in the opening game against Winterthur.

Before being recalled by the parent club to spend January training there, he spent half of the 2021-22 season in Grasshoppers. In absence of Romain Saiss due to the Africa Cup Of Nation, he got a chance to play in Saiss place on Jan 15 2022 against Southhampton.

How much does Gomes earn? What his annual income and net worth in 2022

Toti Gomes is just 23 years he is doing quite well in football and still has a chance to develop his career better than ever before. At this young, he is earning money in Thousands. When he joined Wovehamton in the 2021 season, he netted a whooping salary of £5500 per week and £286787 per year.

He is in the initial phase of his career and still has a chance to add good fortune to his net worth in the future for sure. His estimated net worth is below $1 Million. 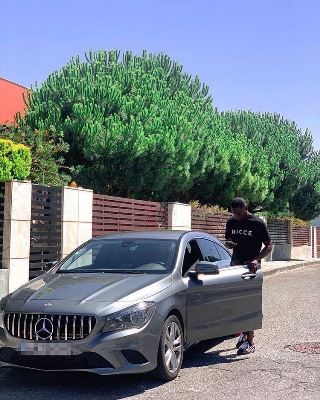 His market value has been significantly increasing but at the moment it's 1 million euros. This will increase soon if consistently perform well in the game.

Who is Gomes dating? His dating status

The Portugal defender, Gomes has kept his relationship and dating status very private. Being a private personality, he has kept his life low-key due to which any rumors or information relating to his dating and relationship status is unknown to the public.

Toti Antonio Gomes is active on social media. He has an Instagram account by the name @toti_gomes23 with 11.7K followers and his Twitter account is @TotiGomes23. He shares his life update and happenings with his fans via these media.