Adama Traore Diarra, a.k.a. Adama Traore is a professional footballer who is signed to the Premier League side Wolverhampton Wanderers as a winger or wing-back. He started his career with Barcelona, signed for Aston Villa in 2015, and later joined Middlesbrough before arriving at Wolverhampton Wanderers in August 2018. Traore's manager at Villa, compared him to both Lionel Messi and Cristiano Ronaldo, saying he had "a bit" of both.

L'Hospitalet de Llobregat, Spain native, Adama, was born on 25th January 1996, under the star sign Aquarius. The twenty-four years old Spanish winger has represented his nation at t under-16, under-17, under-19, and under-21 levels.

As of 2020, Adama Traore has an estimated net worth of over $5 million. Not to mention, the significant source of his income is considered his football career. A professional since 2013, he previously played for Barcelona, Aston Villa, and Middleborough, through which he earned a huge salary.

No doubt, Adama Traore can affords a opulent lifestyle but nothing is known about his real estate properties and cars. The guy is a low key person.

With no of the increasing fan, Adama Traore faces the question regarding his love life. But the Wolverhampton Wanderers' winger has zipped his lips when he encounters such a situation. To date, the hunk has not been spotted with any lady in public or his socials who are believed to his girlfriend. For now, he is believed to be single and much focused on his football career.

Besides, he is popular on Instagram, with 1.4 million followers with his 132 posts. Not to mention, all his posts are from a football career.

Adama Traore was born to Malian parents: father, Baba Traore, and mother, Fatoumata, who are Spanish immigrants. Moreover, their family origin/roots are from Mali, a landlocked country in West Africa. His elder brother Moha Traore is also a footballer who plays for the Hercules as a forward. 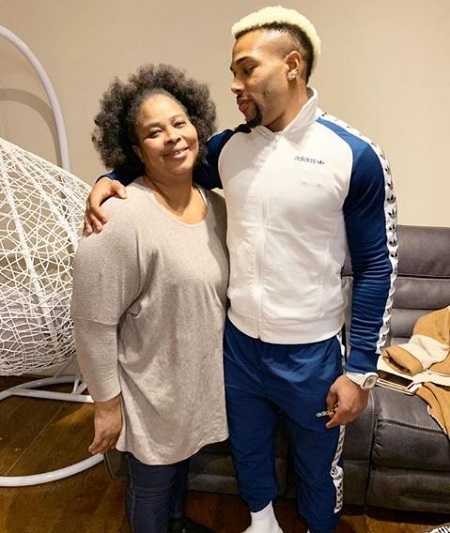 Regarding his physique, Adama stands 1.86 m tall and weighs around 88 kg.

Reportedly, Traore's overall rating in FIFA 19 is 65, with a potential of 71. He received a 3-star skill moves to rate. Moreover, he prefers to shoot with his left foot. His workrates are High / Low. His best stats are Sprint Speed: 84, Acceleration: 84, Agility: 76, Balance: 72, and Shot Power: 72.