Los Angeles, California native, Ronald was born on 22nd October 1989, under the star sign Libra. The thirty-one years old holds an American nationality and is of Afro-American ethnic background. He stands 5′ 10½″ / 179cm tall.

With a pro record of 17-1-2, Ronald Ellis has summoned a tremendous sum of money through his decade-long boxing career. He is expected to pull no less than the five-digit figure per fight and sometimes more according to event, result, and PPV.

Besides, the 2010 national Golden Gloves champion earns much from endorsement and sponsorship. As of 2021, his net worth is approximately $0.2 million.

Ronald Ellis' Wife: Is He Married?

Ronald Ellis is a married man who has always lived his personal life low key. However, the boxer is seen sharing pictures of two adorable baby girls here and there on his IG besides boxing. 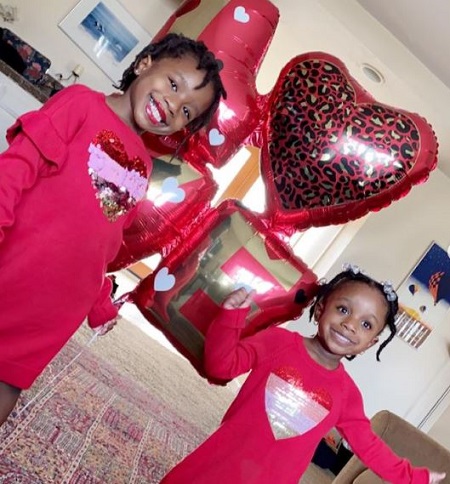 Unlike others, this year his valentine post was a little different. He shared pictures with babies which read, "My valentine yesterday 2 out of 3, what I do it for."

There is less to no information about Ellis's wife.

On 5th February 2011, Ronald Ellis made his professional debut against Anthony Adorno. He won the fight via TKO. That year, he had one more win against Arnaldo Decelet.

On 10th December 2016, Ronald faced Oscar Riojas at Sands Bethlehem Event Center, Bethlehem. He won the fight via unanimous decision. The earlier fight against Jerry Odon was no contest that season.

In 2017, he had only one fight: against Christopher Brooker at Bally's Event Center, Atlantic City on 20th January. The following season, he had three fights: wins against Teneal Goyco and Eduardo Mercedes as well as a draw against Junior Younan.

On 1st February 2019, Ronald had his career's first loss against DeAndre Ware. Rebounding from the loss, he made his come back on 7th December at Barclays Center, Brooklyn, where he defeated Immanuel Aleem.
On 12th December 2020, he won against Matvey Korobov, via RTD.