Frédéric Brillant is a professional football player who is currently signed to the Major League Soccer (MLS) side, D.C. United. A professional since 2005, he previously played for the RE Bertrix, KV Oostende, Beerschot AC, KV Oostende, and New York City FC.

How Much Is Net Worth In 2020? Know His Income Source, Salary, & Market Value

Frédéric Brillant plays side D.C. United of MLS since 2018 where his annual salary is $300,000. Further, he was signed to two years extension contract by the DC in 2019 which would keep him with the team until 2021. Reportedly, he will earn the same figure rest of the seasons with the club.  Wayne Rooney is the highest-paid athlete of the team with an annual salary of $3,507,500. 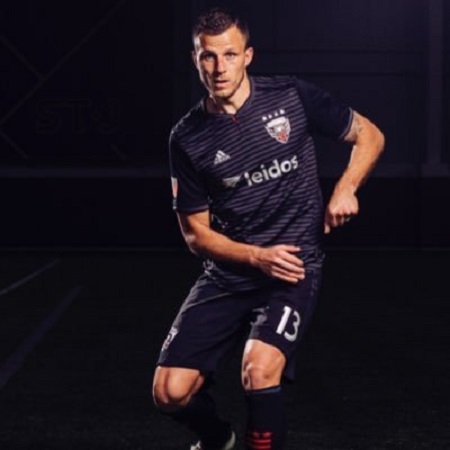 Besides, he previously played for he spent 2016-17 season with MLS side New York City FC, where he might have summoned six-digit figure per annum. Other than that, he spent over a decade playing different club of Belgian leagues. Around that time, Belgian leagues paid their players more than €20,000 per month.

Frédéric Brillant Is A Married Man

The 6-foot-3 Brillant, 34, currently resides in Arlington with his wife and their two daughters. The family arrived in the U.S. in 2016. At that time, they lived near the New York City FC practice facility in White Plains, New York.

Initially, the Brillant family has tried to travel on off days to see as much of the United States. He said, “At first it was a little bit of a challenge, I didn’t speak English three years ago.” Further, he added life is easier now than that first year in the U.S. 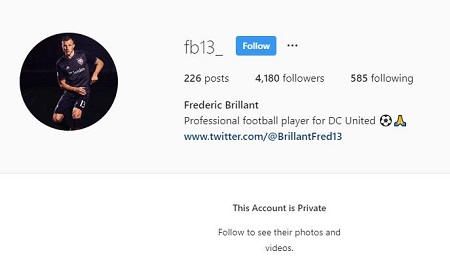 Brillant has maintained his personal life as secret as possible. Though he is known to be married and father to two daughters, the family photograph is nowhere to be found. Additionally, the hunk has set his Instagram account private.

Following youth career at Sedan Ardennes, Frédéric Brillant joined RE Bertrix in 2005 where he spent five seasons appearing in 122 matches with 7 goals. Subsequently, he switched to another Belgian football club, KV Oostende in 2011. After a season, he joined Beerschot AC, but the club dissolved in 2013 and he returned to KV Oostende.

On 28 January 2016, New York City FC acquired Brillant from the Belgian team KV Oostende on a free transfer. At the end of the 2017 season, he was released by New York.