Robert Gabriel Helenius a.k.a. Robert Helenius is a Sweden-born-Finnish professional boxer. He is a former European heavyweight champion who has held the title twice between 2011 and 2016. Most notably, he defeated former world heavyweight champions Siarhei Liakhovich, Lamon Brewster, and Samuel Peter. As of March 2020, his pro records 30-3-0 win-loss-draw.

Nicked name The Nordic Nightmare, Helenius was born on 2 January 1984 in Stockholm, Sweden. His star sign Capricorn. Raised in Finland, he holds both Finnish and Swedish nationality. He stands 2.00 m (6 ft 7 in) tall and weighs around 238½ pounds.

Robert Helenius Net Worth & Earnings As Of 2020

As of 2020, Robert Helenius has an estimated net worth of $0.5 million. Matter of fact, there is no fixed salary for the boxer they earn as per the fights but most matches come with bonuses for the victor. At the high end, boxers may earn extra income from sponsorships, endorsements, and licensing fees.

On average, he makes $50,000 per annum soley from his boxing career. From his recent fight against Adam Kownacki, he earned $30,000, however, Adam earned a paycheck of more than $100,000 despite the loss. 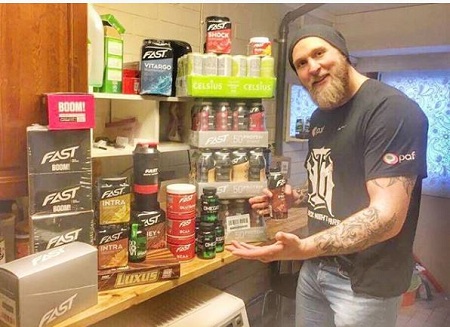 The boxer is sponsored by various brands including Fast. He is seen promoting the brand on his socials.

Who is Robert Helenius Married to?

Robert Helenius is a married man. He tied the knot with his girlfriend, Sandra Helenius, who won the Miss Åland title in 1997 and has since worked as a police officer. The couple shares three children Chillie, Kingston, and Wilde van Robertson. In 2013, the family moved back to Finland and settled in Åland. 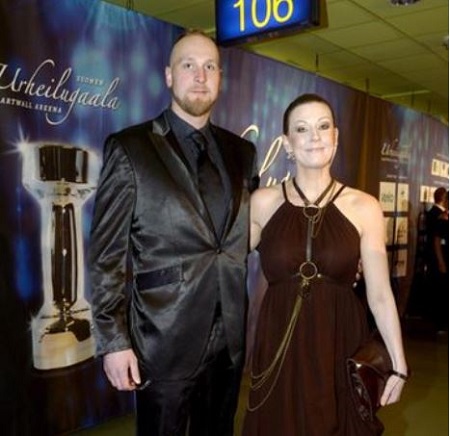 However, the couple has maintained a low key personal life sometimes Robert posting her photos but that was a long-time back, around 2015. Sandra focuses on running a family and does not appear in public very often. However, she has been seen encouraging her husband in matches and representing her at sports gala, among other things.

The couple once rose to prominence after their kissing photo went viral after winning the European Heavyweight championship fight against Tony of France in Erfurt in 2020.

Helenius lived in Sweden until the age of two. At the age of five, he started training boxing under his father.