Reggie Bush is a former American professional football player who played in the National Football League (NFL). He played for the Buffalo Bills as their running back. Bush has also played for other teams in the past.

As a running back, Reggie Bush reportedly used to earn around $1,500,000 as his yearly salary from Buffalo Bills. As of 2022, Reggie Bush has an estimated net worth of over $25 million.

What is Reggie Bush's Net Worth?

Some of Reggie's career contract and earnings are tabulated below:

He also has a collection of various high-budget fast cars. Further, the NFL player also earned a good amount from sponsorships. 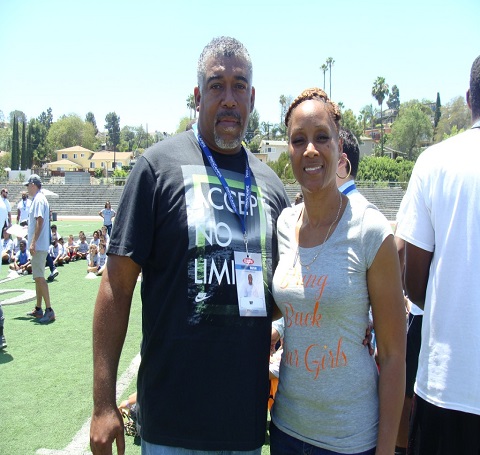 Being famous also means becoming wealthy, whereas Bush had gained lots of resources from his NFL career, so it's common for a celebrity to have romantic encounters.

Bush was also involved romantically with plenty of girls. Some of the names that have been disclosed to the media are Mellisa Molinaro, Mayra Veronica, Eve Torres, and Kim Kardashian West. 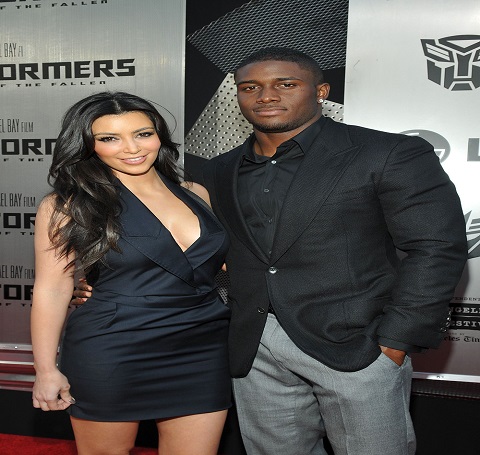 Bush also had encounters with Monique Exposito, Claudia Sampedro, Jessie James Decker, Amber Rose, and Carmen Ortega. He is rumored to have hooked up with January Gessert. However, he is a married man at the present moment.

Reggie is currently married to Lilit Avagyan, an Armenian Prestigious dancer and dance teacher. His wife, Avagyan, gave birth to the first child, a daughter, Briseis Bush, on May 6, 2013.

After giving birth to a daughter whose age was just a year, the couple decided to get married and took a vow on July 12, 2014. The ceremony was held in San Diego, California. The partners have two more sons, Uriah, born on July 12, 2015, and Agyemang, born on September 2, 2017.

Reggie Bush is not only a world-class athlete but also a very attractive individual. The Famous NFL star measures 6 ft 0 in / 1.83 m in height and weighs around 205 lbs / 93 kg.

Besides being a famous NFL player, Bush is active on social media and has also gained great fans and followers of 2.88M on Twitter and 613K on Instagram.

Reginald Alfred Bush Jr. was born on March 2, 1985, in Spring Valley, California, U.S.A, to father Reggie Bush Sr. and mother, Denise Griffin. He is American and belongs to an African-American ethnic group as per his nationality. Further, his star sign is Pisces. He grew up along with his step-brother, Javon Griffin.

Reggie Bush attended Helix High School in La Mesa, California, where he played for his high school American football team. Bush was listed as the No. 1 running back in the nation in 2003.

After high school graduation, Bush received an athletic scholarship to attend the University of Southern California, where he played for the Trojans.

The New Orleans Saints selected Reggie Bush with the second overall pick in the 2006 NFL Draft. In the debut game of Bush's NFL career, he accumulated 141 total yards against the Cleveland Browns.

In the opening game of the 2007 season, Bush and the Saints lost to the defending Super Bowl champion Indianapolis Colts 41-10. Bush finished with six total touchdowns and 581 yards rushing at the end of the season, averaging 3.6 yards.

Bush had surgery to repair a torn meniscus in his left knee the next day, right after the injury in the October 19 game against the Carolina Panthers and was expected to miss the next three to four games. Bush, Drew Brees, and the team won his first Super Bowl on February 7, 2010, winning over the Indianapolis Colts in Miami.

On July 28, 2011, Reggie Bush was traded to Miami Dolphins, where he scored his first rushing touchdown since 2009 and had his second career 100-yard game against the New York Giants with 103 yards on 15 carries.

Reggie Bush signed a 4-year deal worth $16 million with $4 million guaranteed with the Detroit Lions on March 13, 2013. Then Bush was released by the Lions on February 25, 2015. Similarly, in the same year, on March 18, he was assigned by the San Francisco 49ers.

On August 1, 2016, Bush signed a one-year deal with the Buffalo Bills, where he played along with NFL star Glenn Gronkowski. After the end of the season, Bush announced his retirement from the NFL on December 15, 2017.