Bruce Smith is a former American football defensive end for the Buffalo Bills and the Washington Redskins of the National Football League NFL). He played with Buffalo Bills for four consecutive Super Bowls as AFC champions. He is also a Pro Football Hall of Famer.

Bruce Bernard Smith was born on June 18, 1963, in Norfolk, Virginia to parents, George Smith and Annie Smith. As per his nationality, he is American and belongs to Afro-American ethnic group. Further, his star sign is Gemini. He grew up along with his siblings, George and Linda.

After his college football career, Smith was drafted by the Buffalo Bills with the first pick of the 1985 NFL Draft. He gradually improved his game and quickly became known as a sack specialist, with 15 in 1986 and a personal season-best 19, just three short of the then-NFL record of 22, in 1990. By the year 1989, Smith, in notching his 52nd sack, had already become the Bills' all-time sack leader, claiming a team record that he was to raise 119 times over the years. 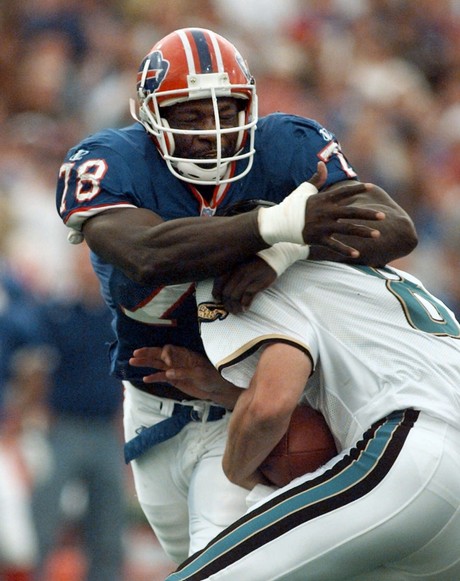 In 1990, Smith's defensive performance helped bring the Bills to Super Bowl XXV but unfortunately lost to the New York Giants. By 1996, Smith was still putting up prolific numbers, with 90 tackles and 14 sacks. In 1997, Smith had recorded 65 tackles and 14 sacks and by 1998, although getting older, he still had a respectable 50 tackles and ten sacks.

Smith signed with the Washington Redskins as a free agent and posted 58 tackles and ten sacks. He finished his career with 200 career sacks, the only person ever to reach the 200 sack mark. In February 2004, the Redskins released Smith and he officially retired from football. 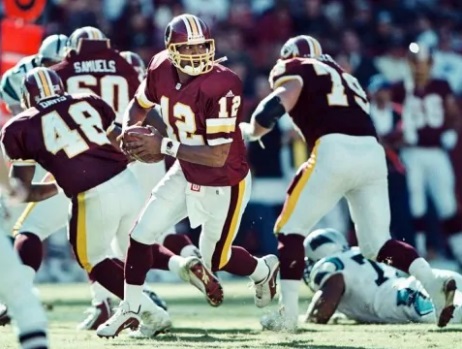 Bruce Smith is married to Carmen. Together, they have a son named Alston. He currently lives with his family in Virginia Beach, VA.

There isn't further information regarding Bruce Smith's personal life. He prefers keeping his family life quite a secret and hasn't revealed much about his marriage and family.

Bruce Smith's Salary and Net Worth

As of 2018, Bruce Bernard Smith has an estimated net worth of over $47 million dollars. He currently works as a large-scale hotel designer where he earns quite a fortune.

Bruce Bernard Smith so far has made earnings of $47 million dollars from his entire NFL career.

Facts and stats of Bruce Smith

Bruce Bernard Smith was not only a world-class athlete but also has a very attractive individual. The former NFL star is 6 feet 4 inches in height and weighs around 118 kg.