Rebecca Quin aka Becky Lynch is an Irish professional wrestler and actress. Recently a mom, Lynch is one of the top female athletes worldwide. She is signed to WWE under the RAW brand but is on leave currently. She is the inaugural SmackDown Women's Champion and held the belt three times.

Becky Lynch was born on January 30, 1987, in Limerick, Ireland, and grew up in Baldoyle. She stands 5 foot 6 inches tall and weighs 135lb. Her brother, Richy later wrestled as Gonzo de Mondo. Lynch said that she struggled with alcoholism before her wrestling career. She began her first training under Fergal Devitt and Paul Tracey. Her first ring name was Rebecca Knox.

In 2005, Lynch joined SuperGirls Wrestling, an all-female offshoot of Extreme Canadian Championship Wrestling. She first feuded with Miss Chevius whom she defeated but lost to her a month later. She then teamed up with Calum Macbeth to defeat Miss Chevius and Tony Tisoy in a mixed tag team match. Lynch next defeated Chevius and became the inaugural SuperGirls Champion. She later lost it to Lisa Moretti. 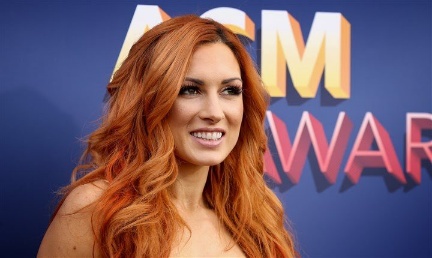 In late 2005, the Irish wrestler defeated Morgan in the first round of All Pro Wrestling's third ChickFight tournament but was eliminated by eventual winner Mariko Yoshida. This was followed by her victory in an 18 person battle royal at an event in Tokyo, Japan. In early 2006, Lynch defeated Allison Danger in a Shimmer Women Athletes match. She then feuded with Daize whom she defeated once out of two matches.

Lynch next a won title in France, the World Queens of Chaos Championship. In September 2006, Lynch suffered a head injury after which she took a six-year hiatus.

In April 2013, Lynch moved to Florida having signed with WWE, and named herself, Becky Lynch. In her in-ring debut on 26 June 2014, episode of NXT, she defeated Summer Rae. April 2015, Lynch defeated Bayley and Charlotte Flair in a triple threat match to earn a title match against Sasha Banks, which she lost at NXT TakeOver: Unstoppable. 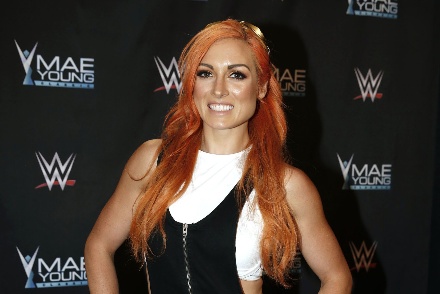 CAPTION: Becky Lynch was a wrestler of the year, 2018 SOURCE: Bizuaheyu Tesfaye

Lynch made her Raw debut on 13 July episode along with Charlotte and Banks. She made her in-ring debut on the 20 July episode of Raw with Paige but the duo lost the match to Banks and Naomi. She got her first singles victory on 28 July over Brie Bella. That year she also won Summerslam along with Paige and Charlotte.

On November 2, Lynch lost a match against Paige to earn a title match for Charlotte Divas Championship. She got her revenge the following week on Raw by defeating Paige. In early 2016, Lynch along with Banks defeated Naomi and Tamina in a tag team match at Fastlane. Her next notable moment was during the 2016 WWE draft, where Lynch defeated Natalya in her first SmackDown match.

On 11 September, Lynch became the SmackDown Women's Champion by winning a six-pack elimination challenge. She defended her title against Alexa Bliss on 8 November 2016. In February 2017, Lynch defeated James at Elimination Chamber. The same year, in October, Lynch won a fatal five-way match against Flair, Naomi, Tamina and Carmella to become the Team SmackDown's captain for the Survivor series. For the rest of 2017, Lynch with Flair and Naomi feuded with the debuting Riott Squad.

After the 2018 Money in the Bank event, Lynch began a winning streak defeating several divas. She went on to have a major feud with Flair which ultimately led to a title match between them at Hell in a cell. Lynch restore herself the SmackDown Women's Championship title and successfully defended it on two other occasions against the same opponent. After returning from an injury, Lynch lost her title to Asuka at TLC in December.

In January 2019, Lynch won the women's Royal Rumble match. At Wrestlemania 35, she controversially pinned Ronda Rousey to win both the Raw and SmackDown Women's Championship. In May 2019, Lynch retained the Raw's Women's Championship but lost the SmackDown's. In July, she regained both the titles with her then-boyfriend, Seth Rollins against Corbin and Lacey Evans at the Extreme Rules. At Summerslam, Lynch defeated Natalya in a submission match. Lynch next clashed with Banks on two events of which she won the latter. In November, she became the longest-reigning Raw Women's Champion. She then defeated Asuka to retain her title at the Royal Rumble in January 2020. Lynch won Wrestlemania 36 match against Baszler and defended her Raw Women's Championship.

WWE brings huge media attention as well as some lucrative deals to its wrestlers. The industry pays each wrestler a downside guarantee, baseline income. WWE also gives additional payouts when events do well and a cut of merchandise sales that use their image. 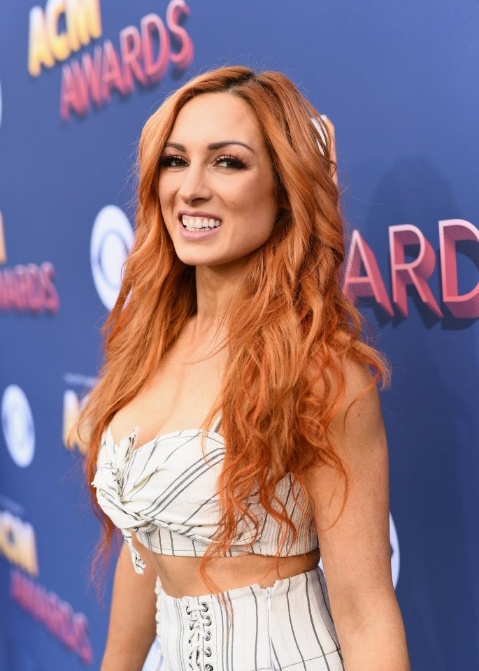 In 2019, Express UK reported Lynch's contract with WWE worth to be around $250,000 a year. This was before her rivalry with Rousey and her impressive winning streak. Within the same year, Becky Lynch became the most noteworthy inclusion in 2019's highest-paid wrestler.

Last year, in 2020, Forbes had positioned her 6th in the list of the highest-paid WWE star with annual earnings of $3.1million. She was ahead of Gold Berg ($3million), Shane McMahon ($2.1million), Stephanie McMahon ($2million), and Braun Strowman ($1.9million).

Lynch also moves plenty of merchandise, with her WWE Shop lineup being one of the best-stocked of anyone in the company.

Becky Lynch is famously in a relationship with fellow wrestler Seth Rollins. Their relationship was confirmed after they attended a concert together where they shared a kiss - Rollins posted the picture on his Instagram on May 13, 2019. 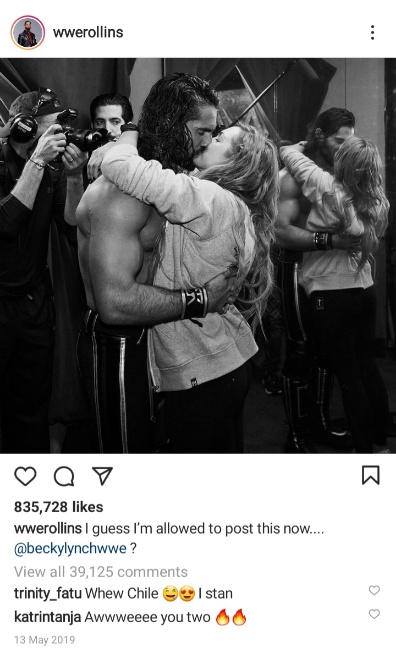 On August 23, 2019, Lynch announced her engagement to Rollins through Twitter. "Happiest day of my life. For the rest of my life," wrote the diva. In May 2020, Lynch revealed her pregnancy with Rollins during Monday night's episode while announcing that she was relinquishing her Raw Women's Championship belt to Asuka.

The couple had planned to marry at the end of May but got postponed due to the Covid-19. She and Rollins welcomed their first daughter, Roux on December 4, 2020.