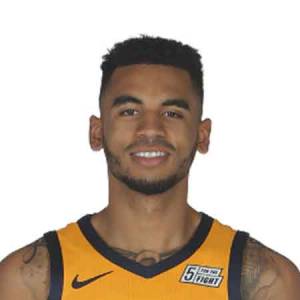 The Brazilian National Basketball player who plays as Point Guard for Utah Jazz reportedly earns an average salary of  $2,100,000. His net worth is estimated to be around $1.5 million.

Raul Neto Salary and Net Worth

Raul Neto so far has good made earnings from his entire NBA career.

As of 2018, Brazilian national player is currently single and focused in the career. Information related to his personal life is not revealed yet.

Although Neto is active in social media, he doesn't seem to share his personal life with his fans. Surfing through his Instagram pictures, it seems he mostly posts about his games. He is also an animal lover. He posts pictures and videos of his pet dog.

Other than that, it looks like he loves to travel.  There are pictures of him traveling to different places. He certainly looks happy. The NBA player stands at the height of 1.85m and is 81 kg.

Raul Neto was born on May 19, 1992, in Belo Horizonte, Brazil. He is Brazilian by nationality but also holds an Italian passport. His star sign is Taurus. There is not much information about his early life.

Raul Neto made his professional debut with Minas Tenis Club. Further, for three seasons he played for Minas and he even represented the World Team at the 2010 Nike Hoop Summit.

Neto gained attention at the 2010 FIBA Americas Under-18 Championship after leading the Brazil under-18 team. During the 2010FIBA World Championship, he was the youngest member of the senior Brazil national basketball team but played sparingly.

Later, he participated for the senior national team at the 2012 Summer Olympics, 2013 FIBA AmeriCup, and 2014 FIBA Basketball World Cup.

On July 9, 2015, Neto signed with the Utah Jazz making debut in the team's season against the Detroit Pistons. In 2016, Neto was selected to be a member of the World Team as 2016 Rising Stars Challenge.

During the World Cup, he played against Argentina in the round of 16. He scored 21 points to lead Brazil to a win.