The Swiss newspaper Freiburger Nachrichten labeled Sefolosha as the best Swiss basketball player of all-time in 2013. He is estimated to have the of around $4 million. He is married to  Bertille Sefolosha and has two children with her.

Thabo Sefolosha was born on 2nd May 1984, in Vevey, Switzerland. His father Patrick Sefolosha, is a South African musician and mother Christine Sefolosha, a Swiss artist. 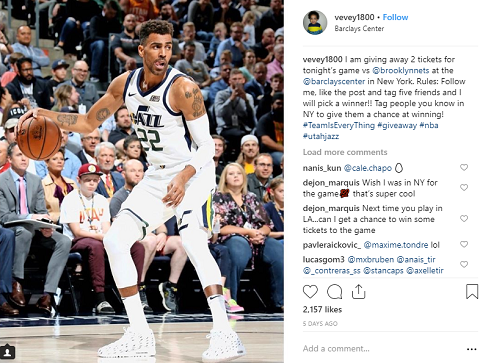 Sefolosha belongs to a Swiss nationality. He visited and live in several countries and is fluent in French, Italian, and English. However, his educational background is yet to be revealed.

Thabo Sefolosha began his professional basketball career at the age of 17playing with Tege Riviera Basket in Switzerland's top domestic league. Similarly, he also played for Elan Chalon in France. While playing with the junior under-21 squad, Sefolosha averaged 4 points, 3.5 rebounds and 1 assist per game.

Furthermore, Sefolosha averaged 9.4 points, 7 rebounds, and 1 steal during his senior seasons. In the 2006 NBA draft, Sefolosha was drafted by Philadelphia 76ers with 13th overall pick and was soon traded to Chicago Bulls. On 19th February 2009, he was traded to Oklahoma City Thunder and was selected to the All-NBA Defensive Second Team for the 2009–10 NBA season.

On the other hand, Sefolosha further played 7 matches at 2011–12 Euroleague season for Fenerbahçe Ülker. Likewise, on 15th July 2014, he signed for Atlanta Hawks. Sefolosha currently plays for the Utah Jazz along with Rudy Gobert, Ricky Rubio, Grayson Allen, Dante Exum, and others.

Thabo Sefolosha is a married man. Sefolosha is married to Bertille Sefolosha. However, the couple hasn't revealed the exact date of their wedding. From their marital relationship, the husband and wife are blessed with two children. 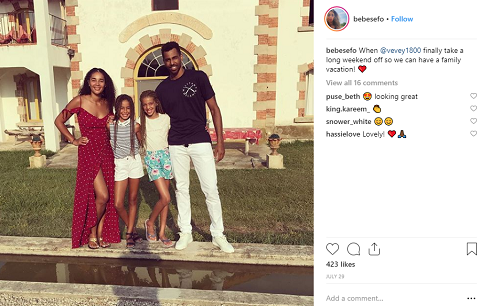 CAPTION: Thabo Sefolosha with his wife and children SOURCE: Instagram

They have two daughters Lesedi Sefolosha and Naledi Sefolosha. Sefolosha is living happily with his wife and kids. He gives equal time to this profession as well as family. Sefolosha frequently shares photos of his spouse and daughters on his Instagram, Twitter, and Facebook.

Sefolosha and his wife Bertille are maintaining a peaceful relationship without facing any rumors of divorce and extramarital affairs. Besides this, Sefolosha hasn't dated any other girls in past.

Thabo Sefolosha Net worth and Salary

The professional NBA player, Thabo Sefolosha earns a fortunate amount of money from his career. Currently, Sefolosha has an estimated net worth of around $4 million. Sefolosha previously played for teams including the Chicago Bulls, Oklahoma City Thunder, and Atlanta Hawks.