As a Shooting guard/point guard, Long reportedly earns around $77,250 as his yearly salary from Utah Jazz.

Naz Mitrou-Long Net Worth And Salary

As of 2019,  his net worth is under review. He reportedly signed a  contract with Utah Jazz, on a two-way contract with the Salt Lake City Stars of the NBA G League.  Further, the NBA player has an average salary of $77,250 annually.

Naz Mitrou-Long so far has made earnings of $92,160 from his entire NBA career. In addition, he is the least paid player of Utah Jazz while Rudy Gobert, Derrick Favors, Ricky Rubio are among the highest paid players.

The Famous NBA star is 6 feet 4 inch in height and weighs around 99 kg. Naz Mitrou-Long is not only a world-class athlete but also is a very attractive individual.

Other than being a famous NBA Shooting guard / Point guard, Naz Mitrou-Long is pretty famous in social media. In addition, McDermott appears to focus on building up his career and the details about his current affairs/relationship are not in the media yet.

Naz Mitrou-Long was born on August 3, 1993, in Mississauga, Ontario to parents Jersey Long and Georgia Mitrou. As per his nationality, he is Canadian and belongs to the African ethnic group. Further, his star sign is Leo. He grew up along with his sibling, Elijah Long.

After completing high school, Naz Mitrou-Long enrolled at Iowa State University and played for the Iowa State Cyclones men's basketball. He held an average of 1.4 points and 1.0 assists per game as a freshman. 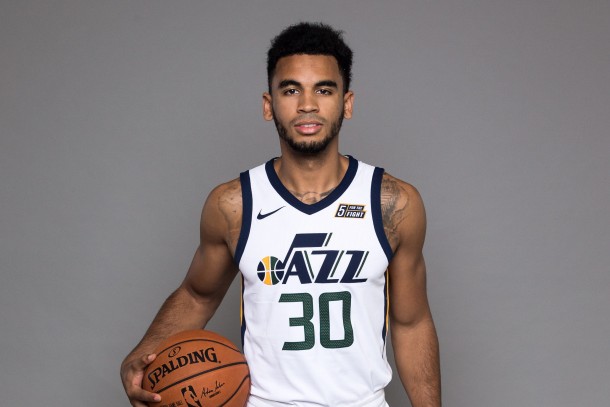 After promising performance in Salt Lake City Stars, On 22 December 2017, Mitrou-Long signed a two-way contract with Utah Jazz, taking the place originally held by Nate Wolters. Four days later Mitrou-Long made his NBA debut, recording a three-pointer in a loss to the Denver Nuggets.

However, Mitrou-Long was withdrawn from jazz on 13 January 2018 to sign his former college teammate Georges Niang.