Tyler Cavanaugh is an American professional Basketball player who plays in the National Basketball Association (NBA). As of 2019, Tyler Robert Cavanaugh currently plays for the Utah Jazz as their Power forward.

As a Power forward, Tyler Robert Cavanaugh reportedly earns around $77,250  as his yearly salary from Utah Jazz. Tyler is currently in a relationship with his girlfriend, Maddy Doyle.

Tyler Cavanaugh Net Worth And Salary

As of 2019, Cavanaugh's net worth is under review. In 2018,  he reportedly signed a two-way contract with Utah Jazz, splitting his time between Utah Jazz and Salt Lake City Stars. Further, the NBA player has an average salary of $77,250 annually.

Moreover, he is 16th best-paid player of Utah Jazz while Rudy Gobert, Derrick Favors, Ricky Rubio are among the highest paid player. In addition, he reportedly earned $77,250 from the 2017-2018 season.

Happy Birthday @maddydoylee ! I am so thankful to have you in my life each and everyday! I love you and hope you have a great day! #jordanyear

The Famous NBA star is 6 feet 9 inch in height and weighs around 108 kg. Other than being a famous NBA Power forward, Tyler Robert Cavanaugh is pretty famous in social media.

Tyler Robert Cavanaugh was born on February 9, 1994, in Syracuse, New York to parents John Cavanaugh and Marie Cavanaugh. As per his nationality, he is American and belongs to a white ethnic group. Further, his star sign is Aquarius. He grew up along with his siblings, Julia Cavanaugh, and Kayleigh Cavanaugh.

Cavanaugh began his college career at the University of Wake Forest where he spent two seasons between 2012 and 2014. For the last two seasons, he moved to George Washington University, where he played from 2015 to 2017.

Tyler signed a two-way contract with Atlanta Hawks on On November 5, 2017, splitting his time between  Erie BayHawks and Atlanta Hawks and eventually made his NBA debut on the same day. 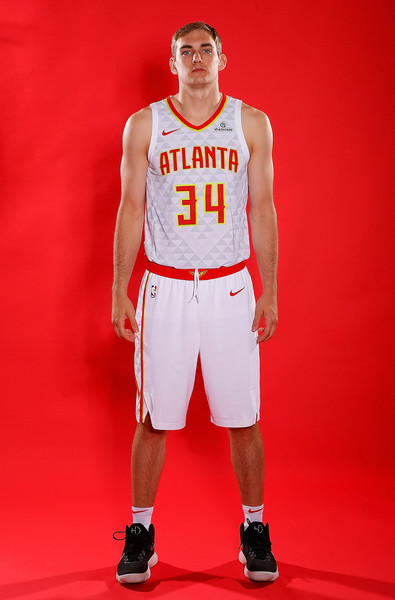 On 18 December 2017, the Hawks Offered a two-year contract to Cavanaugh after recording the fourth highest three-point field goal percentage among rookies. In his Atlanta Hawks career, he held an average of 4.7 points, 3.3 rebounds, and .7 assist per game.

On 1 August 2018, Utah Jazz signed offered a two-way contract to Tyler Cavanaugh and playing with the team until now. Further, he wears jersey no 34, playing along with Tony Bradley, Joe Ingles, Thabo Sefolosha and many more