No. 27 – Utah Jazz Center, Rudy Gobert was born on June 26, 1992, in Saint-Quentin, France under the birth sign of Cancer. He holds an American nationality and belongs to the Afro-American ethnic background. He was tested positive for coronavirus in March 2020 but was later cleared.

Rudy Gobert is signed to the Jazz and earns millions from the franchise every year. He recently agreed to a contract extension as it will expire at the end of the season. Rudy and Utah Jazz will sign a five-year, $205 million contract in 2021 which happens to be the largest deal for a center in league history. He will earn an average salary of $41 million in a year for the next five seasons.

Matter of fact, seven seasons in the NBA have helped Rudy Gobert to make a jaw-dropping career earning of $102,503,367. Besides, the 2020 NBA All-Star also makes additional earnings from his endorsement deals with various brands. Looking at his career, the NBA star has an estimated net worth of $60 million. 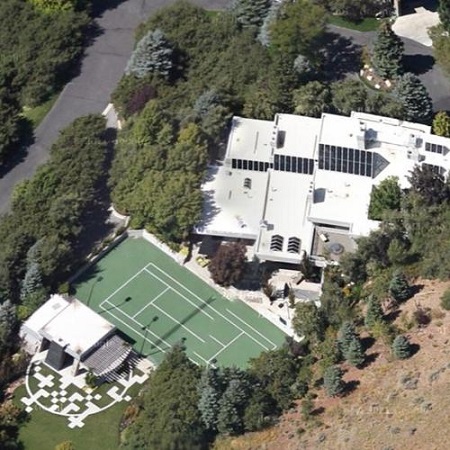 Rudy Gobert's Personal Life; Who is his Girlfriend?

Talking about Rudy Gobert's personal life, he never talked about his affair and girlfriend among his fans. He seems more dedicated to his game rather than involving in an affair with his partner. Gobert also remains away from unnecessary gossips and rumors. He is possibly single and yet to get married.

In the future, he will definitely get a spouse in his life. However, at this moment ambition and career are everything for him. His goal is to be a perfect player for basketball rather than involving in an affair with his partner. However, his name in the past linked with former Jamaican beauty queen Bianca Fairchild, but it tended to be just a rumor. 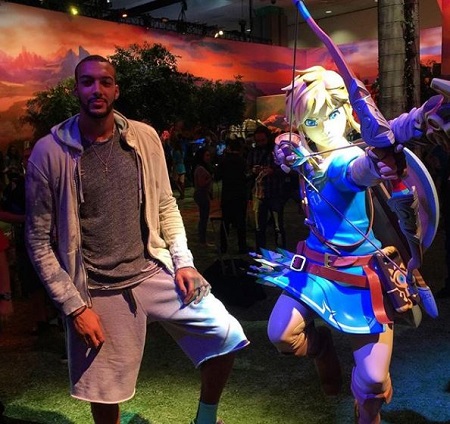 Besides, being such a popular sports star, he never has been the part of any controversy or rumors. And regarding his stats, he stands at a height of 7 feet 1 inch or 2.16 m and weighs 245 pounds or 111 kg.

Gobert was recently tested positive for Coronavirus ahead of the team's game against Oklahoma City Thunder in March 2020. The game against Thunder was canceled after he came positive and NBA also announced that the remaining league matches were suspended.

He was cleared from the virus in late March which was reported by the Utah Department of Health.

Rudy was born to parents Corinne Gobert and Rudy Bourgarel. His father was also a professional basketball player from Guadeloupe who played for the French national team in the 1980s. Gobert is French by his nationality. There is no information about his ethnicity.

He was raised in his hometown and from an early age, he was interested in basketball. At the age of 11, he started learning and playing basketball. Rudy also took basketball training in 2007 and in 2010; he participated and performed in the FIBA Europe Under-18 Championship. He played for the French Junior National Team.

Rudy Gobert started his early professional career with Cholet Basket. He played with the team for 3 years which is from 2010 to 2013. On June 27, 2013, the Denver Nuggets selected him with the 27th overall pick. He was later traded on the draft night to Utah Jazz. To date, he is playing for Jazz.

On 31 October  2016, Gobert signed a four-year contract with $102 million extensions with the Jazz. On March 2, 2018, he scored a season-high 26 points and seized 16 rebounds in a 116–108 against Minnesota Timberwolves. Similarly, in May 2018, he was named in the NBA All-Defensive First Team. Additionally, he was ever to earn multiple All-Defensive First Team recognition, alongside Karl Malone and Mark Eaton.