Rachel Bush is an Instagram model and the wife of professional football player Jordan Poyer.

Bush was born on November 1, 1997, and grew up in Newcomb, New York, a town near the Canadian border. She attended Florida Atlantic University and had participated in the Miss New York pageant.

The Instagram beauty and Jordan Poyer started dating sometime in 2016. The Texas-born six-foot-tall footballer was playing for the Cleveland Browns while Rachel was a college student at Florida Atlantic University. Their daughter, Aliyah Anne was born on December 30, 2016. They got engaged a few days earlier on Christmas. They've been married since February 17, 2018. 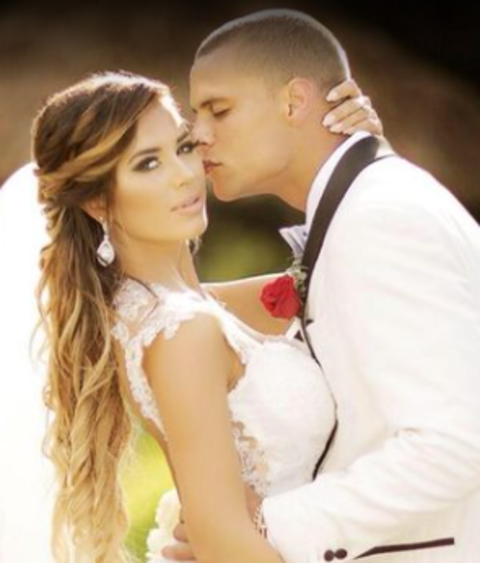 Bush and Poyer's relationship went through a rough patch during the summer of 2018 in the wake of the latter's infidelity rumors. The footballer was accused of cheating with college student Summer Rae. Poyer later issued a public apology to his wife through his official Instagram account.

The couple, for a while, seemed to have reconciled but in October 2018, Rae alleged that Poyer had told her he was getting a divorce from Bush prior to their affair. Tabloids also reported that there were some heated messages exchanged between Bush and Rae amidst the safety strong's cheating scandal. The wife of the Buffalo Bills' no 21 argued that it was Rae who was crazily obsessed with her husband and constantly texting him. 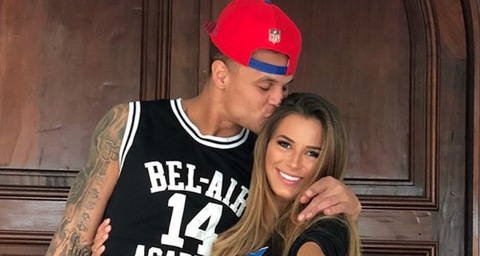 Bush has also her share of controversies when it comes to the topic, "athletes and their affairs." In 2016, she claimed the LA Lakers icon Lebron James had DMed her on Instagram. The 23-year-old told the message was from the NBA star's account, but was doubtful if it was really James who had sent her the message, "Hey, What's up."

Rachael Bush's Net Worth and Career

Bush's net worth is still a matter of conjectures and hypotheses as her job is hardly considered as a conventional source of income. Nonetheless, she could still be pulling in hundreds of thousands of dollars from all those growing social media handles. Poyer's wife has a strong and significant number of followers on her Instagram, Twitter, and Facebook accounts.

In the very best scenario, she could be worth seven figures thanks to her million-plus Instagram followers. She could very likely be seeing $100,000 or so every time she posts for a brand on her Insta handle. This number might be as high as $250,000 to even half a million if she happens to have a strong engagement rate.

Bush has an associate's degree which she was eligible to earn because of her enough high school credits. In the fall of 2015, she moved to attend Florida Atlantic University in Boca Raton having competed in the 2014 Miss New York pageant the previous year.

The move facilitated her to more actively pursue a modeling career.

Sources state she was signed to Premier Model Management in New Smyrna, Florida during her pageant days.

She finished her college education in 2016. That year, she had also launched her own line of Brazilian bikinis called "Enjoy My Cake."