Gisele Bundchen is a well-known Brazilian model, activist, and businesswoman. Bundchen is also one of the richest women in the entertainment industry. Gisele was listed as the 89th Most Powerful Woman in the World by Forbes in 2014. She is also known as the wife of an American football quarterback for the Tampa Bay Buccaneers, Thomas Edward Patrick Brady Jr aka. Tom Brady.

Gisele Bundchen was born Gisele Caroline Bundchen on July 20, 1980, in Horizontina, Rio Grande do Sul. She is among the six children born to Vania Nonnenmacher and her husband, Valdir Bundchen. She was raised in a Roman Catholic family. Her mother was a bank clerk pensioner, and her father was a sociologist and a writer. She can speak English, Italian, Spanish, and some French.

How Rich is Gisele Bundchen? Know About her Net Worth, Earnings, and Contracts 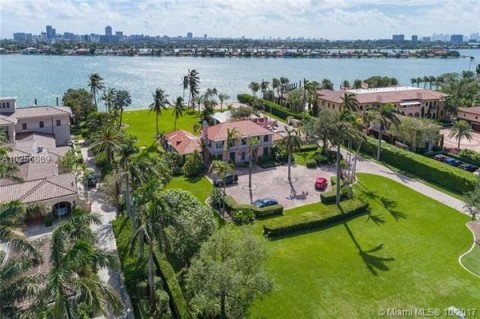 In 2016, Forbes listed Bundchen in the Celebrity 100 Earnings with $30.5 Million. Bündchen was the highest-earning model in the world for ten consecutive years. She worked with numerous clients like Chanel, H&M, Louis Vuitton, Carolina Herrera, and numerous others.

Gisele rose to fame after signing a $25 million contract with Victoria’s Secret; she appeared in dozens of commercials and campaigns. Although The model announced her retirement in 2015, She was among the highest-paid models until 2018.

Her husband, Tom Brady, has an estimated net worth of more than $300 Million. He has a base salary of $10 Million. He received $20 Million as his roster bonus. Lately, Gisele and Tom bought a lavish Mansion for $17 Million in Indian Creek Island, which spread over 5,000 square feet.

Gisele has been married to her longtime boyfriend, Tom Brady. The love birds tied their wedding knot on February 26, 2009, in an intimate Catholic ceremony in Santa Monica, California. They had been dating each other since December 2006. In December 2009, The duo welcomed their first child, Benjamin Rein. Then in December 2012, Their second child, a daughter, Vivian Lake, was born. 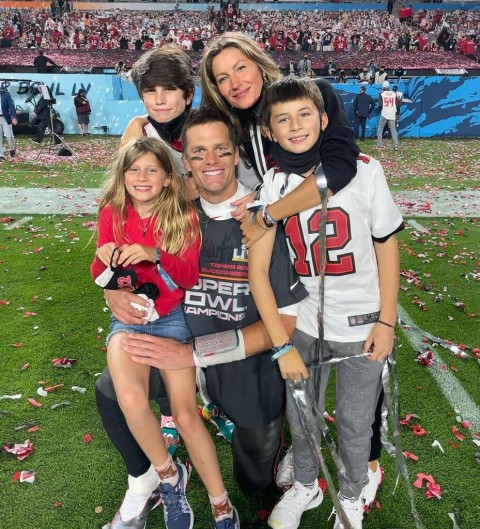 Gisele shares a photo with her children and her husband, Tom SOURCE: [email protected]

Gisele is not only famous for her successful career but also known for her relationship history. The Brazilian model was involved in a romantic relationship with famous American actor Leonardo DiCaprio. The duo started dating each other in 2000 and ended their relationship in 2004.

Modeling Career and Rise to Fame

Gisele got her breakthrough in 2000 after appearing on 37 international Vogue covers, including three in the American edition. She traveled around the world for the photoshoot and fashion campaign. In 2004, Bundchen also got a chance to co-star in the remake of Taxi. By the end of 2007, Time Magazine was named among the  100 Most Influential People in the World.

The model appeared on the cover of Vanity Fair's style issue and the cover of Vogue with NBA player LeBron James in 2008. She appeared on eight Vogue covers in 2011, more than any other model or celebrity that year. In 2013, Gisele became the face of Chanel's make-up line, Les Beiges. By 2015, Bündchen appeared in more than 550 ad campaigns, 2000 magazine covers, 3500 magazine editorials, and 800 fashion shows.

Since 2015, Gisele has decreased her public appearance almost to non. She has been working as the brand ambassador to several reputed companies but has not appeared on cover pages. In early 2021, Rumor of Bundchen leaving IMG Models had hit the market but is yet to be confirmed.