Pep Guardiola is a professional football manager who currently coaches Manchester City FC in the Premier League. The former manager of FC Barcelona and FC Bayern Munich, Guardiola, is one of the most successful managers in world football.

Guardiola is a former player and was one of the most crucial players for Barcelona during 1990-2001. He is the first manager to make the team win the Premier League with more than 100 points.

Josep Guardiola Sala was born on 18 Janaury 1971 to Dolors Guardiola and Valenti Guardiola in Santepedor, Barcelona. He is the third child of his parents, with two older sisters and one younger brother. 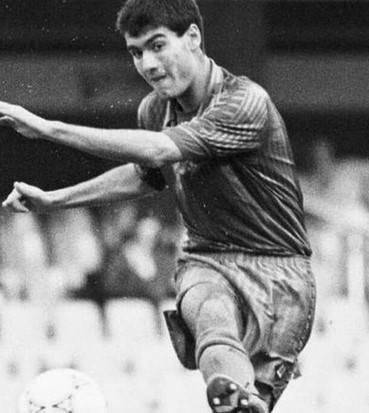 Pep Guardiola for Barcelona B in his young daysSOURCE: Instagram @pepteam

Pep is the manager of one of the most expensive football clubs in the world- Manchester City. They play in the most revenue-generating football league in the world- the Premier League. Manchester City pays a great sum of money to every player and coaching staff. The financial backing is too strong for the club.

Pep joined City in 2016, and he brought great success to the club. With the arrival of Pep, Cityzens have won three Premier League titles already. The salary for Pep Guardiola is around $20 million every year. His major source of income is from football. However, Pep has invested a lot in other sectors as well. Pep has his own brand named Pep Team that organizes football-related campaigns, including summer camps. He also has his own Foundation. He does a lot of charity and social works through Fundacion de Guardiola.

With a great success rate as a manager, Pep is a wanted manager around the globe. Many Qatar clubs have bid a high price to bring Pep to their clubs. But, Guardiola is with Manchester until the end of 2023. With his exit from Manchester to Qatar, he can become the highest-paid manager ever. But, he is with the Cityzens and has the challenge to win UEFA Champions League. 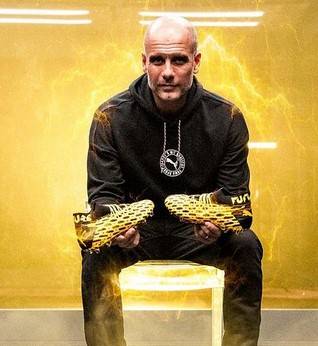 The 50-year-old manager is currently endorsed by PUMA- one of the leading sportswear companies. They pay him a handsome amount of money for every promotional campaign. He participates in many promotional campaigns with PUMA. He had a good collaboration with Virat Kohli a few months back.

The net worth of Pep Guardiola is estimated to be around $50 million- $60 million.

Pep is married to Maria Sierra. The romantic couple got married in 2014 and has three children- Maria Guardiola, Valentina Guardiola, and Marius Guardiola. Maria is a fashion designer herself that has helped Pep to carry a great sense of style. Pep Guardiola with his wife Cristina Sierra and their childrenSOURCE: The Mirror

Pep loves his family a lot. They always come to support him. He is seen celebrating trophies with them whenever he wins them. Talking about Pep's parents, his father is Valenti Guardiola, and his mother is Dolors Sala. Unfortunately, Pep lost his mother Dolors to COVID-19 on 6 April 2020.

Pep's older daughter Maria is an internet star and social media sensation. Her snogging with Dele Alli made the headlines of many big UK Magazines. Pep even said he would give a Champions League medal if he wins it to someone who has never seen a medal. That's total bashing of Dele as he has not won anything with Tottenham Spurs.

Pep has been one of the most gifted and successful managers of all time. He has coached three of the best clubs globally- FC Barcelona, Bayern Munich, and Manchester City. All of the three clubs play in three of the top five leagues of the world.

Guardiola started his managerial journey with Barcelona B in 2007 and became the senior team coach in 2008. He coached Lionel Messi, Gerard Pique, Carles Puyol, and Xavi in his first senior managerial season. Guardiola led Barcelona to win their first treble and became the first manager to win the sextuple in club football history. Barcelona played some serious tiki-taka football and went on to become the best team of the decade. Everyone feared to face Pep's 2008 Barcelona team.

They went on to win La Liga, Copa Del Ray, UEFA Champions League, Club World Cup, Supercopa de Espana, and UEFA Super Cup, all in a single season. That was one of the best managerial stints in the first season as a manager.

Pep left Barcelona on 16 January 2013 and joined the Bavarians. During his three-year tenure at Bayern Munich, Pep won the German League three times and DFB Pokal twice. He also had his hands on UEFA Super Cup and Club World Cup each time.

The talented manager coached Robert Lewandoski, one of the most lethal strikers in football. It was under Pep Guardiola when Lewandoski scored five goals in nine minutes against VFL Wolfsburg in Bundesliga. 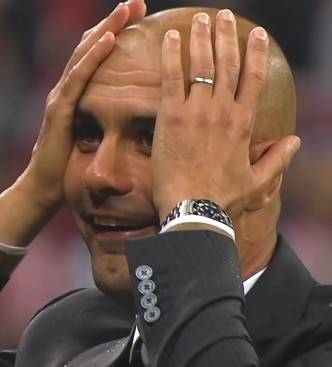 Pep had a brilliant time in Munich. He discovered some great players like Joshua Kimmich, Kingsley Coman and brought in Lewandoski from Dortmund. These were some crucial players who were part of the 2019/20 Champions League Winning Squad.

After having a fairy tale of a journey in Munich, Guardiola decided to go to the Premier League to coach the blue side of Manchester. He signed for Manchester City on 1 July 2016. With the arrival of Pep, City became one of the elite teams in European football. He transformed them into a magnificent powerhouse. 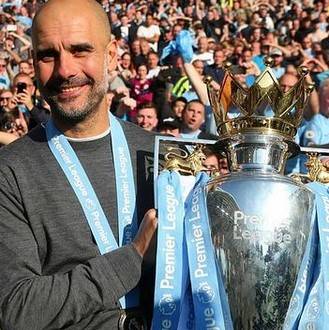 Under the management of Pep, Manchester City won three Premier Leagues and became the runner ups of Champions League 2020/21. They lost to Thomas Tuchel's Chelsea in the finals. Guardiola still has not won a Champions League trophy with City, and it is his dream to win the European title with the Cityzens.

Pep is popular for his tactics and gameplay. His tactics and bonding with the team have made him a successful manager. He is one of the greatest managers in world football, and he proves it often.