Paul Herman Eboua a.k.a. Paul Eboua is a professional basketball player who is currently playing for VL Pesaro of the Lega Basket Serie A (LBA). A professional since 2015, previously, he played for the Roseto Sharks of Serie A2 (2018-2019) after finishing his collegiate career at the University of Douala. Right now, he projects to be a second-round prospect for the 2020 NBA Draft.

Yaoundé, Cameroon native, Paul Eboua was born on 15 February 2000, under the star sign Aquarius. As per nationality, he holds dual citizenship cards: Cameroonian / Italian and belongs to the African ethnic background.

No. 12 – Victoria Libertas Pesaro's small forward, Paul has submitted paperwork to the league office to make himself eligible for the upcoming NBA draft.

Eboua wrote to ESPN, "I have made the decision to declare for the 2020 NBA draft with the full intent to stay in," further he added, "I would like to thank Pesaro for giving me the opportunity to play for them this past year, and also I would like to thank StellaAzzura and Coach Germano for helping me up until this point and continuing to help me through the draft process." 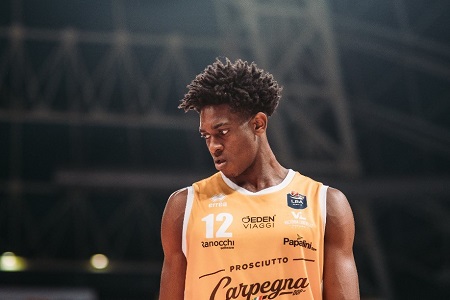 ESPN Top 100 has listed him in 53rd prospect while CNS Sports He is ranked 71st in the 2020 NBA Draft Prospect rankings behind Kaleb Wesson, Abdoulaye N'doye, and Jared Butler. If Paul goes select as per estimation, the hunk will have his salary in million unlike now, playing for the VL Pesaro, where his salary is $100,000 per annum.

The twenty-years-old, Paul Eboua who recently declared for the NBA Draft is focused on his career rather than anything else. To date, he is free from controversies and rumors related to love affair and girlfriend. 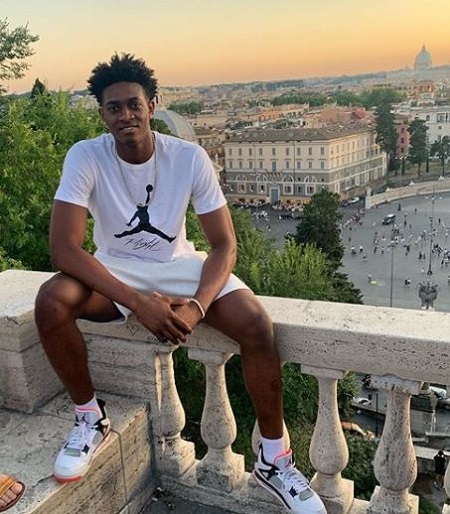 Besides, Paul is active on Instagram with 6.2k followers which is full of his family pictures, basketball, and some from vacations.

Born and raised in Cameroon, Paul first moved to Italy in 2015 specifically to pursue a basketball career at the Stella Azzurra Rome Basketball Academy. Up until that point, he had never played organized basketball before. In fact, he was noticed by Italian club Stella Azzurra Roma while playing at the University of Douala.

His family, both parents, and his two sisters and a brother they still live in Cameroon but keep in touch though and chat almost daily with Skype and Whatsapp, Paul said. On 29 April 2020, he lost his father.

Eboua made his professional debut for Roseto Sharks in the Serie A2 Basket, on 7 October 2018. The following year on 13 January, he recorded season-highs of 18 points and 9 rebounds in a victory against Pallacanestro Mantovana. In 35 games, he averaged 5.3 points and 3.4 rebounds in 14.9 minutes per game.

After that Eboua signed with VL Pesaro of the Lega Basket Serie A (LBA), on 9 July 2019.