Kaleb Wesson is an American college basketball player who is currently representing the Ohio State Buckeyes of the Big Ten Conference. After a junior season, he declared for the 2020 NBA Draft.

Westerville, Ohio native, Kaleb Wesson, was born on 29th July 1999 under the star sign Leo. By nationality, the twenty years old is American, who came from the Afro-American ethnic background.

Kaleb Wesson, an Ohio State junior has officially declared for the upcoming NBA draft and will sign an agent to help with this process. However, his decision to hire an agent does not eliminate his eligibility to return for his senior season in 2020-21. 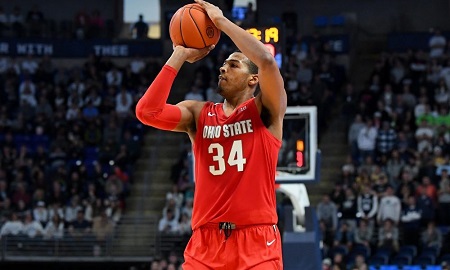 The young talent who averaged 14 points, 9.3 rebounds, 1.9 assists, and 1.0 blocks was Ohio State's leading scorer and rebounder. Stepping forward for the NBA draft is not his first time. He has tested NBA waters in the 2019 NBA Draft, but Wesson decided to withdraw himself from consideration and remain in Columbus for the season.

Wesson is ranked 70th in the 2020 NBA Draft Prospect behind Reggie Perry, Jared Butler, and Jordan Nwora, by the CBS Sports. Even though if he goes pick last, Kaleb still will have the three years contract worth $4,198,912, earning annually $1,399,637.

Kaleb Wesson's Girlfriend: Is He Dating?

Yet to turn professional but Kaleb has already earned huge fan base. No. 34 – Ohio State Buckeyes' power forward is often seen surrounded by his ladies fan after most of his games. 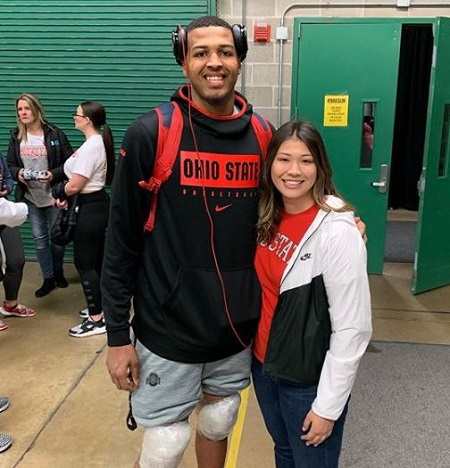 But the question remains today is Wessons' relationship status. Nevertheless, the basketball player has well managed his personal life far from the media's eyes.

Kaleb is the son of Stephanie and Keith Wesson, who played basketball at Ohio State from 1983 to 1987. Further, Kaleb attended Westerville South High School and played alongside elder brother Andre.

Named Ohio Mr. Basketball, Wesson averaged 22.4 points and 10.9 rebounds per game and shot 67 percent as a senior. Wesson was a four-star recruit, No. 6 center in his class, and rated as the No. 75 overall player. After graduation, he committed to Ohio State.

6'9", 270-pounder, is a tough, bruising big man who can score the basketball in a variety of ways. Also, a good rebounder, Kaleb, can knock down spot-up threes off the catch, as well as had solid footwork, strength, and shooting touch, which allows the hunk to score numerous times on the block.

The report shows, he has a good set of skills and basketball IQ, which could lead him to end up being a substantial role in the NBA.