2009 World Amateur championships Bronze Medal winner Oscar Valdez is a well-known Mexican professional boxer. He has been fighting at the professional level since 2012. Oscar is yet to lose a single game in his professional career. He has won twenty-eight fights with twenty-two coming via KO.

Oscar Valdez was born Óscar Rafael Valdez Fierro on December 22, 1990, in Nogales, Sonora. He is among the three children born to Gloria Fierro and her husband, Oscar Valdez Sr. His parents separated soon after the birth of Oscar. His father moved to Mexico, and his mother remarried. His father was also an amateur boxer during his time but later worked at mines. Valdez stands five feet and seven inches tall and weighs 59 kgs.

How Rich is Oscar Valdez? Know About His Net Worth, Prize Money, Sponsors

Oscar Valdez has an estimated net worth of more than $2 Million. Valdez has accumulated most of his massive net worth through his successful career in boxing. In 2017, Oscar took home $400,000 to fight against Genesis Servania, whereas his opponent earned $55,000. This was one of the highest-earning for a single match. 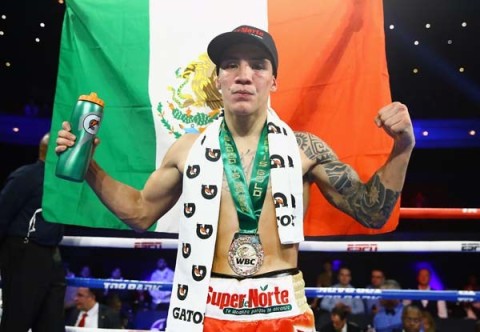 Oscar with his WBC Medal after the victory SOURCE: All Sports

The same year, the Mexican fighter earned more than $1.2 Million from his fight against Jason Sanchez, Adam Lopez, and Jayson Velez. In 2012, he signed a promotional contract with promoter Top Rank. Valdez penned a five-year deal and received an undisclosed signing bonus. 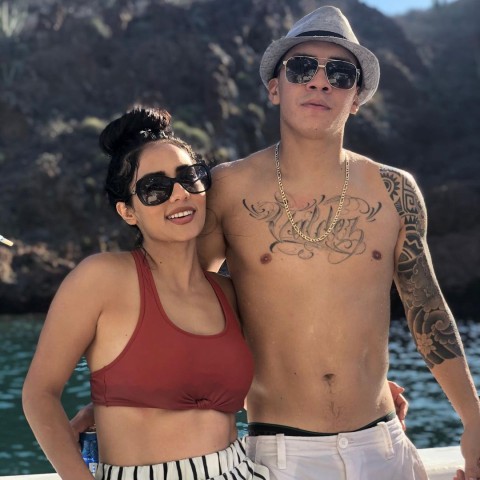 The love birds have been dating each other for more than six years. Valdez likes to spend time with animals like crocodiles, riding horses, dogs, and owns a few of them.

Oscar had successfully retained his WBO featherweight title in six matches. He has played a total of twenty-eight professional fights and is yet to lose a single fight. He is also the Silver Medal winner in the 2011 Pan American Games in Bantamweight category. Valdez is scheduled to fight Miguel Berchelt on February 20, 2021, for the WBC super featherweight title. This game is one of the most anticipated games in recent times.