Julia Budd is a Canada-based kickboxer and MMA fighter currently signed to Bellator MMA under the featherweight division. She has previously fought in Strikeforce and Invicta Fighting Championships. She is active since 2010.

Julia is also the inaugural Women's Featherweight Champion in Bellator MMA. According to Unified Women’s Rankings, she ranked #3 in 145-pound female MMA fighter in the world.

How Much Is Julia Budd's Net worth In 2020? Career Earning and Salary

As of 2020, Julia Budd has an estimated net worth of $0.5 million. Not to mention, her significant source of earning her MMA career.

Currently, Budd is signed to Bellator which is home to some great fighters, and they get paid quite well too. From his recent Bellator fight at Bellator 238, she pocketed $350,000.

According to the source, her career disclosed earning is $361,500.

Analyzing her Instagram account, she is living a lavish lifestyle. She often visits the worlds expensive holiday destination during her vacation.

Besides, there is no information about her real estate property and cars owned by her.

According to sources, she is a married woman. Her boyfriend-turned-husband Lance Gibson Jr. is also a former Canadian MMA fighter. He competed in the Middleweight and Lightweight division under MMA promotions like ExciteFight and Primus FC. He also has fought in UFC with a record of 1-1. 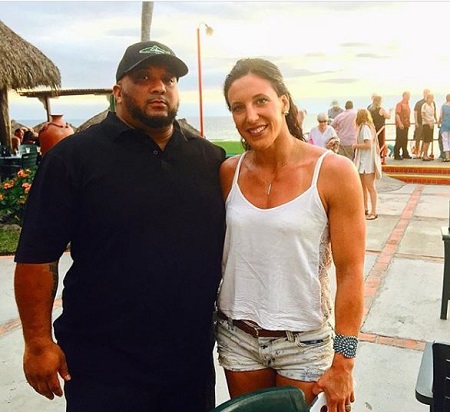 Her husband is her trainer. Julia met her husband Lance at the fighting event. They dated before their marriage and currently, they are happily living as a husband and wife. The couple has not mentioned about their children.

She is also associated with several charitable institutions that work for the prosperity of people.

Julia Budd is also admired by her fans for her hot looks. She has a good height of 5 feet and 8 inches.

Julia Budd was born on 4 July 1983 in Roberts, Creek, British, Columbia, Canada. She is a Canadian by her nationality. Her ethnicity is white. Her zodiac sign is Cancer.

As of now, there is no info available about her parents and siblings. She is a graduate of the University of British Columbia with a bachelor’s degree in human kinetics.

Julia Budd practiced Muay Thai for many years. She was also the only woman who defeated by American Gina Carano in Muay Thai competition. Her Muay Thai record is 10-2. At the end of 2008, she started training in MMA.

On Oct 22, 2010, Julia Budd landed her steps at Strikeforce Challengers 11 as an MMA fighter and in her first game, she defeated Shana Nelson via NKO in the second round. On January 24, 2011, she competed against de Randamie. She won via unanimous decision.

In Strikeforce, she also faced Amanda Nunes and Ronda Rousey and was defeated in both fights.

In 2012, she agreed to a contract with Invicta Fighting Championship. Her first fight in Invicta against Elina Nilsson. She defeated Nilsson via TKO in the first round. On Dec 7, 2013, she played her last fight at Invicta FC 7. She won the fight against Charmaine Tweet via unanimous decision.

Currently, she fights for Bellator MMA. On Oct 21, 2016, she won the fight against the Arlene Blencowe at Bellator 162.